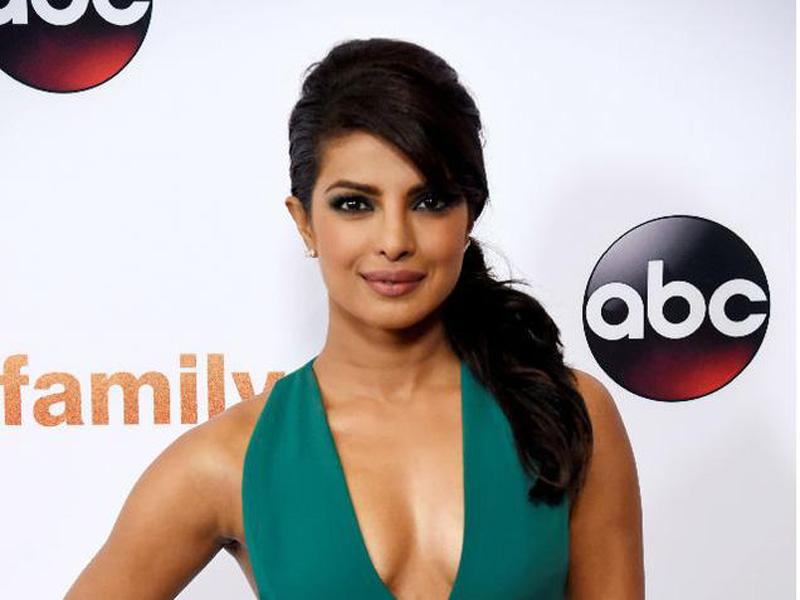 LOS ANGELES, Jan 1: After her stunning appearances at the Oscars and Emmys this year, Priyanka Chopra will make her debut at the Golden Globe Awards ceremony in 2017. The Bollywood actress will be one of the presenters at the upcoming 74th edition of the gala.

Priyanka — who is earning applause for her work internationally courtesy her American show “Quantico” and will be making her Hollywood debut with “Baywatch” next year – has joined previously announced presenters Anna Kendrick and Steve Carell.

Her name was announced via a post on the official Twitter account of the Golden Globe Awards, which read: “We’re also pleased to announce Timothy Olyphant, Justin Theroux, and Priyanka Chopra as presenters for the 74th Golden Globe Awards.”

The actress didn’t share any information about presenting the award at the upcoming gala, but re-tweeted the post. Other details about the category and along with which star will she present the award has not be announced yet.

Golden Globe Awards recognises excellence in film and television, both domestic and foreign. And the 74th edition of the award gala, hosted by Jimmy Fallon, will be held on January 8 next year.

This year, the “Bajirao Mastani” actress made her presence felt at the red carpets of the award galas on the foreign shores with her fashion and style quotient. She has found mentions in leading international portals’ best-dressed lists too.

At present, the actress is on a break from her international ventures and spending some time with her family in India. Priyanka is also going through scripts and deciding her next Bollywood projects. She has said that her goal is to do two Bollywood films in 2017.

NOC estimates its monthly loss at Rs 4.44 billion due to soaring oil prices in int’l market
12 hours ago

Violence against women sees spike in Suklaphanta Municipality
5 hours ago