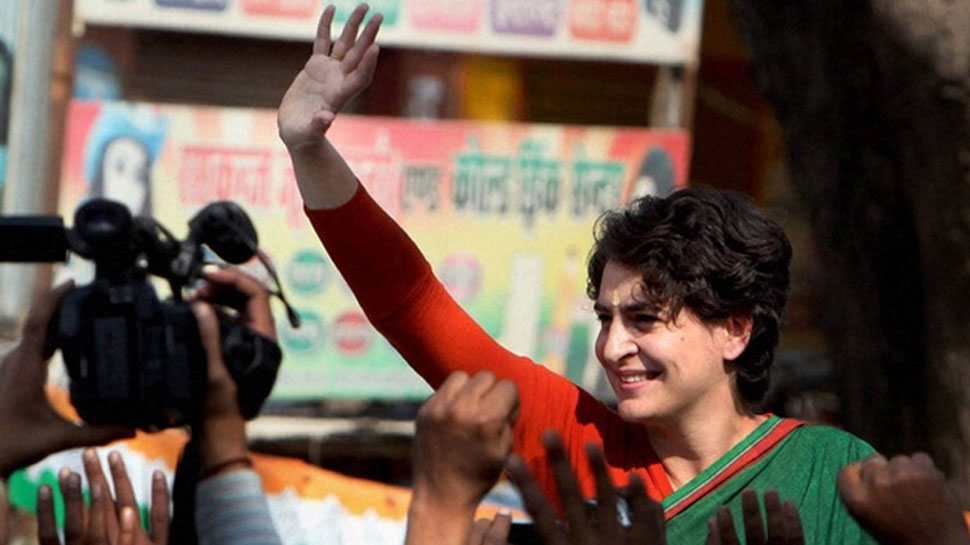 LUCKNOW, Jan 23: Priyanka Gandhi Vadra, considered for long the trump card of the Congress, was pitched into politics today from politically vital Uttar Pradesh, a state that's considered the gateway to Delhi. Winning Uttar Pradesh is vital for any party that plans to capture power at the Centre. But with the state currently dominated by Prime Minister Narendra Modi and BJP powerhouse Yogi Adityanath, it could turn out to be the toughest battle for the united opposition.

The Prime Minister's constituency is Varanasi, considered the heart of eastern Uttar Pradesh, and it is that area where Priyanka Gandhi has been made in-charge.

The BJP lost the seat last year to the combined force of Mayawati and Akhilesh Yadav.

The Congress decision to contest all 80 seats in the state comes as Team Mayawati - a combination of the Dalit leader, Samajwadi chief Akhilesh Yadav and Rashtriya Lok Dal chief Ajit Singh - are busy carving out the state among themselves. Only two seats - the Congress strongholds of Amethi and Rae Bareli, the seats of Rahul Gandhi and Sonia Gandhi - have been spared by the combine.

The move has demoralized the state's Congress workers, who were expecting the party to play a key part in alliance, especially in the aftermath of its victory in the heartland states of Rajasthan, Madhya Pradesh and Chhattisgarh in December.

The Congress leaders expect Priyanka Gandhi's entry would put heart in them. "Priyanka laao Congress bachao" (Get Priyanka and save the Congress) has long been a slogan of the party workers, who have a special regard for the younger Gandhi for her resemblance, both in looks and charisma, to her grandmother, former Prime Minister Indira Gandhi.

Priyanka Gandhi's earlier involvement in the elections in her home constituencies, however, has not yielded the desired results. While the Congress has managed to retain both Lok Sabha seats, it has lost a majority of the  10 assembly seats that come in that area.

The mechanics retrofitting cars with blast-resistant doors and bulletproof windshields in a Punjab garage have been flat out of late... Read More...

UML will stay neutral regarding the resignation of the Chief Justice: Oli
19 hours ago

Gold price up by Rs 200 per tola, silver price remains stable
17 hours ago

Light to moderate rain forecast for today
17 hours ago