Two dead in clashes on first day of India election 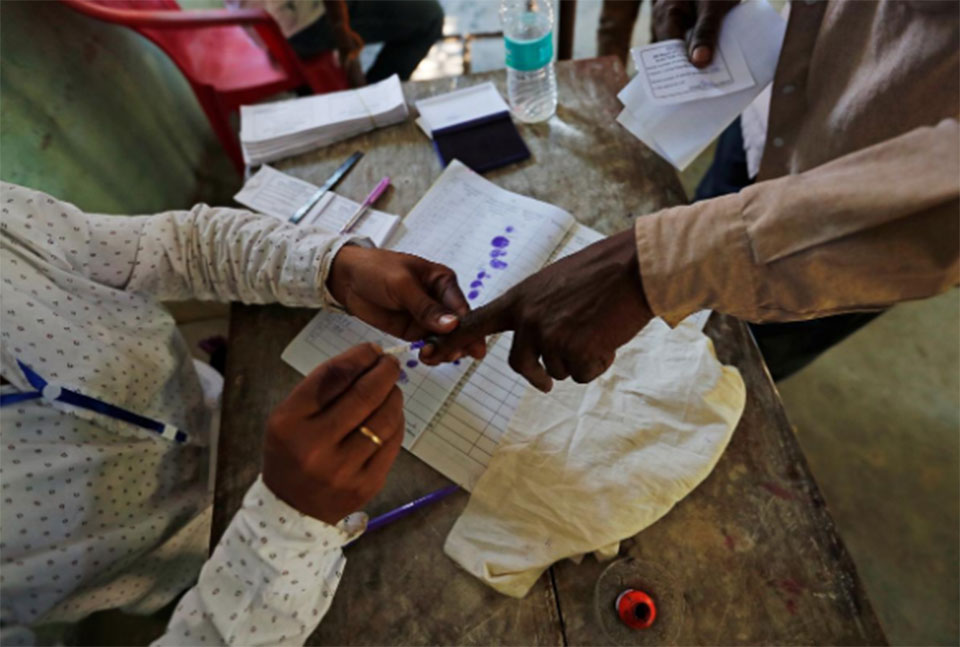 Activists of the Telegu Desam Party and the YSR Congress party, regional groups in central Andhra Pradesh state, fought each other outside a polling station in Tadipatri, Firstpost news website reported.

It added that two party workers were left in critical condition.

The two parties are in contention for 25 parliamentary and 175 Andhra Pradesh state assembly seats being contested on Thursday.

The rebel attacks in Chhattisgarh and Maharashtra briefly held up polling at one location but no injuries were reported.

Tensions often erupt during Indian elections, with an electorate of 900 million people and voting spread over nearly six weeks.

Border Security Force troops fired live ammunition in the air after a group tried to vote without the proper documents in Kairana, Uttar Pradesh, according to video footage shown by ABP news. No casualties were reported.

Five people were killed this week when a roadside bomb blew up a convoy in a remote area of Chhattisgarh, one of many states where Maoist rebels, who have been fighting the Indian state for decades, are active.

President did not follow rules and procedures: General Secy Gurung
41 minutes ago