Priyanka Chopra joins LinkedIn. Wait, is she really looking for a job? 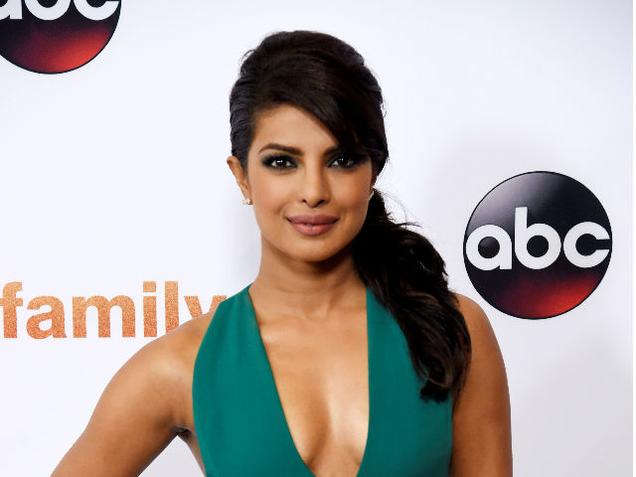 No, she is not. Actually, Priyanka Chopra has joined professional networking website LinkedIn as a LinkedIn Influencer. Priyanka shared the news on her Twitter account on Monday and posted the link to her profile on the portal. “Excited to be a LinkedIn Influencer…a new platform, a new audience, a new perspective,” she posted. A video interview of Priyanka with an official of LinkedIn India was played at LinkedIn’s Mumbai office on Monday.

“I’ve always had a penchant for business but am only just beginning to give wings to my entrepreneurial ambitions. It’s a whole new experience. So, what better way than to connect with this vibrant community on LinkedIn to share and exchange thoughts and ideas,” Priyanka said.

“We are excited that Priyanka Chopra is going to share her unique perspectives with millions of professionals on LinkedIn, in India and worldwide. There’s so much we can learn from, and be inspired by her success, as she continues to chart new highs,” said Akshay Kothari, Country Manager, LinkedIn India.

“Ms Chopra’s debut on LinkedIn as an influencer also underscores how far we have come as the platform for professional conversations and content, and our desire to invest to become even more relevant to audiences in India and globally,” he added. Priyanka’s profile on the website has a display image of herself. Her introduction reads: “Actor, entrepreneur, philanthropist…dreamer, do-er, achiever”

The actress has also posted her first article on the website with the heading: “Follow your instincts, believe in your uniqueness and never be afraid to leap into the unknown.” The article has her thoughts penned where she has pondered over the “past 16 years of my professional life”. One of the lines in her article reads: “We all make plans for our lives but most often are too scared or embarrassed about our ambitions to go after it wholeheartedly. And that’s where it all falls apart.”

She has traced the lessons she learnt over time starting from the turning point of her life when she was crowned Miss World in 2000.

After cementing her space in Bollywood with films like “Barfi!”, “Fashion” and “Mary Kom”, Priyanka launched international singles — “In my city” and “Exotic”. She followed them up by bagging the lead role as Alex Parrish in “Quantico”, which launched in 2015.

She also has a role in the big screen version of the widely watched TV show Baywatch. Priyanka is being lauded by many, including filmmaker Vidhu Vinod Chopra, for producing the Marathi film “Ventilator”.