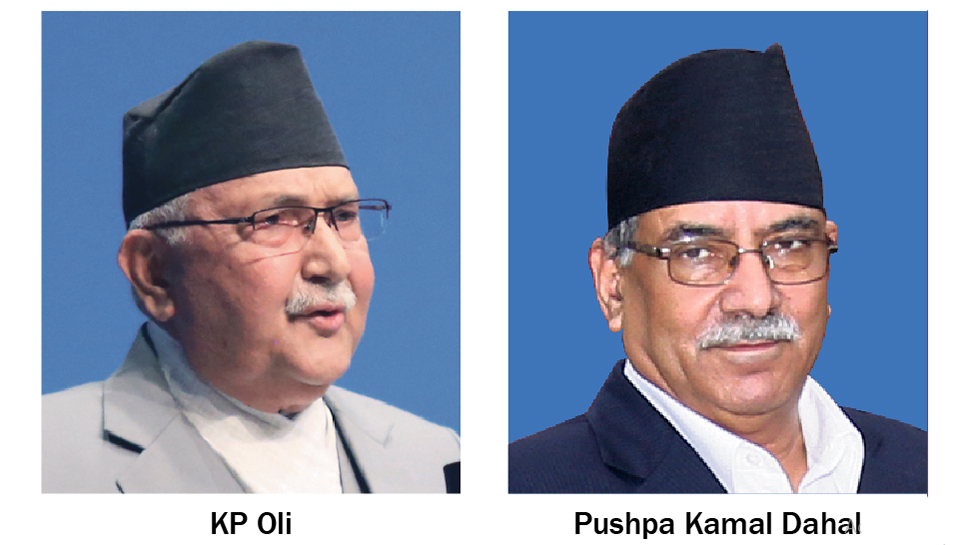 KATHMANDU, Sept 18: As the top leadership of the Nepal Communist Party (NCP) resolves the issue of allocating seats in the unified party among the former Maoist and former UML leaders, those from the Maoist side have stepped up pressure on party Chairman KP Oli to hand over his executive role in the party to the other party chairman, Pushpa Kamal Dahal.

The Maoists have been demanding that Oli allow Dahal to head the party single-handed just as Oli is heading the government. Shortly after their unification, the top leaders were busy allocating seats on the central and lower-level committees between the two sides.

Against the background of the party leadership resolving the seat allocations nearly a year and a half after the party merger and determining the responsibilities of all the senior leaders, the former Maoists are now stepping up pressure on Oli to accept Dahal’s executive role as the party chair.

In the course of sorting out the unification of the two parties, senior leader Bamdev Gautam has been placed third in rank after the two party chairmen. Senior leaders Jhalanath Khanal and Madhav Nepal have been named heads of the Policy Research Academy and the Foreign Affairs Department respectively. Both are party portfolios of substance.

Those close to Dahal said despite the settlement of almost all the internal issues in the party, leaders representing the former UML are still reluctant to let Dahal hold entire sway over party as agreed before the merging of the two communist entities.

Citing a five-point agreement reached between the chiefs of the then two separate communist parties, former Maoist leaders have been demanding that Dahal be allowed to lead the party single-handed.

“Power sharing between the two top leaders is already done and dusted. But implementation was delayed for some reasons,” said Mani Thapa, who represents the former Maoists. “It’s the right time to divide responsibilities between the two chairmen and let them lead the government or party separately,” he added.

Thapa complained that the performance of both the government and the party is not up to people’s expectations. “Allocation of work is necessary for delivering better results.”

In an attempt to confine Oli to his role as prime minister, former Maoist and disgruntled former UML leaders want to decide the power sharing between the two chairperson at the earliest. They are preparing to table a proposal at the party’s secretariat meeting slated to take place this week.

Addressing a public function in Jhapa last week, Dahal himself had publicly asked Oli to trust him to lead the party in the context of Oli already leading the government.

However, statements from those close to Oli indicate that Oli remains reluctant to hand over the party leadership to the former Maoist chairman. They said the upcoming secretariat meeting will not discuss any issue other than finalizing the candidates for by-elections.

“They are attempting to confer the party leadership on Dahal. But that seems not possible right now,” said an Oli aide.

Why did the people of Dharan elect independent Sampang as their mayor?
25 minutes ago