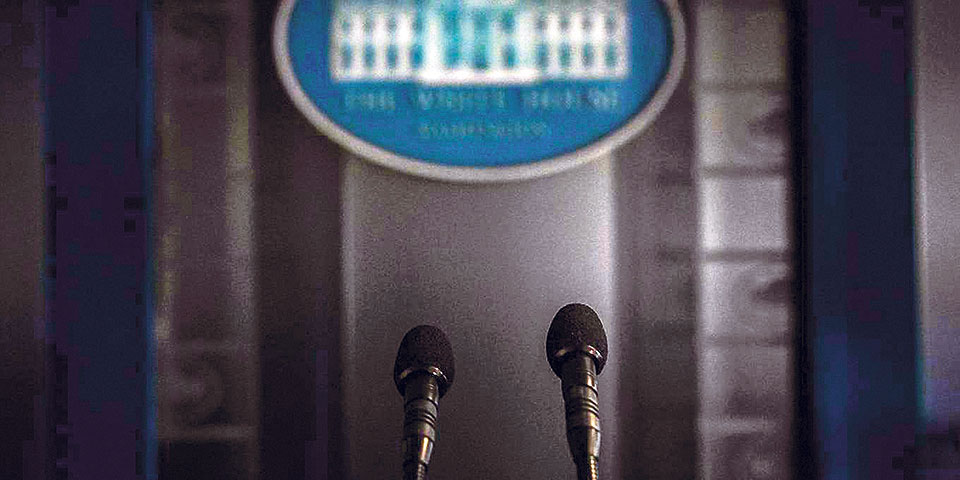 Populist leaders love the mass media, which enable them to spread their own ideas. But they hate journalism, which asks challenging questions and aims to hold them accountable. That is precisely why we must defend it

CARACAS – US President Donald Trump has labeled news outlets the “enemy of the people.” Brazilian President Jair Bolsonaro has called journalists “putrid” and “immoral,” and accused them of mounting “sensationalist attacks” against him. Mexican President Andrés Manuel López Obrador (known as AMLO) has labeled them “nobodies, conservatives, know-it-alls, hypocrites,” as well as “fifí” (bourgeois, pretentious) and “chayoteros” (a term implying that they take bribes).

Populist leaders love the mass media, which enable them to spread their own ideas. But they hate journalism, which asks challenging questions and aims to hold them accountable. That is precisely why we must defend it.

Trump, Bolsonaro, and AMLO—who, despite their differences, share nationalist views, populist tactics, and anti-democratic inclinations— have hardly limited themselves to rhetorical attacks. The Trump administration has severely curtailed press access to the White House. It has also revoked or suspended the press credentials of many journalists, based on reasoning so faulty or opaque that judges have ordered them restored.

Now, Trump has made another ominous break from tradition. Copies of a diverse array of magazines and newspapers, from the Financial Times to The New York Post, have long been delivered to the White House daily. This is standard operating procedure in a democracy: hubs of power must be well informed, and that means subscribing to all kinds of media, regardless of their editorial lines.

Trump, however, decided in October that neither the The Washington Post nor The New York Times— both of which he has often accused of bias and dishonesty—will be delivered to the White House any longer. “They’re fake,” he asserted in the Fox News interview where he announced his intentions. The Trump administration is urging other federal agencies also to cancel their subscriptions.

A week after Trump’s decision, Bolsonaro followed suit, canceling all government subscriptions to Folha de São Paulo, one of Brazil’s most respected newspapers. “I don’t want to know about Folha de São Paulo,” Bolsonaro declared, because reading that paper “poisons my government.” Advisers, he added, could always go to the newsstand and buy a copy— “I hope they don’t accuse me of censorship” –but no public funds would be spent on it. “And,” he concluded threateningly, “who advertises in Folha de São Paulo pays attention, right?”

Meanwhile in Mexico, AMLO has slashed the government’s media advertising budget, directing the cuts at papers critical of the government, such as Reforma. AMLO has leveled unsubstantiated accusations against Reforma that it favored previous administrations and is working for secret interests. The move’s implications are particularly significant in Mexico, where media are often dependent on government ads.

Mexico is also among the world’s most dangerous countries for journalists. It is unlikely to be made safer by a president who regards them as adversaries.

Using the state to punish specific media outlets for taking an unflattering editorial line is the purview of dictators. Turning newspaper subscriptions, media advertising, and journalist access into a weapon amounts to an assault on freedom of the press, expression, and information, which obviously poses a serious threat to democracy.

For example, Hugo Chávez, who ruled Venezuela for 14 years, relentlessly attacked the press, attempting to undermine its credibility and paint it as an enemy of the people. By pushing his own version of events and creating a hostile environment for independent news media, he achieved “communication hegemony.”

Chávez’s successor, Nicolás Maduro, has followed the same playbook. In recent years, more than 50 newspapers stopped publishing print editions, lowered their publication frequency (from daily to weekly), or drastically reduced their page counts and print runs, partly because exchange controls have blocked imports of newsprint. Add to that direct government pressure (such as lawsuits) and economic collapse (including hyperinflation), and Venezuela’s free media have been all but decimated.

It is no coincidence that Venezuela under Chávez and Maduro has suffered from catastrophic economic policies, large-scale corruption, and pervasive cronyism. Today, Venezuela is a full-fledged dictatorship, where the government’s political opponents are detained and protesters face brutal repression.

Venezuela is thus an object lesson in why attacks on media by Trump, Bolsonaro, and AMLO must be taken seriously. All media, both targeted and favored, should fight back, including by seeking injunctions in national and international courts. Journalists and others, such as academic associations, can pursue local-level initiatives aimed at defending the rights and freedoms of citizens and media.

NGOs can also help, not only by unequivocally expressing their opposition, but also by collecting and publicizing data on media freedom. Civil society should contribute its own full-throated defense of media, with citizens engaging in joint initiatives with media and their defenders.

An enemy of the free press is an enemy of democracy. We can’t say they didn’t warn us.

KATHMANDU, May 6: The Ministry of Communications and Information Technology has announced the 'National Journalism Award' and the 'senior journalist... Read More...

President did not follow rules and procedures: General Secy Gurung
42 minutes ago