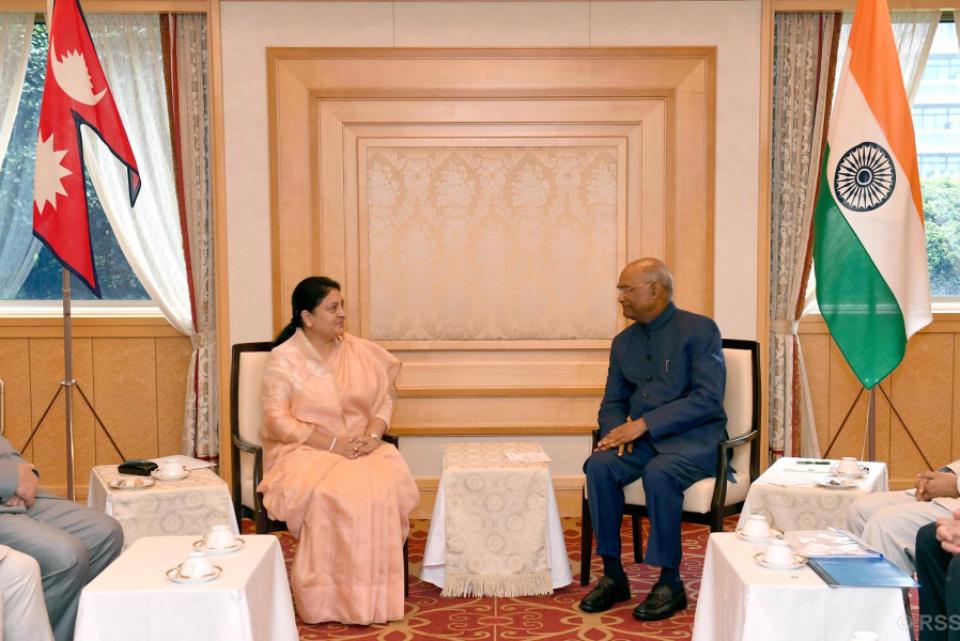 On the occasion, both sides expressed satisfaction over the current state of Nepal-India relations. They also agreed to further deepen the existing multi-faceted bilateral cooperation.

The two presidents expressed happiness over the progress made on the India-funded projects in Nepal. "They also noted the early completion of the cross-border petroleum pipeline saying that it was an exemplary project," Foreign Affairs Secretary Shanker Das Bairagi told RSS correspondent Shyam Rimal in Tokyo. 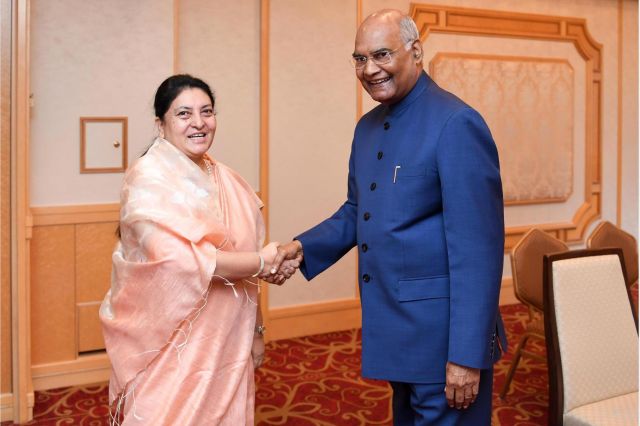 On the occasion, the Indian side extended gratitude to Nepal for issuing three different types of commemorative coins on the birth anniversary of Guru Nanak and Nepal Prime Minister's contributory article in a book published on the occasion of Gandhi Jayanti, according to the foreign secretary.