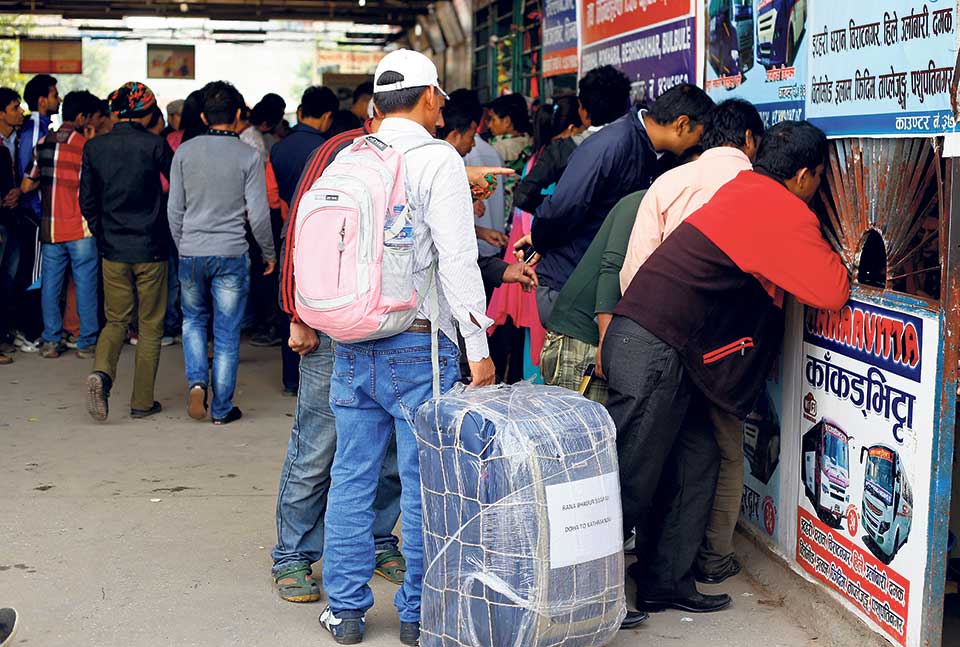 KATHMANDU, Sept 22: With the country’s biggest festival Dashain nearing, people are in dilemma about planning their visit to their home-towns as bus ticket bookings have not opened yet.

Federation of Nepalese National Transport Entrepreneurs Association and Department of Transport Management (DoTM) had earlier decided to open ticket bookings from Friday. However, on Thursday, the transport entrepreneurs decided to hold back bookings due to differences with the government on the petroleum and ticket prices.

Saroj Sitaula, general secretary of the federation, said that the government has to withdraw the increase in petroleum prices and revise ticket rates. Nepal Oil Corporation had recently increased petrol and diesel prices by Rs 2 and 3 per liter, respectively.

There are only 18 days left for the Dashain festivals to begin.

Talking with Republica, Gokarna Prashad Upadhyaya, spokesperson for DOTM, said that tickets of few bus committees have been opened for Dashain but that was not enough. He said they are talking with the entrepreneurs to give a way out.

Till now no decision has been taken on the entrepreneurs’ demand.