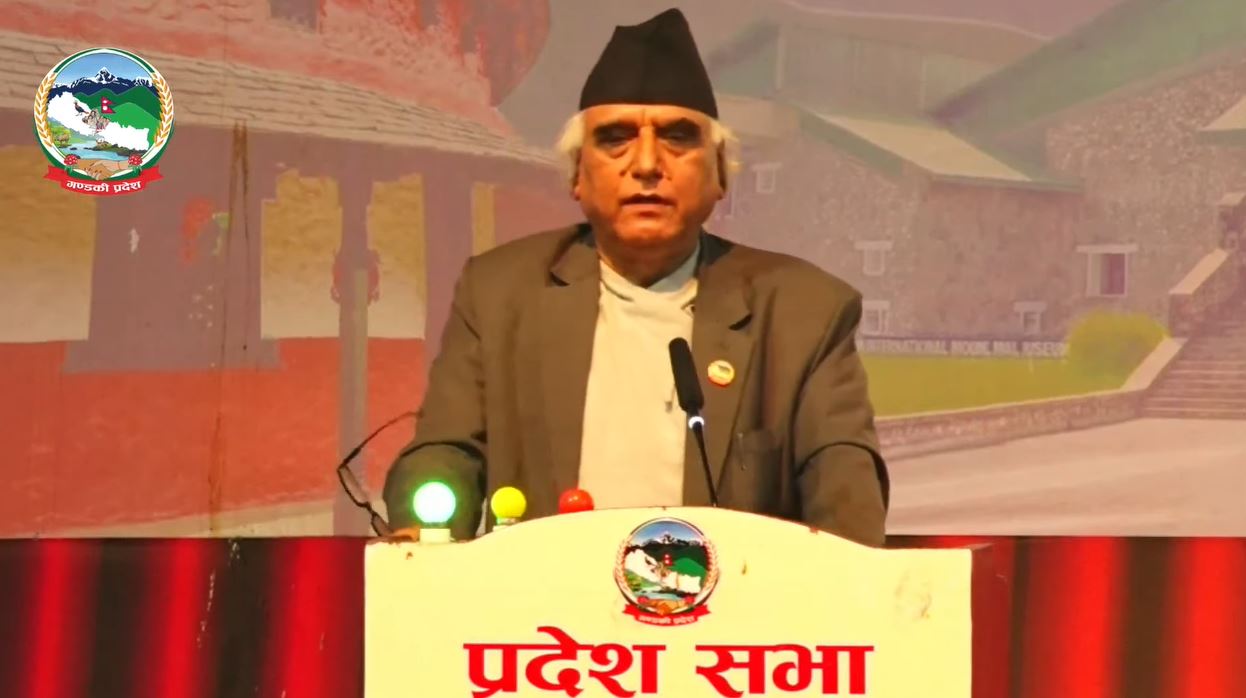 KATHMANDU, June 26: The power-sharing deal among the coalition partners in the Gandaki Provincial government has been finalized two weeks after the formation of a new government led by Nepali Congress (NC) leader Krishna Chandra Nepali Pokharel. The official announcement of the allocation of ministerial portfolios, however, has not been made public yet.

Pokharel was appointed as the chief minister of Gandaki Province as per Article 168(5) of the constitution on June 12. He appointed one member each from the parties which supported him during the voting in Provincial Assembly as ministers without portfolios in his cabinet on the day of his appointment as the chief minister.

Similarly, preparations are underway to give Madhu Maya Adhikari Gurung of CPN (Maoist Center) the Ministry of Health and Population and Hari Sharan Acharya of Janata Samajbadi Party (JSP) the Ministry of Energy, Water Resources and Drinking Water, according to Gandaki Province Government Spokesperson Kumar Khadka. JSP’s Acharya had also been demanding the Ministry of Finance for a long time.

Similarly, independent lawmaker Rajeev Gurung has received the Ministry of Youths and Sports in the Gandaki Provincial Government. Gurung had been demanding the Ministry of Physical Infrastructures in the new government.

According to Khadka, Chief Minister Pokharel has decided not to expand his cabinet immediately as there are a number of aspirants for the post of minister. He has fears that discontent among the lawmakers of the ruling parties over the ministerial portfolio allocation could make it difficult to endorse the budget through the provincial assembly. “New ministers will be inducted in the government only after the endorsement of the new budget. Chief Minister Pokharel does not have any plan to expand the cabinet prior to that,” said Khadka.