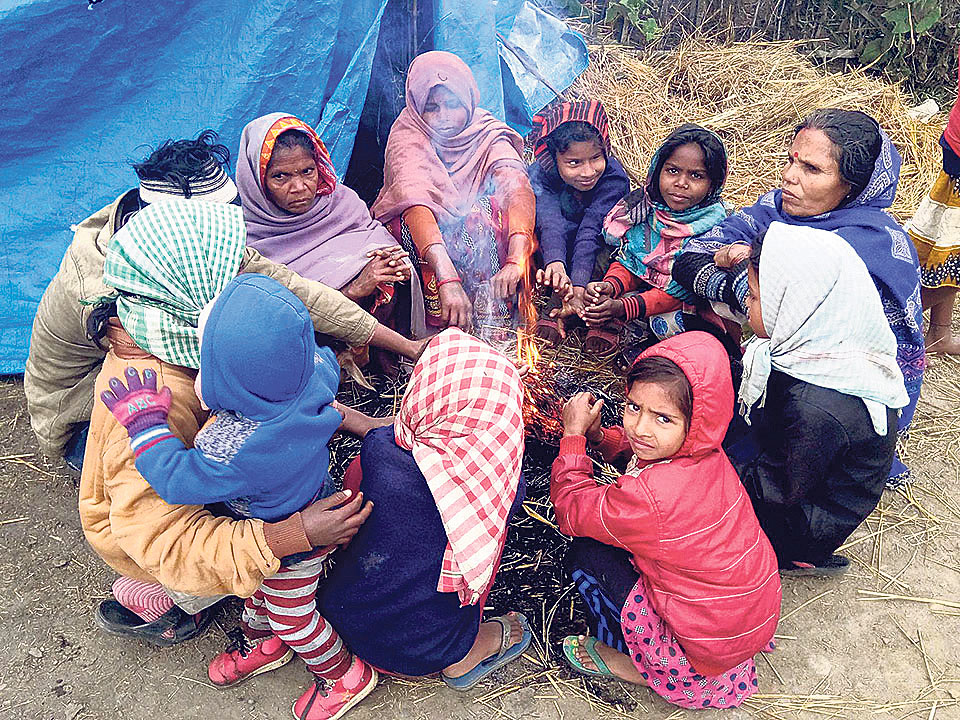 There are ways to reduce poverty. All that Nepal needs is the political will and commitment to change the lives of the poor

Poverty is the problem worldwide and Nepal is no exception. Ending “poverty in all its forms everywhere” is one of the main agendas of 17 Sustainable Development Goals unveiled by the UN in 2016.

Officially, poverty has been measured in Nepal by Central Bureau of Statistics (CBS) under National Planning Commission since 1995/96 following Cost of Basic Needs (CBN) approach developed by the World Bank. This is also the best practice to measure monetary poverty. In 1996, on the basis of first round of Nepal Living Standard Survey (NLSS), CBS declared that 42 percent people were living below poverty line. In 2004, by conducting second round of NLSS, CBS said 31 percent people were below the poverty line. In 2011, that percent came down to 25.16.

This shows that poverty has been reduced by more than 16 percentage points in a decade and a half. As per the latest information by Ministry of Finance, there are only 18.5 percent people living below the poverty line in Nepal.

Poverty can also be measured though Multi-Dimensional Poverty Index (MPI). This approach is based on different dimensions and indicators of human welfare such as health, education and living standard. As per the latest information provided by the National Planning Commission, the federal level MPI in Nepal is 28.6 percent. But the province-wise level of poverty is higher in four provinces. The MPI in province 1,2 and 3 is 19.7,47.9 and 12.2 percent respectively. It is 14.2, 29.9, 51.2 and 33.6 respectively in Gandaki Province, Province 5, Karnali Province and Sudurpashchim Province respectively. The highest MPI is found in Karnali province and the lowest in Province 3. The difference between these two is of 39 percentage point. Such difference indicates that there is a wide gap between provinces in multidimensional poverty. This calls for an effective policy and program to reduce multidimensional poverty.

Nepal has adopted federal structure in its political system. It is more favorable for reducing poverty due to decentralization of power sand financial resource. Federal finance is based on some principles such as efficiency, economy, uniformity, elasticity, resource transfer, coordination, self-sufficiency and desired effect. Revenue can be collected with minimum administrative cost and there is no distribution of collected revenue in an arbitrary manner. Resource can be distributed for the purpose of desired effect, unlike in unitary system.

In a federal system, there is not much distance between the government and the people. Government officials can understand the day-to-day problems of the general public directly and can launch different development activities including poverty reduction program even at local level.

People contribute to the government by paying tax. Thus they watch how the tax is collected and allocated to different purposes. Such a transparent method can contribute to the maximum utilization of resources especially for poor groups to uplift their living standards. This ultimately helps to reduce poverty.

Development activities cannot be sustainable without active participation of the people.   In a federal system, there is higher level of participation. Due to direct and mutual co-operation among government employees, political leader and general public, poverty reduction program can be launched more effectively.

Local and provincial governments have the right in both political and economic matters. Governments not only deliver regular services but also perform activities related to health, education, transport, communication, agriculture and industry. This makes the economy self-sufficient and at the same time creates more employment opportunities. Priority can provide for the people living below poverty line to engage in employment.

Gainful employment is one of the basic requirements for poverty reduction. The industrial sector has not been expanding fast enough to offer work to the growing labor force. Expansion of industrial sector is necessary for employment generation. This will also help to shift excessive dependency of manpower from agriculture to industrial sector. Creation of skilled manpower is absolutely necessary. Minimum wage should be increased so as to lift people above the poverty line. Increasing wage rate also reduces labor flight across the national border and at the same time it reduces domestic labor crises. Steps must be taken to close the gender wage gap too. Quality education is another poverty reducing measure which provides active and productive manpower in the context of educational unemployment. Commercial farming provides full employment to the farmers suffering from seasonal unemployment. Agriculture intensification along with industrial expansion is the basic measure for sustainable employment generation. Remittance inflow can be used in agriculture intensification and industrial expansion for employment generation.

There are ways to reduce poverty. All that Nepal needs is the political will and commitment to change the lives of the poor.

The author is Associate Professor of Economics at Saraswoti Multiple Campus, Kathmandu

KATHMANDU, Dec 9: The Central Bureau of Statistics is making preparations to conduct the 12th national census from June 8... Read More...

It is difficult to run hotels according to the prevailing policy: HAN
15 hours ago

Chitwan extends prohibitory order for a week
13 hours ago

It is difficult to run hotels according to the prevailing policy: HAN
15 hours ago