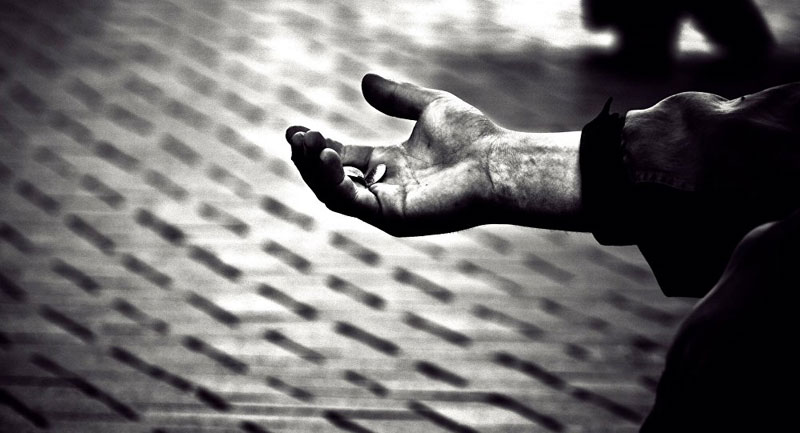 The cost of eradicating poverty appears to be somewhat less than $100 billion actual dollars
Poverty is humanity’s cruelest affliction. If you are extremely poor, you can’t afford to avoid even the easily curable diseases that cause every sixth human death. Your lungs are likely to be filled with indoor air pollution, because, like 2.7 billion others, you cook and keep warm with fuels like dung and wood—with the same effect as smoking two packs of cigarettes every day. An inadequate diet makes your children grow up physically stunted and impairs their cognitive development, costing 4-8 IQ points on average. Such deprivation leads to profound stress and despair, making it difficult to act in ways that improve your life.

Of course, the world has made great progress in the fight against poverty. In 1820, nine out of ten people lived in extreme poverty. The World Bank estimates that for the first time in human history, the global poverty rate dropped to single digits in 2015. Today 9.1 percent of the world’s population, or almost 700 million people, live on less than US $1.90 per day (or what used to be one dollar in 1985).

This $1.90 threshold for extreme poverty is a really tight limit: it is not what a wealthy tourist could buy in a low-cost, developing country. It is what an American could buy in the United States for $1.90. The level is adjusted to the equivalent purchasing power in the local currency.

The late economist Anthony Clunies Ross made an initial attempt to calculate the cost of solving the poverty problem forever, by estimating how much money would be needed for cash transfers to lift every single person on the planet out of poverty.

Let’s update his approach (an exercise also carried out recently by the Brookings Institution). We can start by looking, for example, at Indonesia—with some 257 million people, the world’s fourth-most populous country. Just 20 years ago, about half of Indonesians were poor, whereas in 2014 (the most recent estimate) shows just over 8 percent, or 21 million people, below the $1.90/day threshold. On average, these Indonesians are 29 cents short of $1.90; so 21 million people need 29 cents more every day—or about $6 million in total—to get out of extreme poverty. Over a year, that adds up to $2.2 billion.

Since this is based on what Americans could buy for $2.2 billion in the United States, the actual cost in Indonesian rupiah would be much lower. The exchange-rate cost would be about $700 million in actual dollars.

With an estimated 268 million people in extreme poverty in the latest survey from 2011, India is home to the largest absolute number of poor people on the planet. Each is on average 38 cents a day below the extreme poverty line. For India, the cost adds up to almost $11 billion exchange-rate dollars.

The most expensive countries in which to end poverty would be the Democratic Republic of Congo and Nigeria. In the DRC, 77 percent of the population is extremely poor and falls a dollar short of the poverty line, on average. Combined with a weak exchange rate, the cost for the DRC runs to more than $12 billion actual dollars.

Adjusting for the lack of data from states like North Korea, Yemen, and Zimbabwe, the total cost of eradicating poverty based on the latest available data appears to be somewhat less than $100 billion actual dollars. Brookings has extrapolated previous trends and data from other countries within regions, and finds that the cost in 2015 could well be as low as $75 billion annually. To put this figure in context, the world spends $140 billion on development aid each year.

Of course, this is a thought exercise with limits. In the real world, it would not be possible to identify all of the world’s needy poor and distribute exactly 29 cents or 38 cents without incurring much higher costs. But it does let us identify the scale of the world’s biggest problem.

It is expected that there will be slightly fewer than 400 million poor in 2030, and income growth should almost completely eradicate poverty by 2060. Based on this information, we can estimate the aggregated future cost of eradicating poverty at about $1.5 trillion. If we set aside the money now in a fund (which would accrue interest over the next 45 years), we would need a little less than $1 trillion to eradicate human poverty forever.

A trillion dollars sounds like a huge deal. In fact, it is equivalent to roughly 1 percent of annual global GDP, 18 months of US military spending, or one-twentieth of US national debt. It is also equivalent to the cost implied by just one year of the Paris climate agreement, which promises—if we keep paying a trillion every year—to rein in temperature rises by 0.17°C in 2100.

The real tragedy is that the best solution to poverty would not cost a thing. Broad-based economic growth has always been the most effective pathway to reducing deprivation: over 30 years, China’s economic growth spurt lifted an unprecedented 680 million people above the poverty line. A global free-trade agreement—such as a successful conclusion to the stalled Doha Development Round—would likely lift another 160 million people out of poverty.

Global skepticism about free trade on the part of US President Donald Trump and others means that we are missing out on an incredibly important opportunity. In the meantime, we should champion the most powerful development investments: spending on child nutrition, immunization, early childhood education, and scholarships for girls can lead to meaningful, lifelong improvements in health and income levels.

But we should also realize that, for the first time ever, an end to poverty is actually within humanity’s financial reach. And we should challenge our political leaders to account for expensive policies that achieve much less.