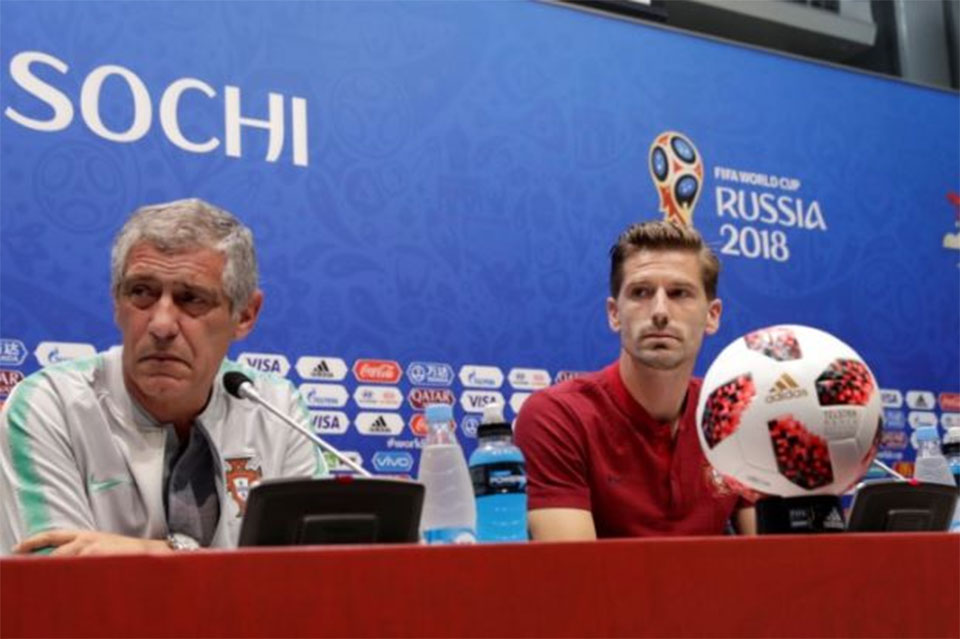 RUSSIA, June 30: Portugal coach Fernando Santos once again stressed the importance of his other 22 players around main man Cristiano Ronaldo as they prepare to face Uruguay in the World Cup last 16 on Saturday.

When the inevitable question about Portugal’s record goal-scorer Ronaldo came, the 63-year-old’s face broke into a grin.

“I just got another free coffee, because I bet on this question! I get the coffee. Thank you for the question,” he told a news conference.

“Everybody knows that any team in the world depends on its players, and of course we have one of the best in the world, but you can ask the Uruguay coach the same question about Suarez, Cavani - you have great players in every team,” Santos added.

Much like his own side, Santos believes Uruguay’s strength lies in the collective, as well as the canny coaching of Oscar Tabarez.

“The greatest virtue of the Uruguay team is that they are Uruguay. You have a coach who has been working with them for 12 years, very experienced, very high-quality,” he said, adding that they have yet to concede a goal in 2018.

Santos played down suggestions that fans might be in for a boring game as two teams with water-tight defences face off.

“Tomorrow is very different from the group stage, where the points matter - tomorrow, either you win or lose.”

Portugal opened their World Cup campaign in Sochi with a thrilling 3-3 draw against Spain, and midfielder Adrien Silver said his team have what it takes to score against a Uruguay rearguard that has not been breached this year.

“I think that shows their organisation, but I hope we’re going to be the ones to break that,” he said.

“I think we have quality, individually and especially collectively, and we know that we’re going to face a team that are very strong. We have assessed their weaknesses and their strengths, and we have prepared,” Silver added.

Dec 25: Manchester United have created fewer chances than Southampton in the Premier League this season, but after Romelu Lukaku’s... Read More...

Actor Ranveer Singh says that his forthcoming film Befikre has a nice story apart from the much talked about kissing scenes. ... Read More...