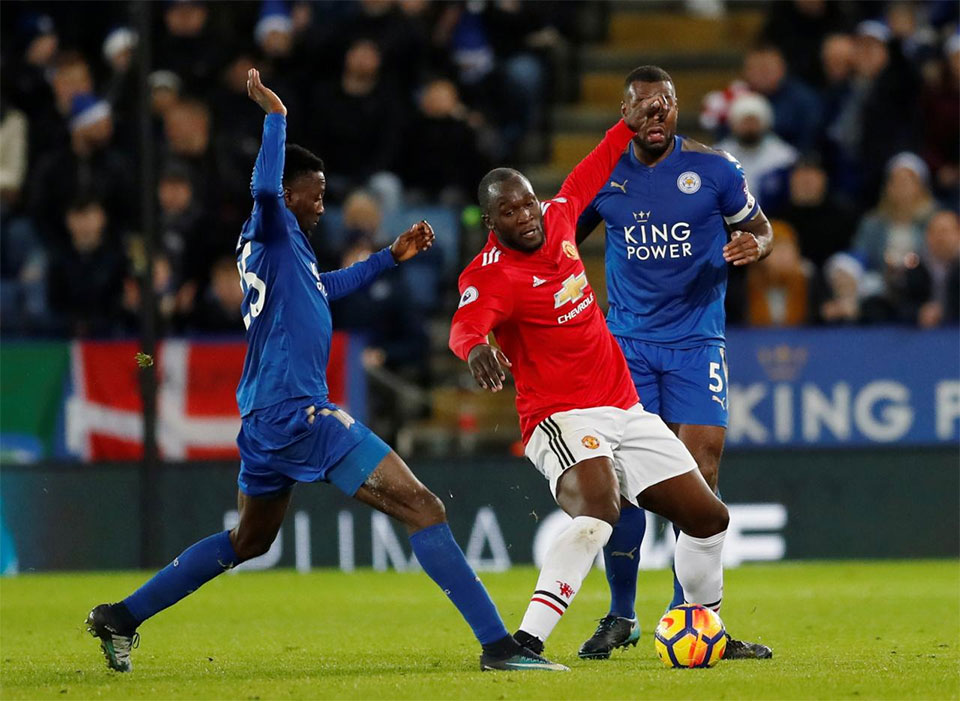 Dec 25: Manchester United have created fewer chances than Southampton in the Premier League this season, but after Romelu Lukaku’s performance as a creator against Leicester City, Jose Mourinho may have found a new way for United to stay in the title race.

United made a blistering start to the season, winning four of their opening five league games, scoring 16 goals in the process, with the attack spearheaded by new striker Lukaku.

However, after scoring 10 in his first nine games in all competitions, the goals have dried up for the Belgian, with Mourinho’s side now trailing league leaders Manchester City by 13 points.

United welcome Burnley to Old Trafford in the league on Tuesday with a busy festive schedule kicking in - the perfect time for Lukaku to have found a new facet to his game when not scoring.

On Saturday, the striker fulfilled an unfamiliar role, with no other player at the King Power Stadium creating more chances for team mates.

“Lukaku’s role has been different,” former United defender Gary Neville said. “The chances that he has created should have killed the game off. His contribution will please Mourinho.”

Lukaku created two big chances for Martial and Jesse Lingard with defence-splitting passes, but both were not converted which cost United as Leicester snatched a last-gasp point.

Such profligacy against Burnley would mean that United’s hold on second place in the standings would be under threat, as Chelsea lurk three points behind in third.

Paul Pogba has five assists to his name despite having played just nine Premier League games, but such ability on the ball makes him a marked man. Lukaku, on the other hand, is a relative unknown in the creativity department. Having created just three big chances all season prior to Saturday, Lukaku proved he can adapt his game to give Mourinho more options.

Over a busy festive period, where any slip up by runaway leaders Manchester City could see United at least put pressure on their rivals, Lukaku could silence his doubters in other ways than just scoring goals.

Momina Mustehsan: I wanted to be known as more than just a pretty face

Momina Mustehsan, who shot to fame in 2016 after singing Afreen Afreen with Rahat Fateh Ali Khan for a Pakistani... Read More...