Those arrested have been kept at Nepal Police Health Club

KATHMANDU, Sep 26: At least 17 supporters of senior orthopedic surgeon Dr Govinda KC, who were staging a protest at Maitighar by wearing the face masks of Prime Minister KP Sharma Oli, were arrested on Saturday afternoon.

The arrested were taken under control on the charge of publicly lampooning PM Oli, according to the Metropolitan Police Range, Teku. “They [arrested] also tried to protest at the restricted zone in Maitighar,” said Senior Superintendent of Police Shyam Lal Gyawali.

The arrested have been kept on the premises of the Bhrikutimandap-based Nepal Police Health Club.

A group named “Solidarity with Dr Govinda KC” had organized a protest at Maitighar after the government showed apathy in fulfilling the demands presented by Dr KC. They [Dr KC’s supporters] staged a protest by putting on the face masks of PM Oli.

Dr KC has been staging his 19th hunger strike for the last 13 days demanding reforms in the medical sector. He is admitted to the Tribhuvan University Teaching Hospital, and his health condition has already started to deteriorate. 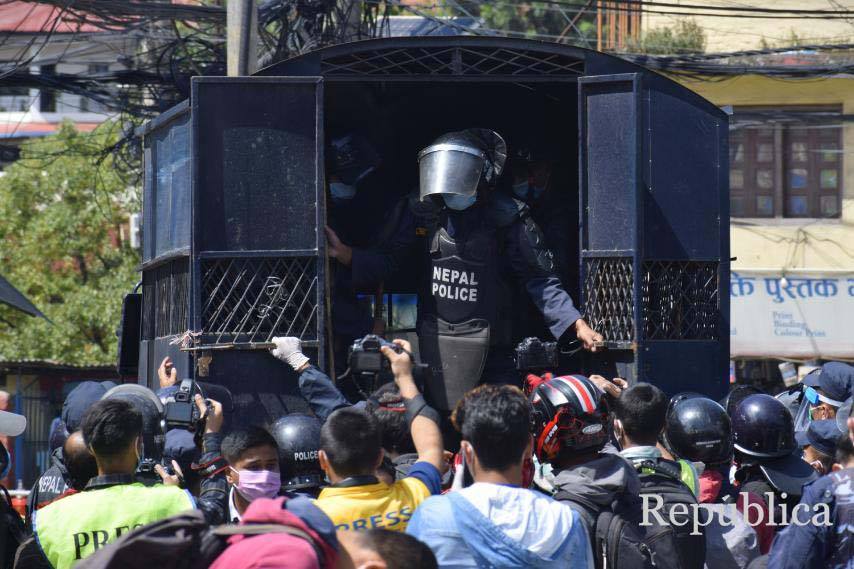 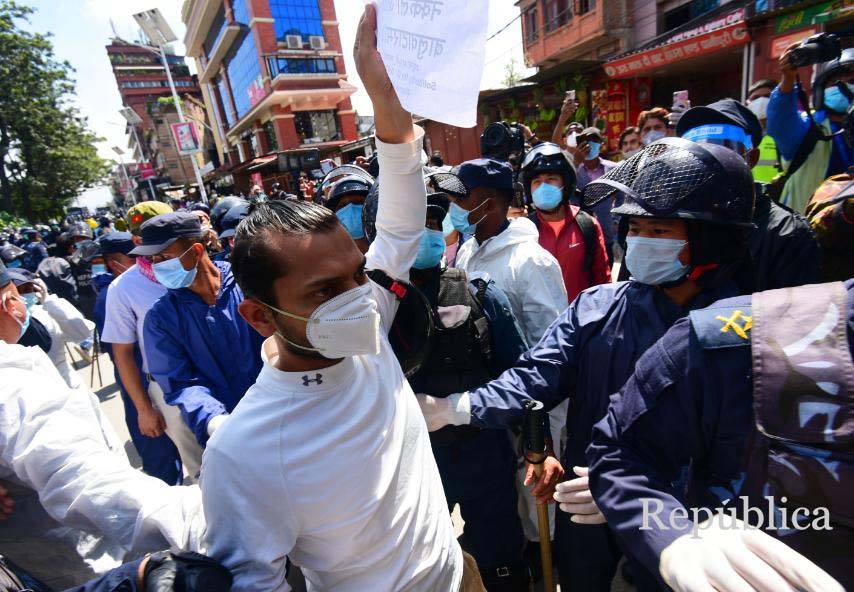 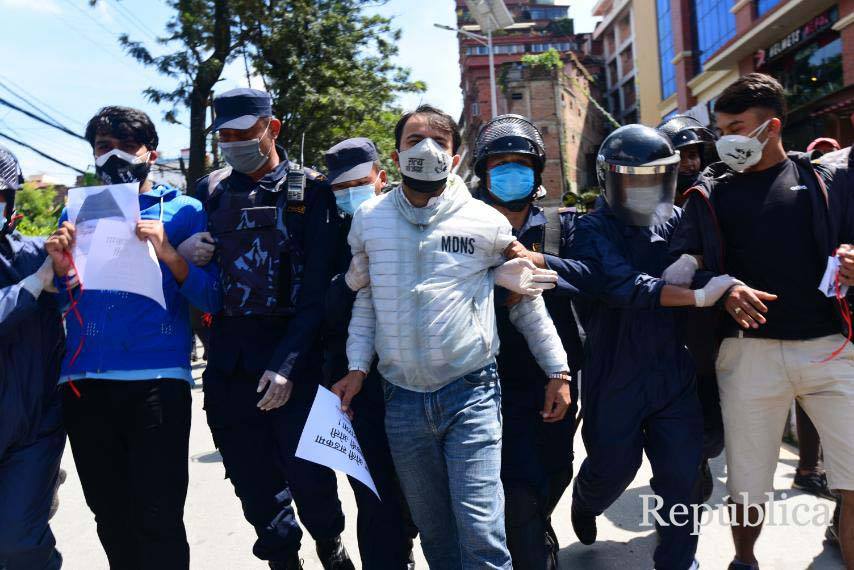 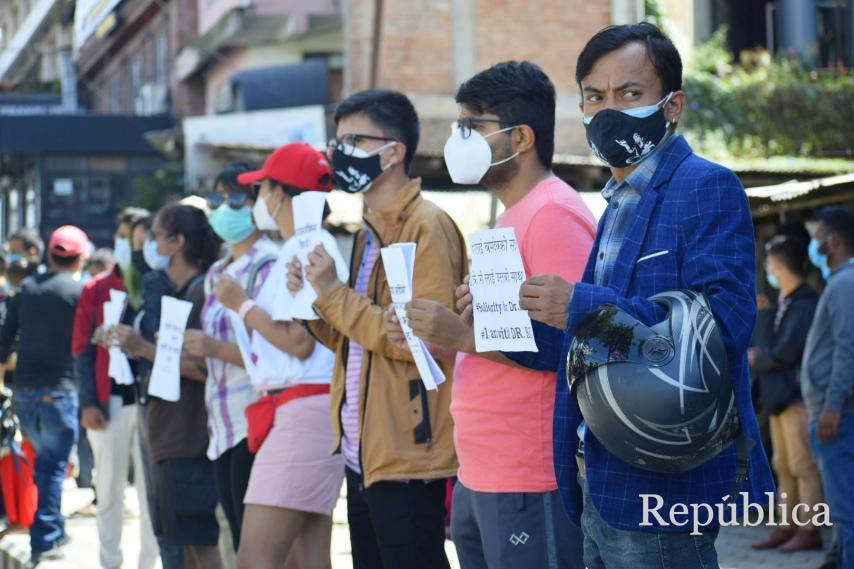 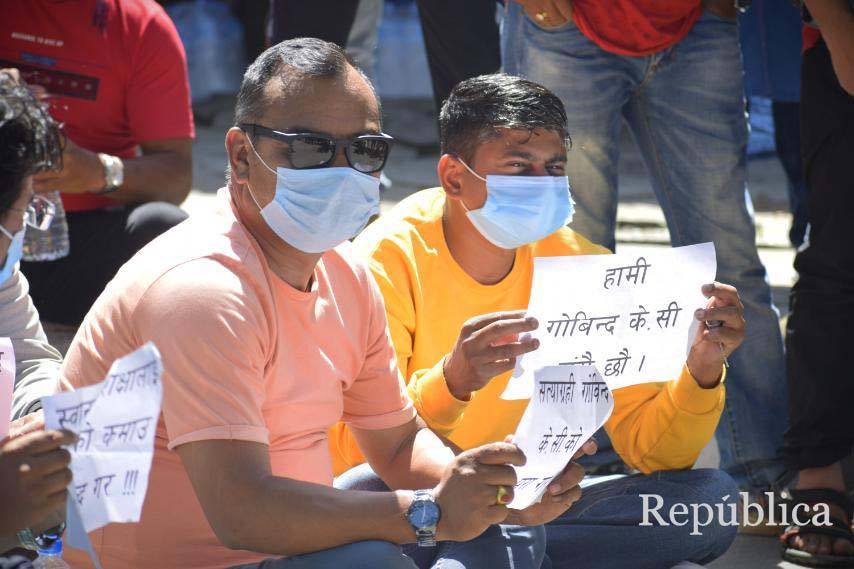 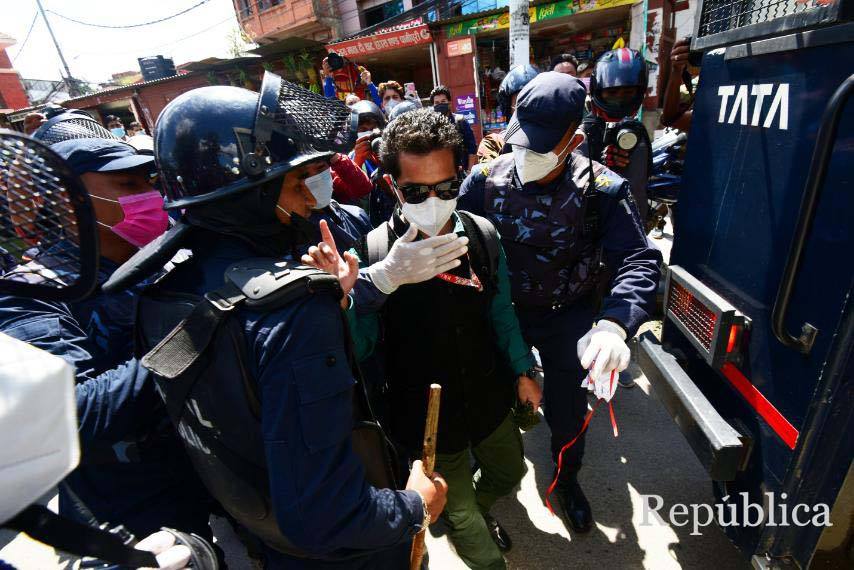 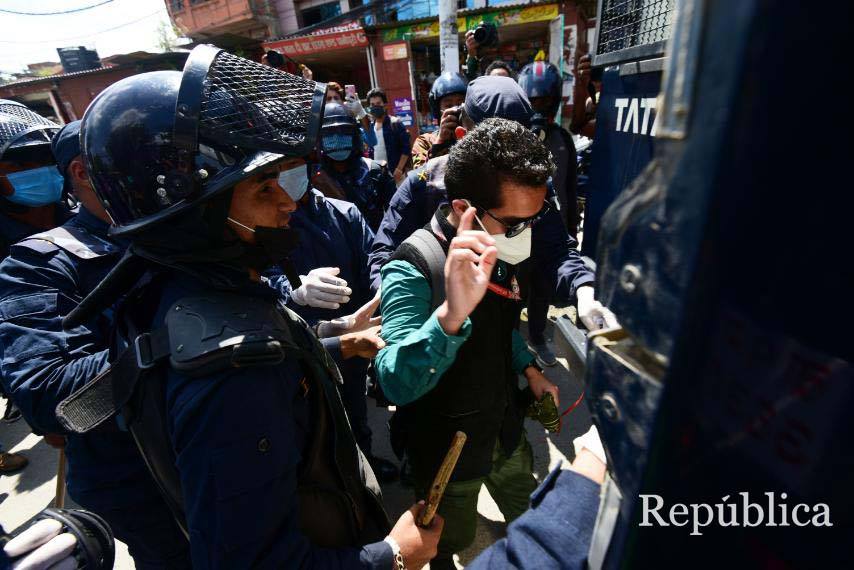 KATHMANDU, Oct 9: The demands presented by senior orthopedic surgoen Dr Govinda KC are politically driven, and are not only... Read More...

KATHMANDU, Sept 25: Minister for Culture, Tourism and Civil Aviation, Yogesh Bhattarai has said that there is no alternative to... Read More...