Poaching and smuggling unabated under the nose of local authorities 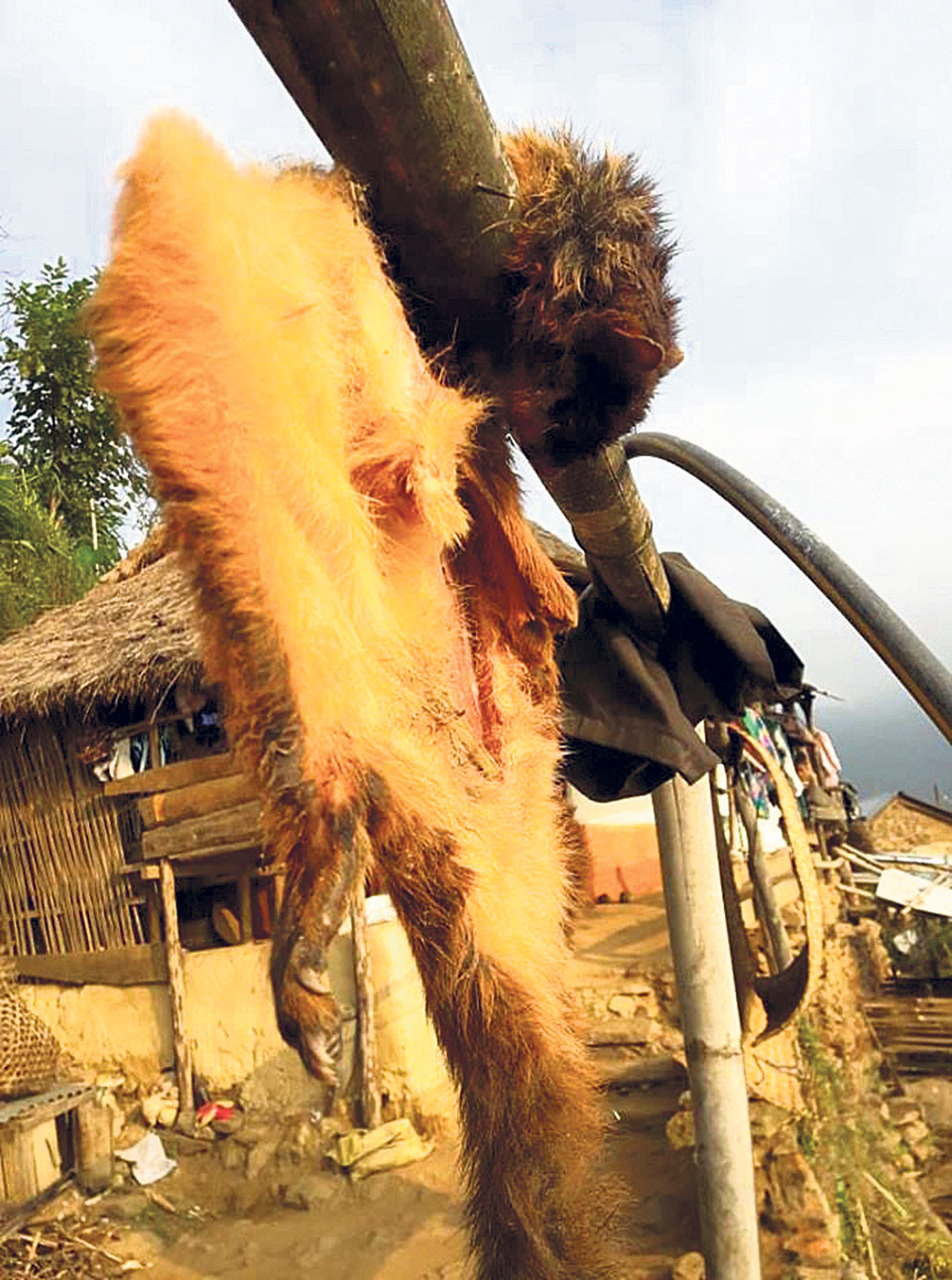 TEHRATHUM, Nov 11: A large number of wild animals has become the victim of poaching and hunting in private and community forests of Tehrathum in the last few months.

The decreasing number of wild creatures in the jungles is a result of poachers openly wandering in their habitat with their guns and traps. Businesspersons from other districts persuade the locals to hunt animals in temptation of money.

Reportedly, the skin of leopard and deer, skull of pangolins and meat of various animals such as porcupines, pheasant among others are smuggled through the villages of Athrai and Mencheyayam rural municipalities and Laligurans Municipality.

These valuable animal parts and meat are secretly sold in the market areas for lucrative amount. Various delicacies are prepared from the meat of these endangered animals, which are greatly enjoyed by people. In the past, sighting porcupine, deer, pheasant, rabbits among others was common but now they are hardly seen in the forests, says Krishna Kumar Limbu of Laligurans Municipality.

He claimed that the meat and body parts of these animals are easily found in the market areas. Tulasi Sangroula, chairperson of Community Forest Users Group in Province 1 said that poaching of these rare species would affect the ecosystem and result in their extinction as well as cause various other problems in the ecosystem.

He urged the people to not to kill wild animals which has been strictly prohibited by the law. A large number of animals have been pushed toward extinction due to the irrational human activities. Despite being aware of the miserable condition of these animals, the responsible authority is turning a deaf ear.

The District Administration Office (DAO) has repeatedly urged the poachers to hand over their guns to the administration but the request has always been neglected. In the recent days, Sakrantibazaar of Tehrathum, Bansantapur of Laligurans Municipality, Jirikhimti of Myanglung and Guphapokhari of Sankhuwasabha have been developed as the main transits for animal trade and smuggling.

Nar Bahadur Ambung of Myanglung Municipality expressed his disappointment toward the responsible authority for not taking initiatives to curb hunting, poaching and smuggling in the rural areas.

BAGLUNG, June 27: The Dhorpatan Hunting Reserve has collected revenue worth over Rs 4.6 million in the current fiscal year.... Read More...