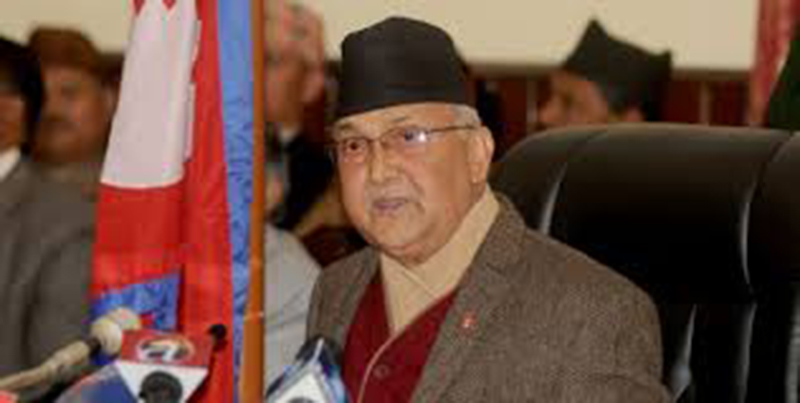 Speaking on the occasion of the 15 anniversary of the Madan Bhandari Memorial College here in the capital today, PM Oli added that the late leader Bhandari used to think about the social justice, as he had versatile, scientific and broader thoughts regarding the national development and patriotism.
He shared that the government was working out to bring a new education policy and system as the current policy and system had weaknesses.

PM Oli asserted that the new generation should provide appropriate environment to let their interest and capacity to flourish.

Similarly, Sudan Lamichhane and Rama Parajuli were also felicitated with gold medals as they had scored highest marks in Higher Secondary Education Board (HSEB) exams.

PM Oli remembered that the difficulty during establishment phase of the college as they faced fund crunch and lack of infrastructure; however, they had only determination and will power.

He said the students studying in the college should hone their talent, be disciplined and well mannered, adding that most of the college students are the same.