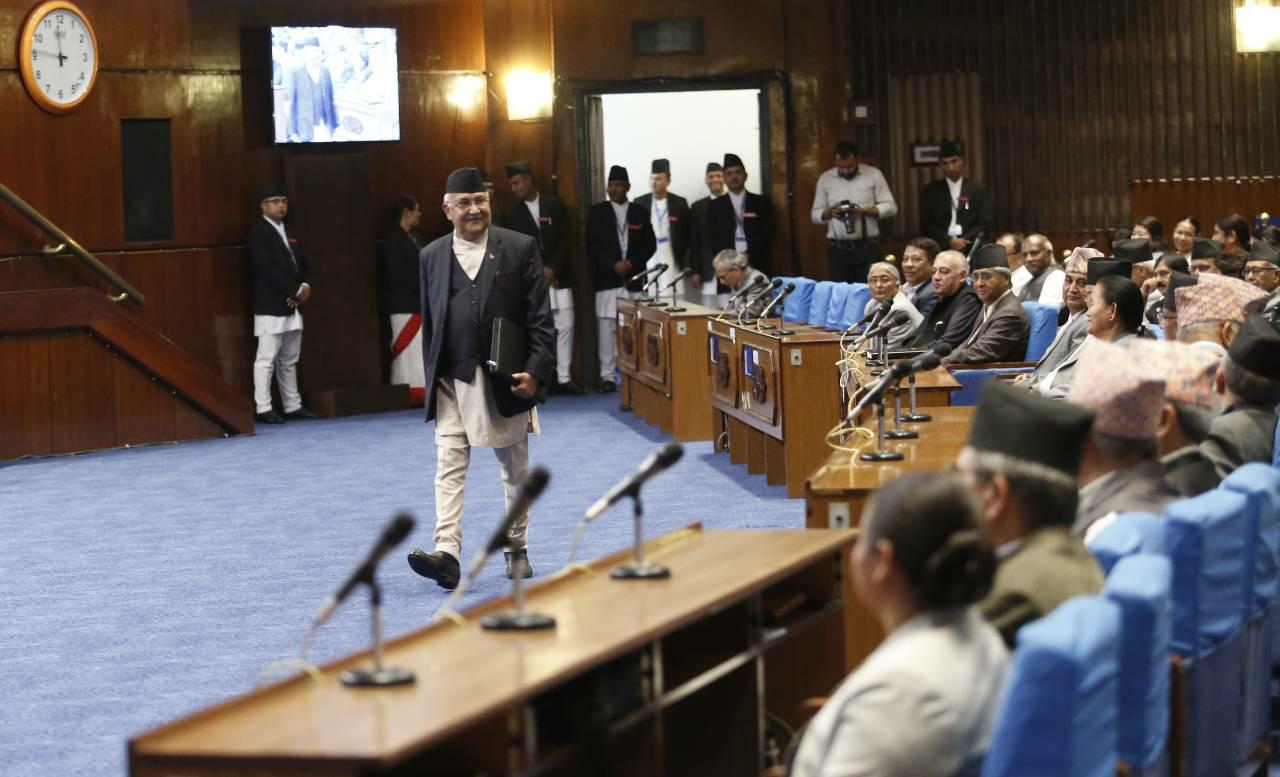 “I accept this is ambitious, but not unachievable,” Oli said as he expressed the government’s commitment to bring change and development in the country as Nepal couldn’t afford to be poor, especially with all the natural resources and diversities. “These programs, along with its focused activities, will help to push the country towards development and prosperity,” he said adding that the programs were not a dream.

Moreover, he added that after the elections, it was crucial to fulfill the aspirations Nepali people had because “Nepal and Nepali could not afford to become poor all the time.”

Oli said that post elections, it was important to speed up development across all sectors as they would help to achieve overall goals set by the government because ‘transforming the country would take time, but they’d have to make a start at some point of time.’

“Our plans are guided to make the country and the people prosperous and happy,” he said.

Oli also took time to scorn anyone who said that he was a dreamer. “It’s difficult when people don’t seem to understand,” Oli said as he assured Nepal would be connected to the sea by boats flowing from the Koshi and Gandaki rivers. “The ships will come and the trains will follow suit,” Oli said to his critics. “All of them will be watching and the boat will just pass by!”

With examples of two landlocked countries, Switzerland and Mongolia, Oli questioned why Nepal couldn’t have its own ports, ships and water connectivity when others had it. “We’re talking about connectivity and everyone is making a joke by floating a paper boat in a bucket of water?” Oli said.

He added that the government would act tough against any forms of violence against women and continue with its zero tolerance against corruption or snail paced development. Oli said that that policies and programs would help to generate employment and development by investments in productive sectors. “These will eventually help to bring self sufficiency in every day consumables, reduce trade deficits and increase exports,” he said.