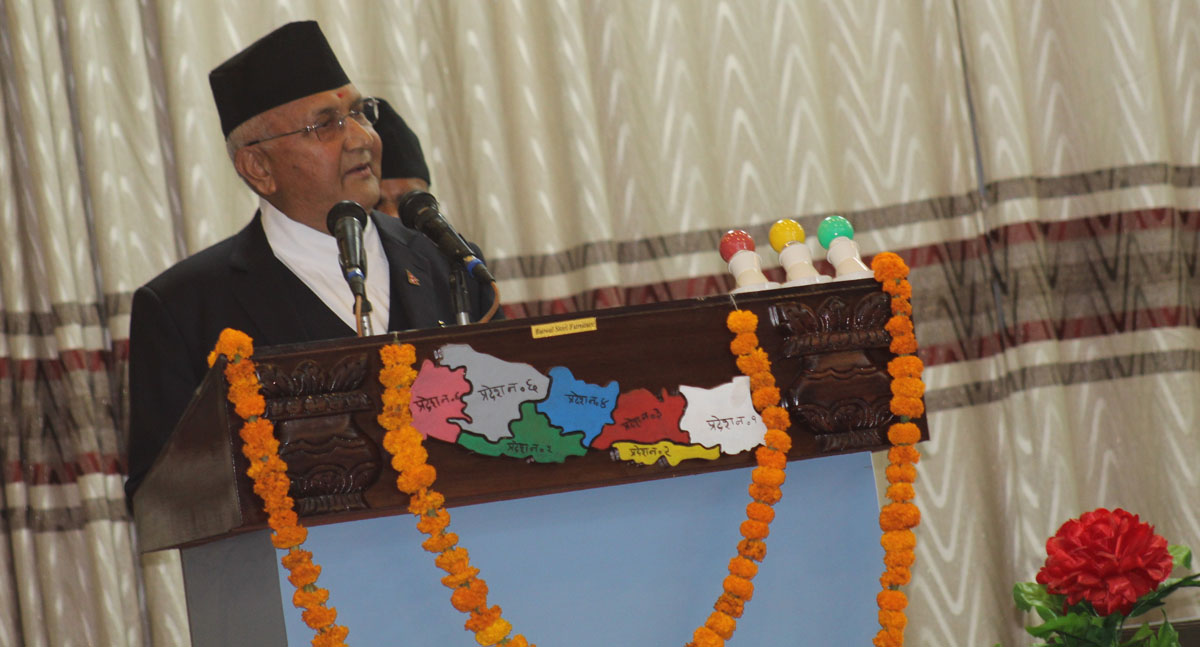 BUTWAL, April 29: Addressing the parliament of Province 5, Prime Minister KP Sharma shared that the government would toughen its stance against anyone who’d try to disrupt social and economic cohesion. He added that as the country was heading towards development and prosperity, no one would be below the poverty line.

“There is no space for traditional thoughts,” Oli said as he highlighted that the government was working with renewed and progressive energy to deliver results. “We suffered immense pressure when scrapping syndicate system. But the government will not come under any pressure.”

In addition, the Prime Minister expressed his commitment to end corruption. “I won’t do any corruption. I neither will accept one.”

With the country experimenting federalism, Oli stressed the need to strengthen provinces and local governments to build a stronger center and the country. He also maintained that all local bodies must focus on economic development. To ensure economic growth, the PM said that the government was working to materialize investments in industries as per priorities. “This is the birth place of Gautam Buddha and it is a source of inspiration to the world,” he said.

"Province 5 has abundant potentialities for religious and cultural tourism along with agricultural and industrial development."

The province is predominantly plain and covered with forests. Hence he suggested the provincial government to prioritize agro-forestry. “A mango tree will serve two purposes: there will be forests and mangos to sell,” he opined as he urged all to invest in productive sectors by optimum use of natural resources, human resources, skills, knowledge, capitals and infrastructures.

Highlighting Nepal’s trade deficit, the PM said that the government would boost export based business and come up with programs to generate employment.