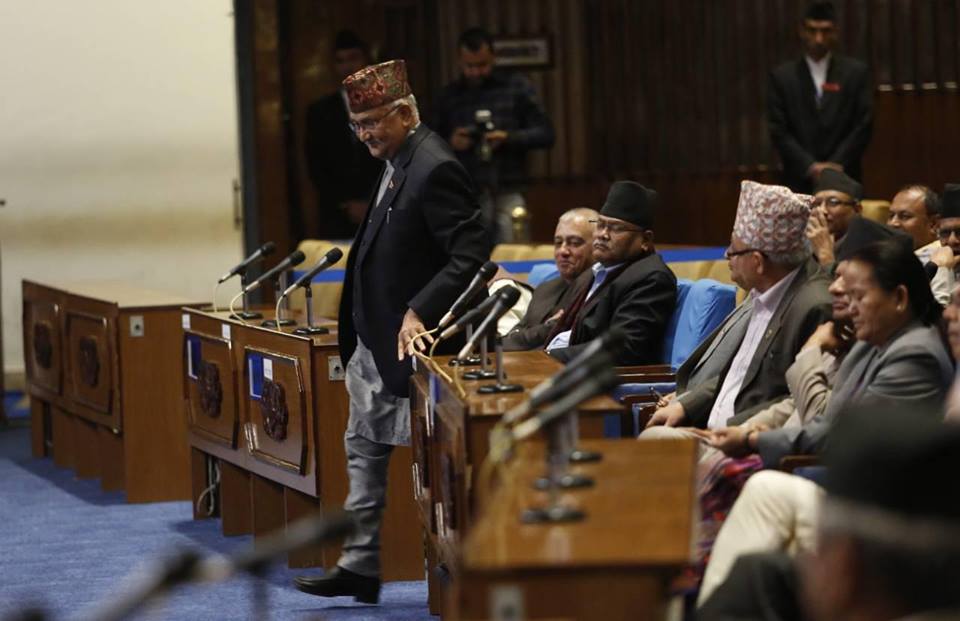 KATHMANDU, April 3: Prime Minister KP Sharma Oli said that he was committed to end all forms of terror, syndicates and corruption to usher Nepal into a wave of economic development and prosperity.

“Nepal is a peaceful nation and any person or group working to cause chaos by terrorizing will not be spared,” PM Oli said.

With the White Paper issued by the Ministry of Finance last week sparking wave of concern, Oli defended his minister saying that the paper depicted Nepal’s real situation.  “This is not a pessimistic paper. It is a way forward,” Oli said.

Earlier, Yubaraj Khatiwada, the minister of finance defended the white paper and clarified that the government was not, ‘at all’ against open market. “We are for open market,” Khatiwada had said, “We just need to be careful with our priorities as our treasury is almost empty.”

Further to the white paper, the Prime Minister said that the white paper must not be seen as a discouraging document, but as a tool to resolve existing structural problems in the country’s economy to push the country towards development by generating investments and increasing employment within the country.

“Our economy is in crisis and we are committed to change that by making our priorities right to avoid any pitfalls,” Oli said.