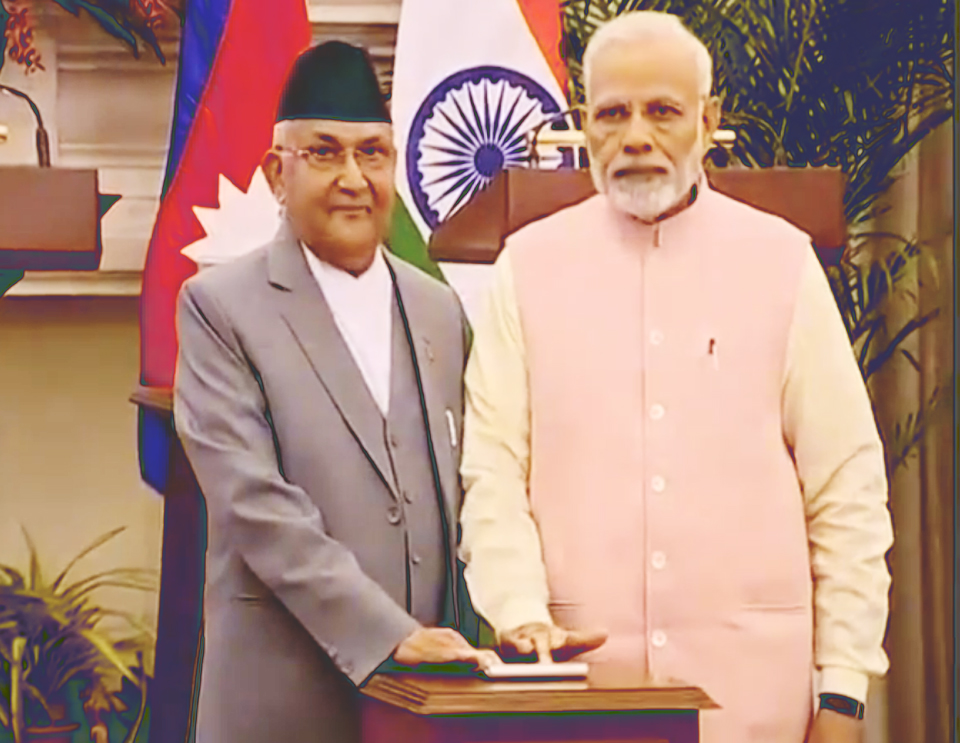 Started in 2011 following an agreement between Nepal and India, the project was coordinated by the Nepal Inter-model Transport Committee under the Ministry of Industry, Commerce and Supply. The project cost Rs 1.39 billion provided by the Indian government.

The ICP will come into operation from today itself, said the Committee, while expressing hope that it would ease problems industrialists and traders are going through at the transit during import and export.

The ICP will provide 'one-window service' wherein a plethora of services like immigration, customs, quarantine, and banks as well as security check posts are available at the same place. Unlike the existing modus operandi at the Birgunj customs point, importers and exporters can complete paper works and clear fees before containers arrive at the check post.

“Birgunj customs point handles 60-65 percent of total trade between Nepal and India. Yet, we are doing a trade via a route that is at least a century old,” he said, adding: “The Birgunj ICP is equipped with some of the most advanced technologies and is unlike any that the country has. And this will greatly help in supporting and systematizing the bilateral trade.”

As part of his first international visit, Prime Minister KP Sharma Oli left for New Delhi on Friday on a three-day official visit to India.

The task of laying the pipeline is underway on the Amlekhgunj-Raxaul-Motihari sector since the second week of March. So far about three kilometers of the pipeline has been installed.

Engineer of the Motihari-Amlekhgunj Petroleum Pipeline Project, Sharad Prasad Poudyal, said that the laying of the pipeline had begun on March 9. The Likhit Infrastructure, a construction company based in Maharashtra, India has got the contract for laying down and welding the pipeline.

The 69-kilometers-long pipeline is taken as a project of strategic importance.
Similarly, works on upgrading four petroleum storage tanks of Nepal Oil Corporation is taking place at Amlekhgunj. The Motiprabha Infratech of Faridabad, India is undertaking the fuel tank upgrading works.

The construction of the pipeline is expected to reduce the long queue of fuel trucks at the Birgunj customs zone at the transit point and ease the supply of petrol to Nepal. This would also reduce the logjam of petrol tankers on the Birgunj-Pathlaiya-Amlekhgunj road section.

The then Minister for Supplies of Nepal, Sunil Thapa and Minister of State for Petroleum and Natural Gas of India Dharmendra Pradhan had reached an agreement to this effect.

It is expected that with the operation of the pipeline, the petroleum products' supply will be easier as over 50 percent consumption of such products in Nepal is imported from the Birjung border point.

During the foundation laying programme Supplies, Minister Matrika Yadav and his counterpart Dharmendra Pradhan and other Nepalese delegates were present.
Though both sides had expected to complete the project within 2017, it delayed due to policy hurdles in both stake parties NOC and IOC. Now, it is expected that the project will be completed in three years.

The required pipes and other equipment to be used in the project will be kept in Birgunj based sugar factory building.

The NOC has further aimed at importing 200,000 liters fuel per hour from India into Amlekhgunj depot. The pipeline will further be extended to Chitwan in future.
NOC has been presently importing petroleum products from the IOC depots at Bairganiya and Raxaul and transporting it by tanker up to its depot located at Amlekhgunj.