All the ministers were administered oath of office and secrecy amidst a special function at the Office of President on Friday evening.

Remaining eight ministers and two state ministers are from the Mahantha Thakur-led faction of the Janata Samajbadi Party. 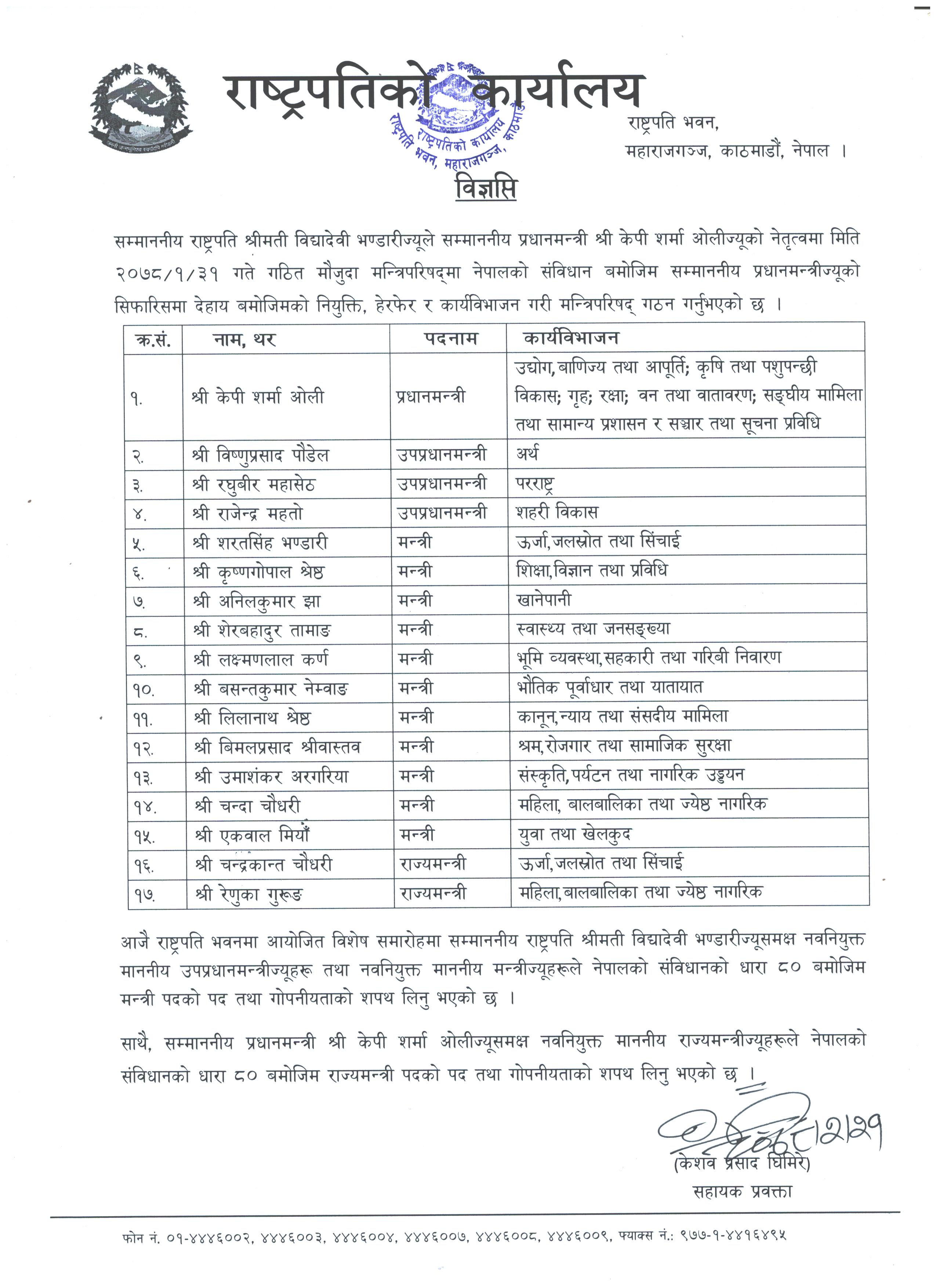 KATHMANDU, August 25: Altogether 14 federal lawmakers including one belonging to the National Assembly of the Janata Samajwadi Party (JSP)... Read More...