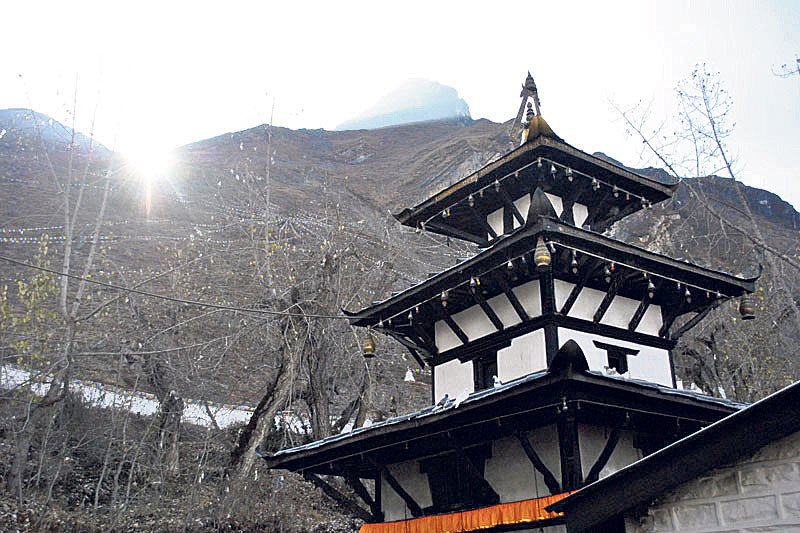 POKHARA, May 9: Pilgrims visiting Muktinath, a popular religious shrine in the mountainous district of Mustang, will be banned from entering the temple from 20 hours before the visit of Indian Prime Minister (PM) Narendra Modi.

No one will be allowed to move into the premises of the temple for those 20 hours. As per the schedule, Indian PM Modi will first visit Janakpur on Friday and then come to Muktinath the next day at around 9 o’ clock in the morning.  With the objective of making Modi’s visit safe, the local authorities took the decision of prohibiting pilgrims from visiting the temple from Friday 4 pm to Saturday 12 pm.

Chief District Officer (CDO) Shishir Poudel stated that the decision has been taken for ensuring the safety of PM Modi. “A special Puja will be conducted in the presence of the Indian PM Modi. So, we can’t allow others to enter there at that time,” said CDO Poudel, adding, “It won’t be a big problem for the visitors as the ban is from 4 pm onward.”

The local administration has publicized a notice urging the  authorities concerned to beef up security in view of Modi’s visit. According to CDO Poudel, the travelers coming to Mustang from Manang through Thorangla Bhanjyang and those traveling to Manang from Mustang have been requested to take an alternative route. “We have urged the travelers to use the alternative route at least for two days,” said CDO Poudel.

The pilgrims who will reach Muktinath by chartering a helicopter have also been forbidden to enter the temple. “There won’t be enough space in Muktinath for landing helicopters until Indian PM Modi will leave the place,” said Poudel, adding, “But they can visit the temple after 12 pm Saturday.” He further added that three helipads have been kept ready in Muktinath for the anticipated visit of Modi. Two of the helipads were already there but one was recently added considering Modi’s visit.

Those travelers who have already crossed Thorangla Bhanjyang will be able to visit the temple before 4 pm on Friday. So, they won’t have much problem, according to Dipak Raj Adhikari, chairperson of Trekking Agencies Association of Nepal (TAAN) West Regional Association. “When the administration publicized the notice announcing to ban the entry of pilgrims visiting Muktinath for two days, we were in a dilemma,” said Adhikari, adding, “But when we were told about the time, we realized that the decision won’t affect the travelers much.”

JANAKPURDHAM, May 1: Security has been beefed up and preparations intensified as the date for Indian Prime Minister Narendra Modi’s visit... Read More...