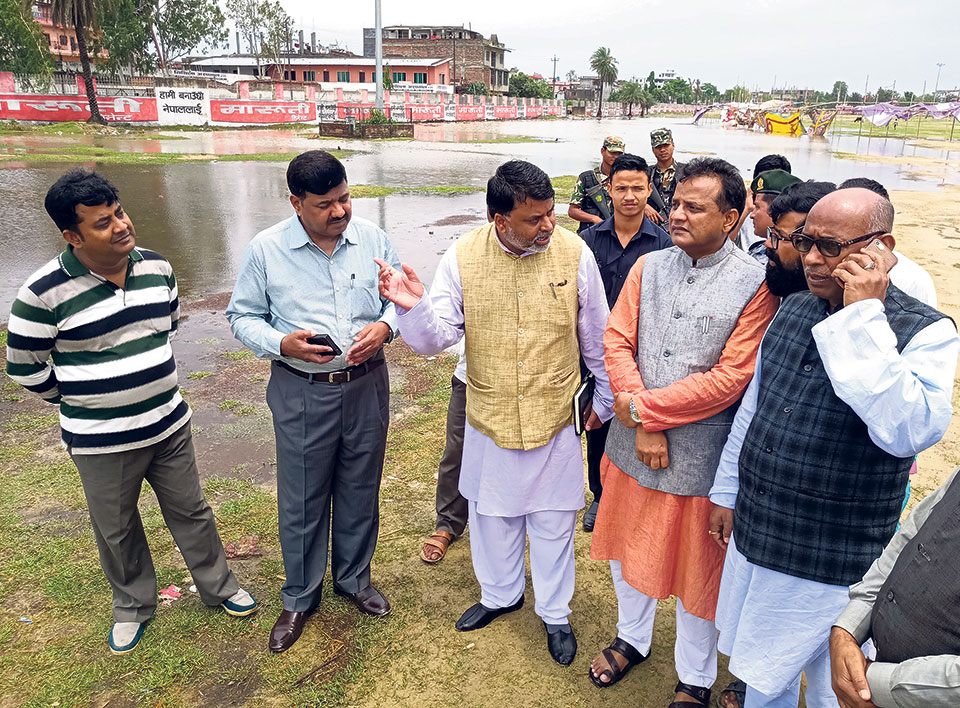 JANAKPURDHAM, May 1: Security has been beefed up and preparations intensified as the date for Indian Prime Minister Narendra Modi’s visit to Janakpur is just round the corner. Modi is scheduled to visit the Ram Janaki Temple in Kanakpur on May 11.

Janakpur’s Mayor Lal Kishor Sah informed that Indian PM Modi will visit the Ram Janaki Temple at around 9 in the morning. All local and government authorities have been actively involved in making necessary preparations for Modi’s visit. A committee has been formed under the coordination of chief minister of the province to welcome the Indian prime minister.

“It’s the first time when a high profile person like Indian Prime Minister Modi is visiting Nepal after the federal restructuring,” said Chief Minister Raut, adding, “His visit is a matter of opportunity for us but it’s a challenge too.”

Janakpur sub-metropolis has announced to build walls around Bahrabigha ground and paint all the structures and houses in between the ground and the temple in golden color.

Senior Superintendent of Police (SSP) Hari Bhakta Prajapati, who is the acting chief of the Provincial Police Office, informed that security has been tightened in Janakpur considering the visit of PM Modi.

“We have mobilized more number of security personnel in the areas which are sensitive,” said SSP Prajapati, adding,”We have been working to create a favorable environment for the Indian PM’s visit.”

He also informed that discussions are being held with the Security Coordination Committee to seal the border for one day during Modi’s visit.

JANAKPURDHAM, May 1: Security has been beefed up and preparations intensified as the date for Indian Prime Minister (PM) Narendra Modi's... Read More...

JANAKPURDHAM, April 30:  It is yet to be confirmed whether Indian Prime Minister (PM) Narendra Modi will visit Janakpur on May... Read More...

Four-day walk from KTM to Sindhuli: Laborers have to travel long
17 hours ago

Nationwide lockdown likely to be extended by another week, until midnight April 14
8 hours ago