KATHMANDU: The main opposition party, Nepali Congress (NC) has launched massive protests against the government in all 77 districts across the country.

Thousands of NC cadres and well-wishers on Monday joined the protests of the party in various cities of the country including Kathmandu, Pokhara and Butwal  in an apparent bid to show the strength of the party against the government activities of late.

The NC has claimed that at least one million people have taken to the street today against the government.

NC cadres marched en-masse along various routes of the Kathmandu Valley and finally gathered at the Shanti Batika in Ratna Park transforming into an assembly.

Participants in the mass demonstration demanded the government abide by the democratic norms and act responsibly for the people. They also demanded transparency and accountability on the side of the government on various issues.

The main opposition accused the government of being indulged in power games “when the country was grappling with the COVID-19 pandemic.”

Here are some photos taken by Republica photojournalist Monika Malla in Kathmandu on Monday afternoon. 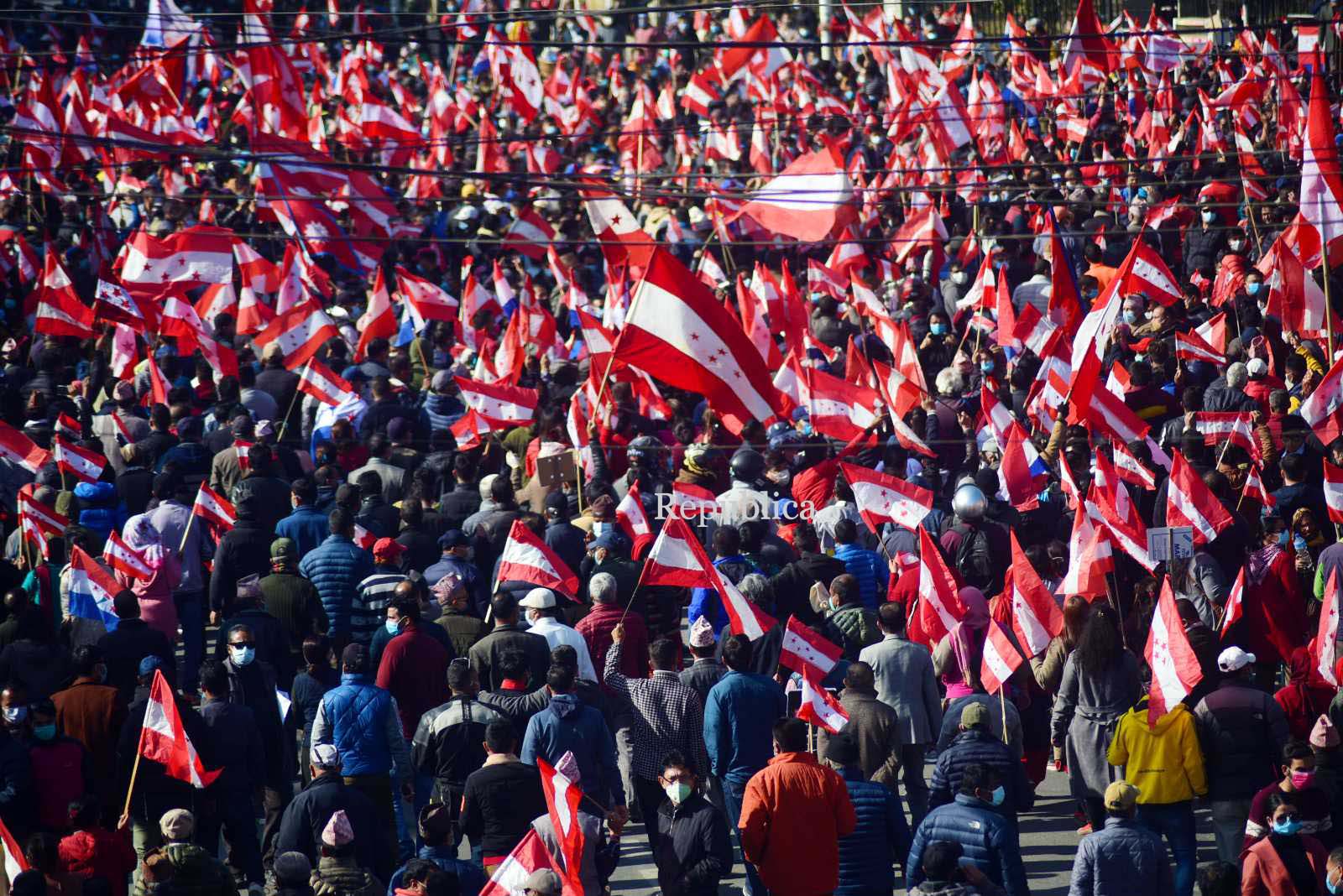 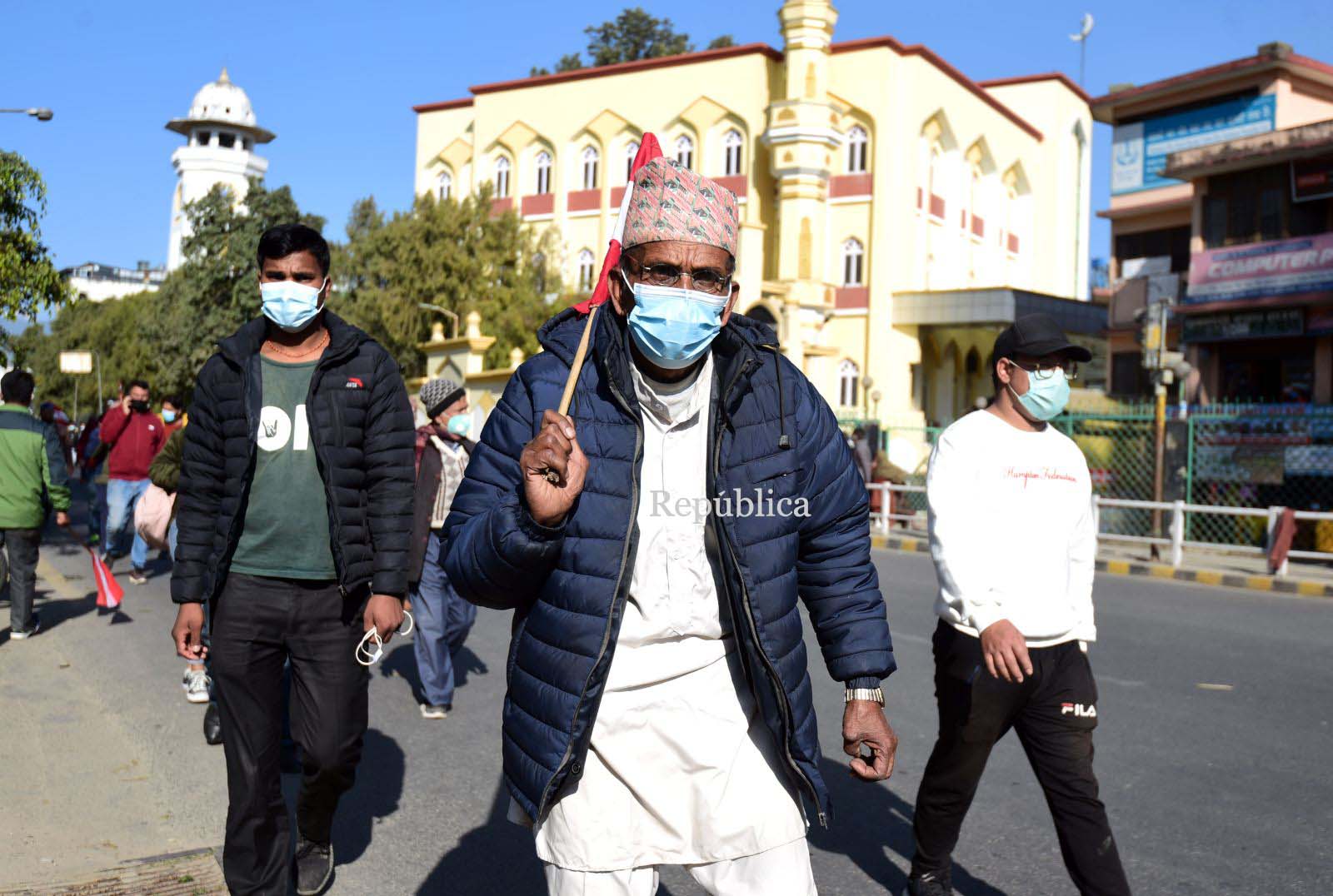 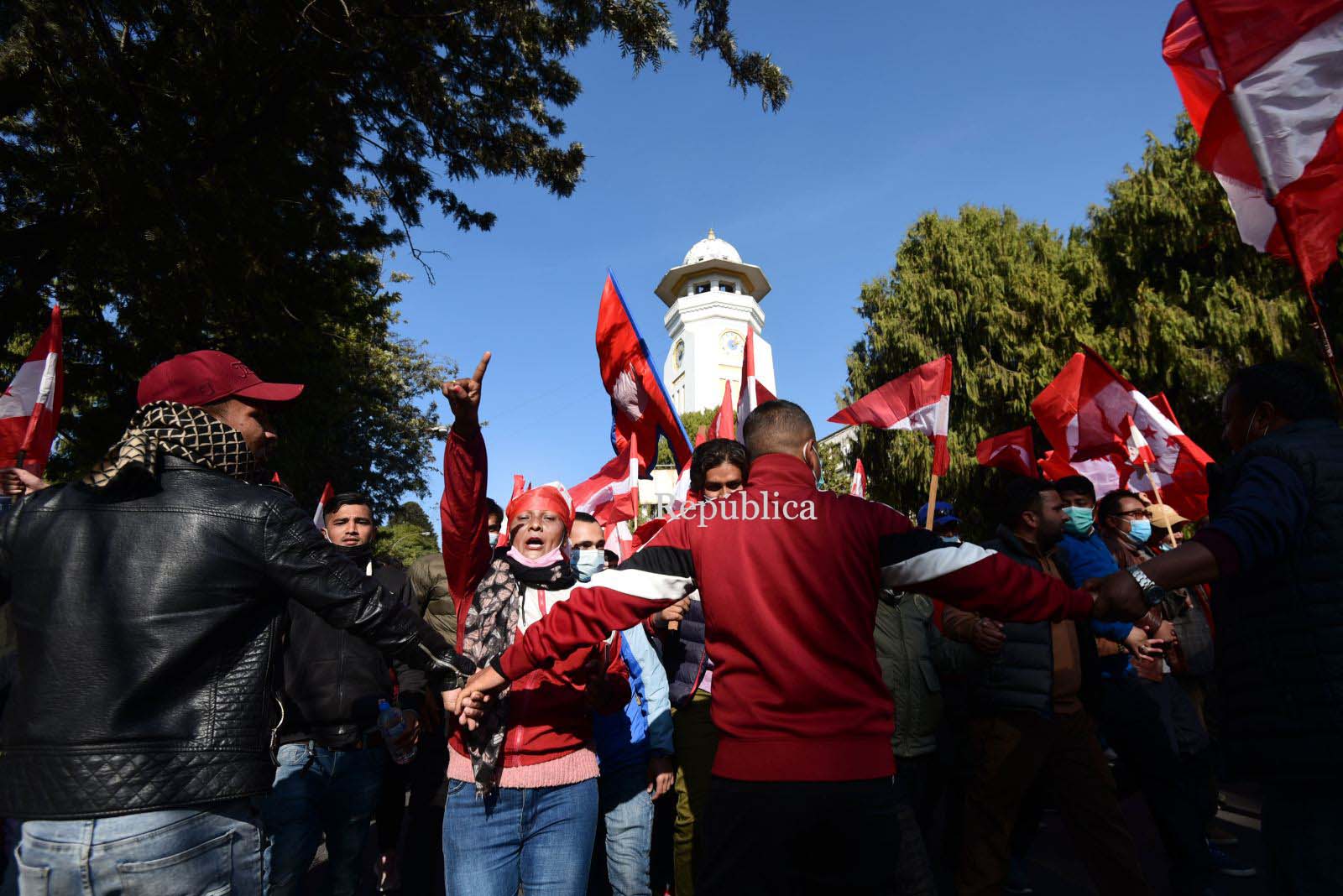 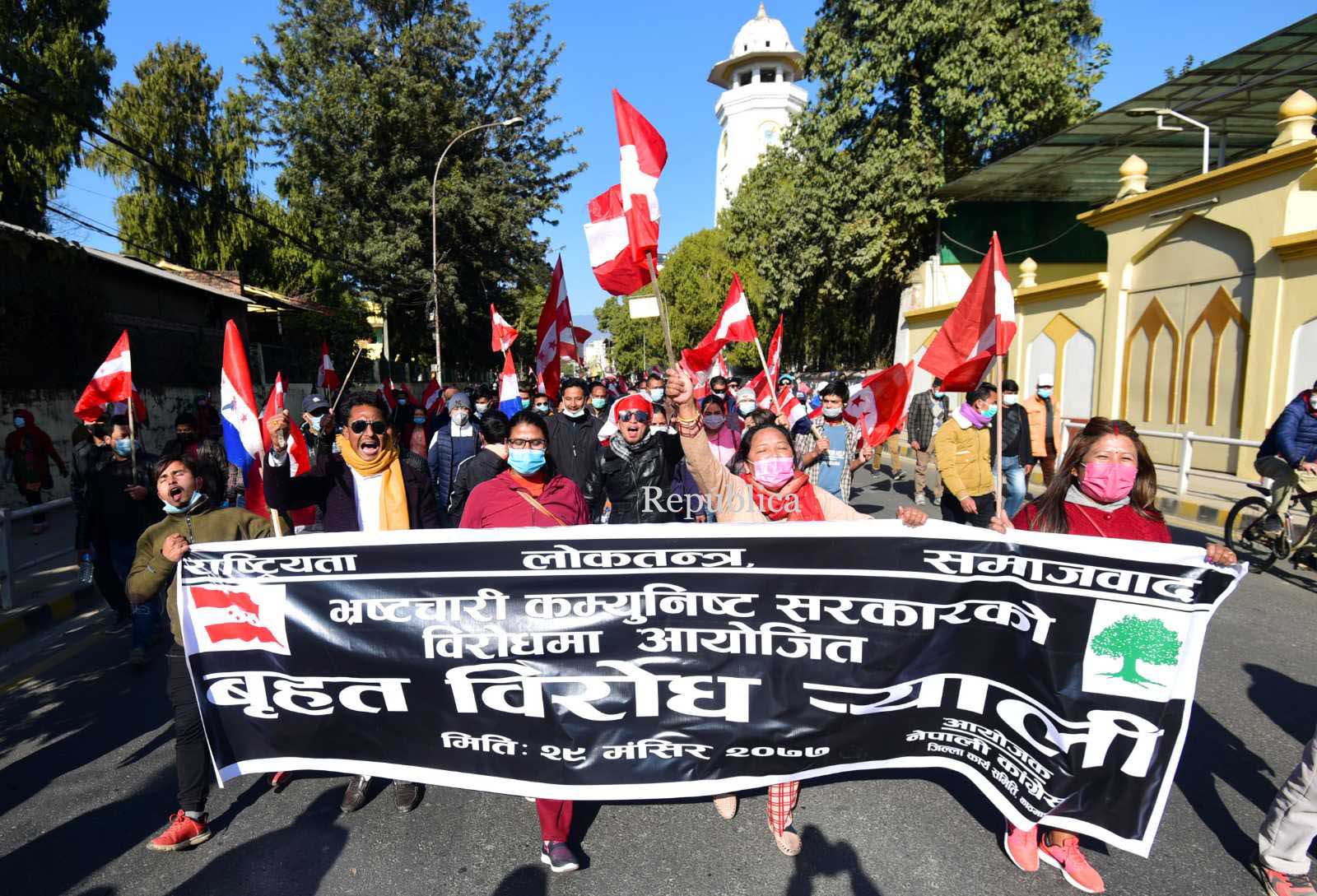 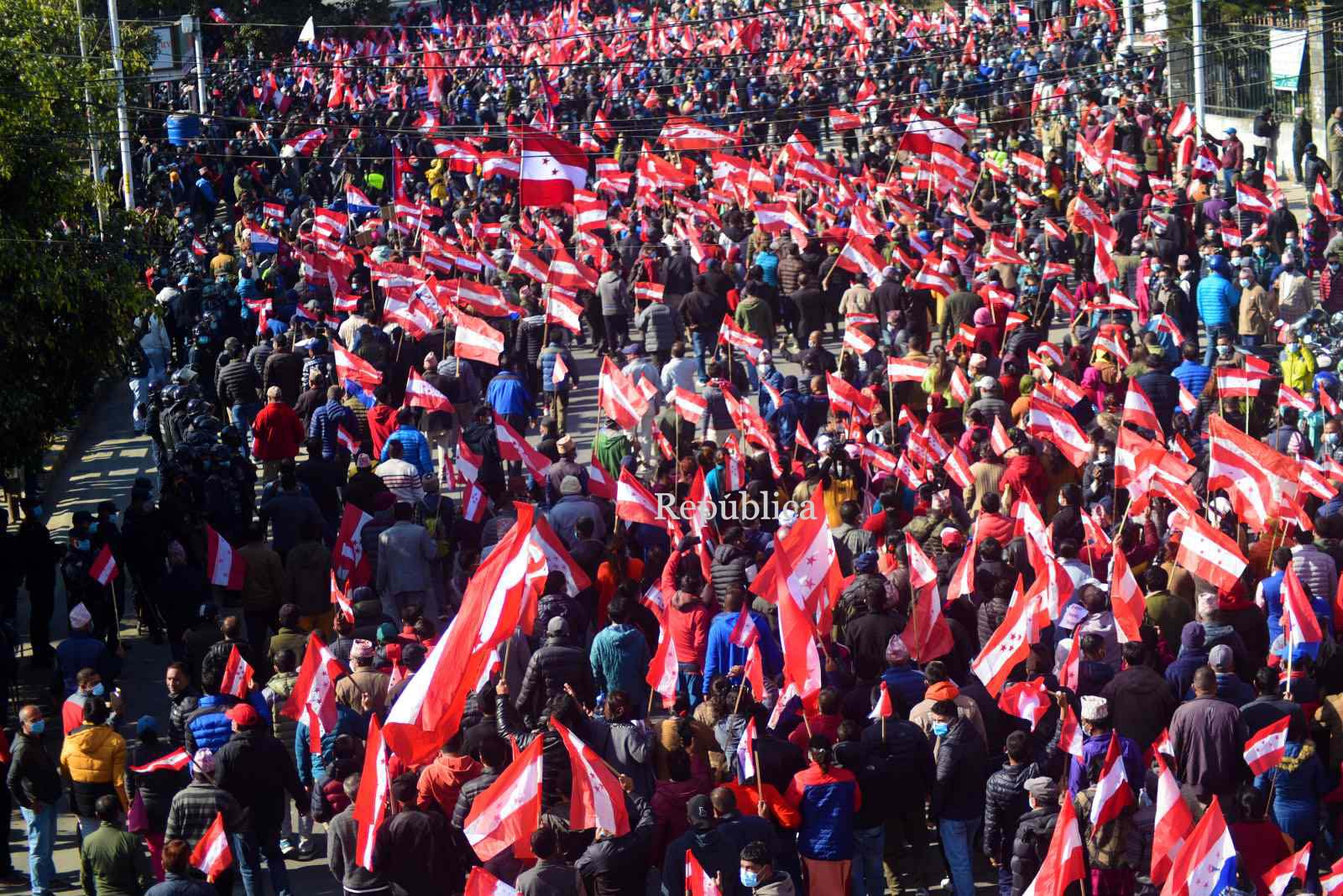 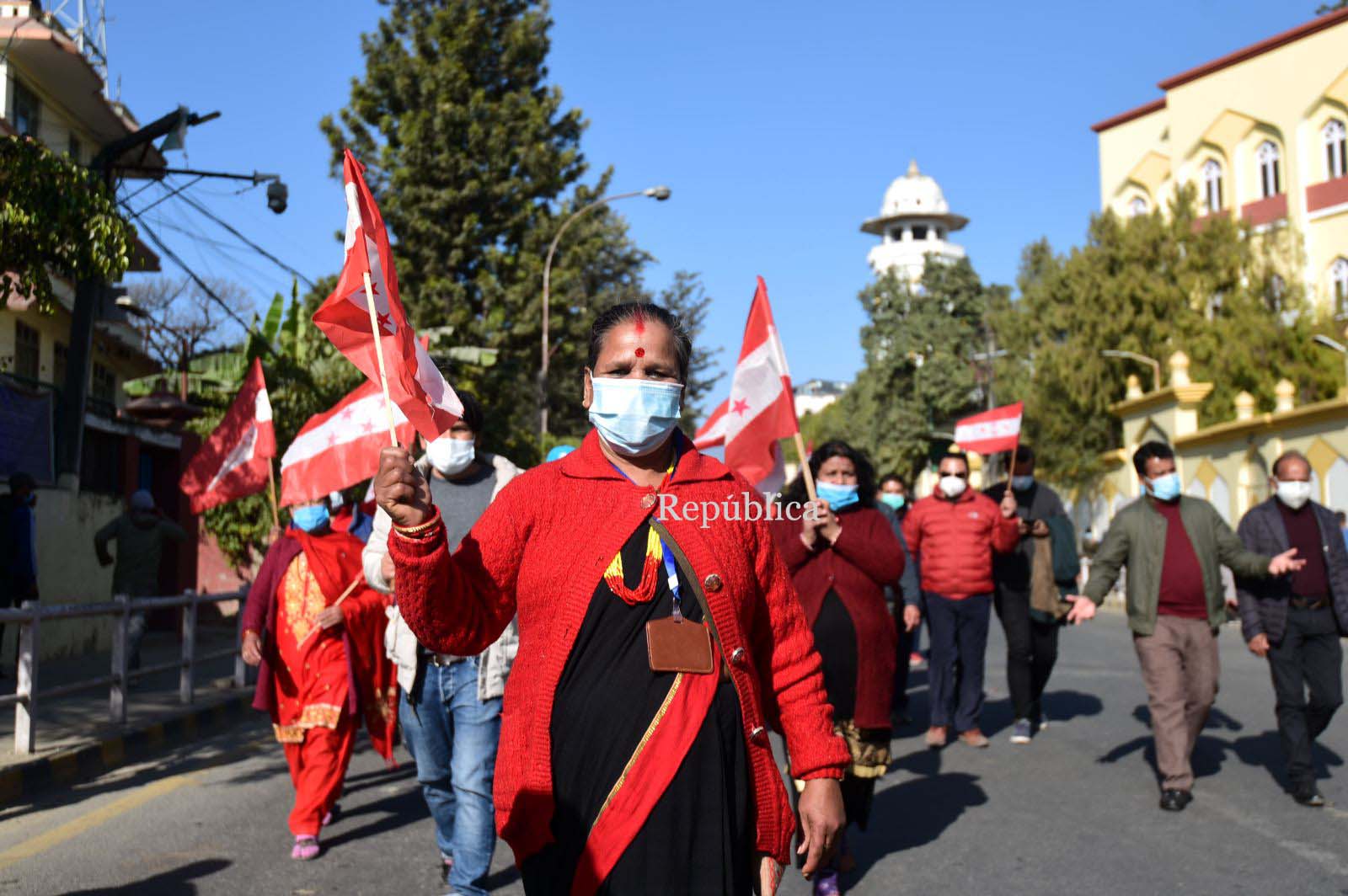