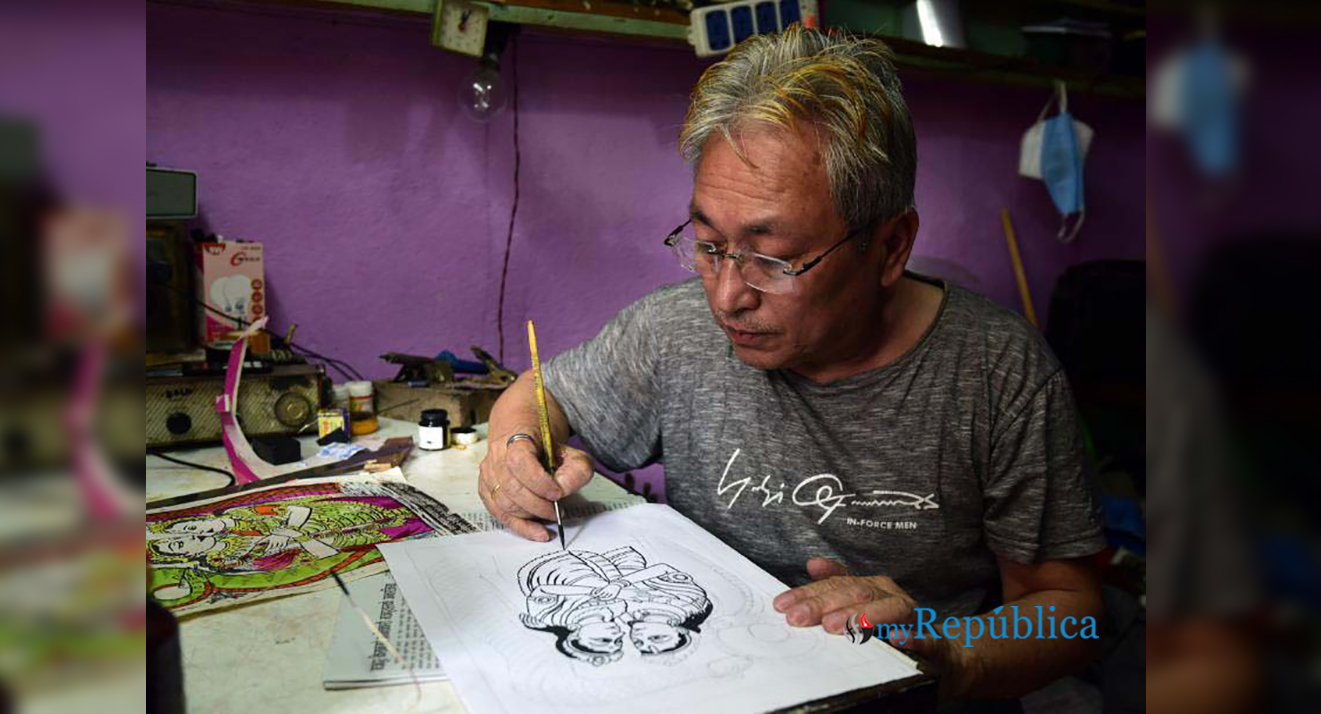 KATHMANDU, July 24: Dhanraj Chitrakar started drawing serpentine deities from the age of 14. It has been over five decades since he has been into this business but now fears for a technological take over as people have shifted onto printed versions of Naag Posters. Now he is fearing for his profession which in some decades can be the rarest-of-rarest as the younger generation are drifting away from it.

“I have continued this for years, inheriting it from my ancestors. I had that attachment with it as my fore-fathers taught me this. My grandchild is into the business of making sketches, he might continue it if he likes it,” Dhanraj said.

Hand-drawn sketches of “Naag”, the serpent deity, are pasted on the entrance of houses every year. Chinese or the offset printed portraits are in high demand these days sending hand-drawn ones to plummet.

“I also learned how to fill in the sketches after I got married in the decade of 2030 BS. I will continue this as a profession when he gives up,” Danshova Chitrakar, the better half of Dhanraj, told Republica.

“It takes minutes to print multiple copies of these portraits but it takes half an hour to make one. Though it is time consuming and hard, the satisfaction we get from it doesn’t match the printed ones,” Dhanraj added.

As the market is flooded with printed impressions of “Naag”, some people still demand for the handmade ones.

“As per our (Newari) culture we need to paste on the sketched one so some of the customers demand it. We make it for them,” Dhanraj said.

As they are the ones to draw the sketches and fill them with colors, the Chitrakars do not require to stick portraits of the Naag deity on the entrance of their doors. 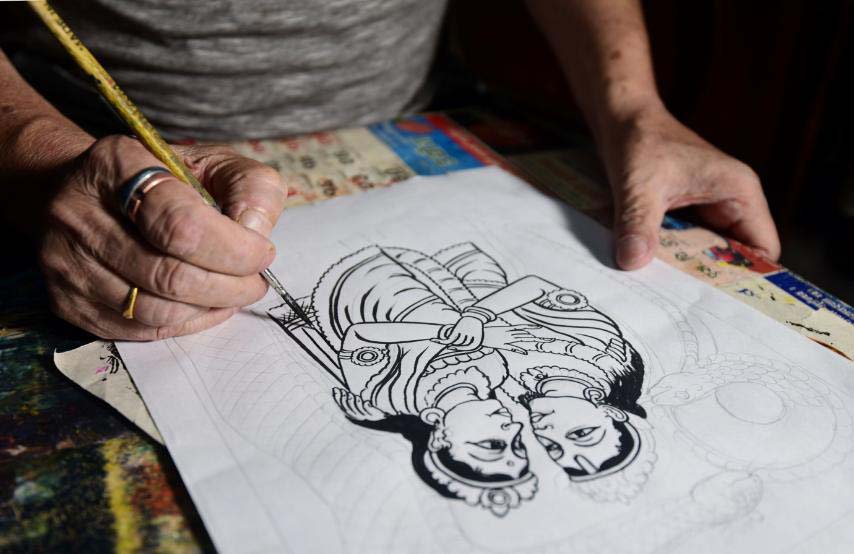 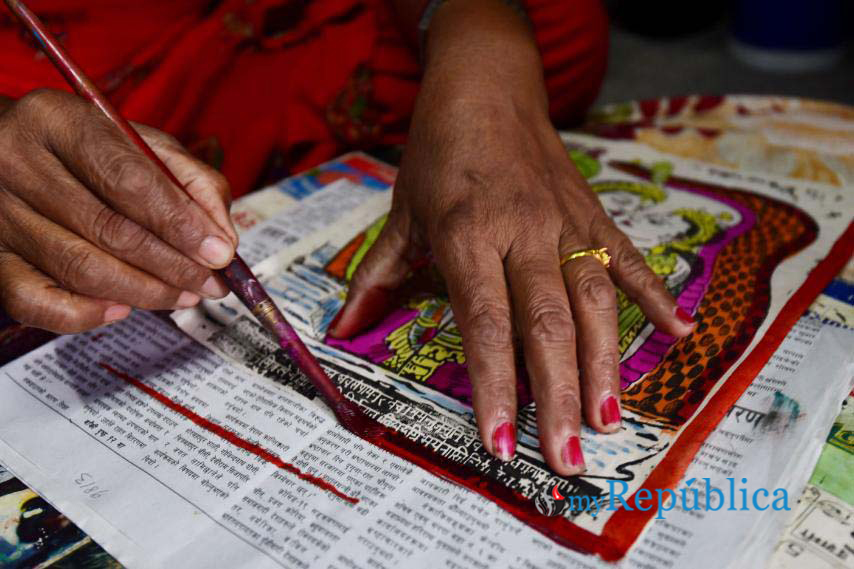 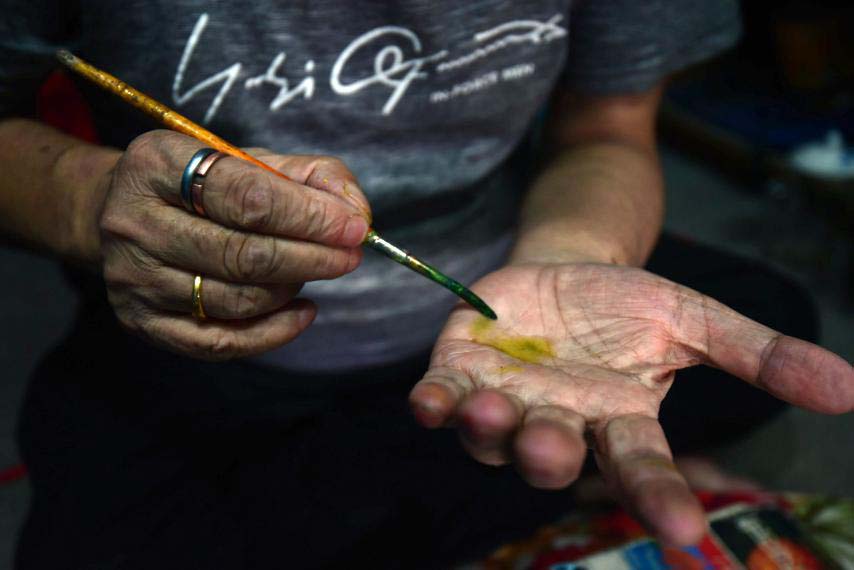 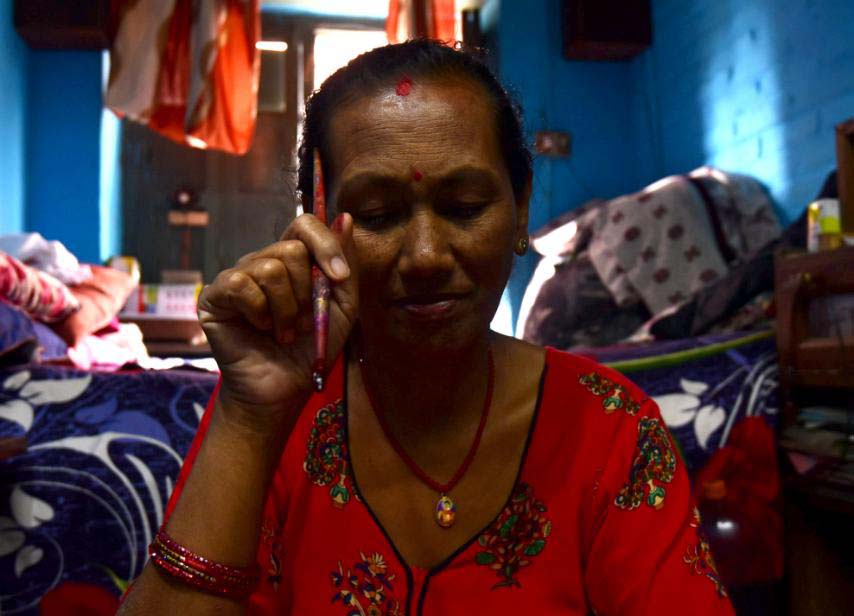 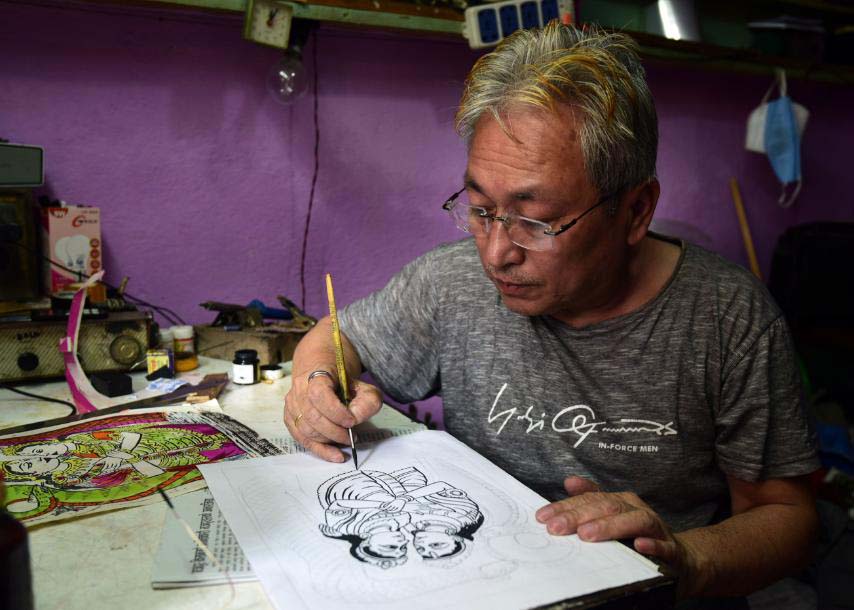 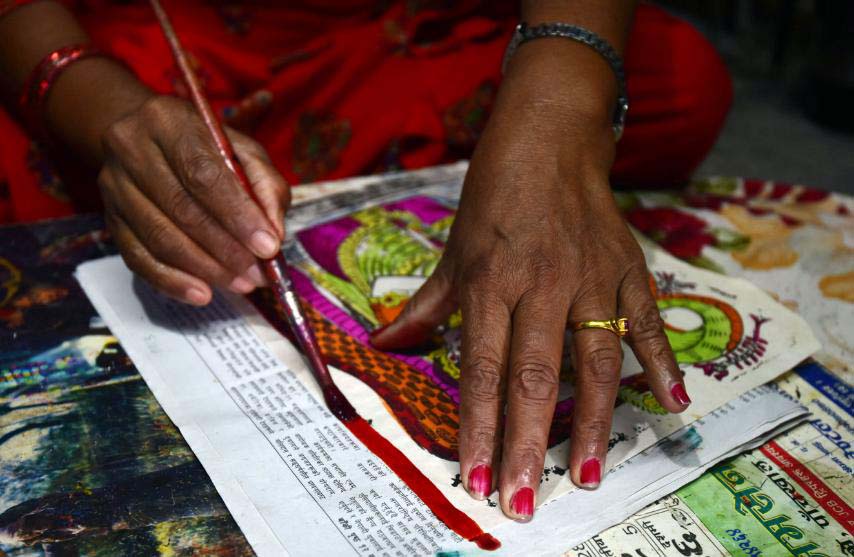 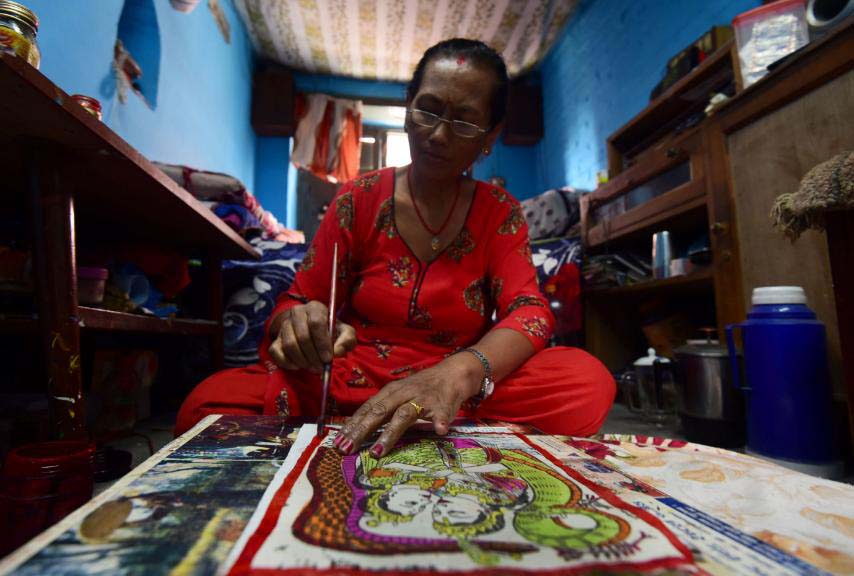 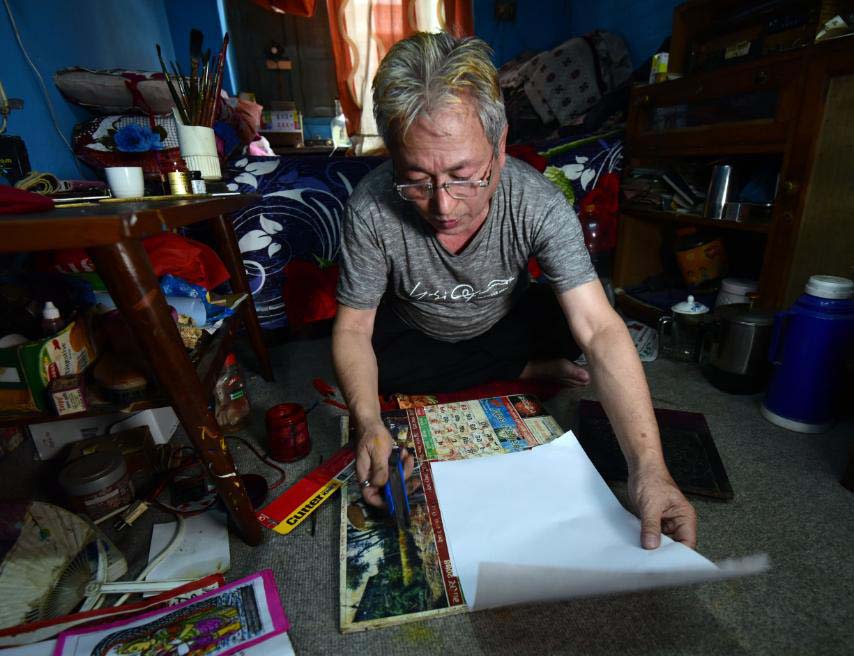 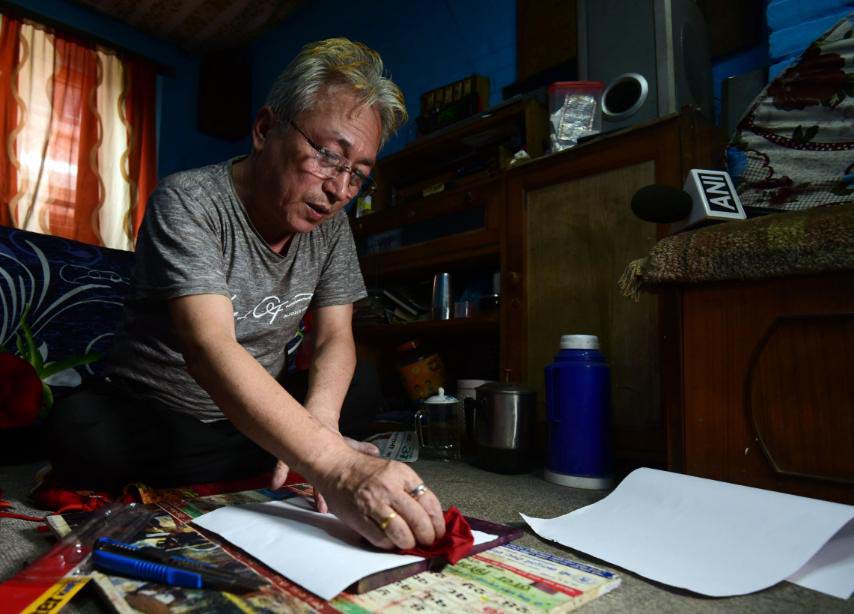 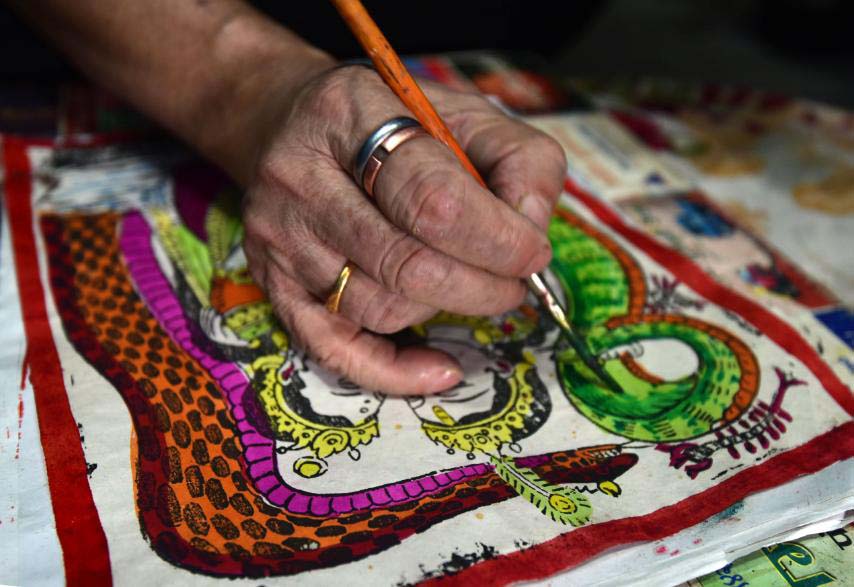 KATHMANDU, Sept 6: The chariot of the deity Rato Machindranath was pulled at Patan on Sunday afternoon. The chariot was... Read More...

KATHMANDU, March 21: ‘Echoes in the valley’ is a music festival that aims to preserve, promote and witness the changes in... Read More...