KATHMANDU, Sept 6: The chariot of the deity Rato Machindranath was pulled at Patan on Sunday afternoon. The chariot was pulled from Machhindra Bahal in Pulchowk to Sorhakhutte Falcha- in front of Lalitpur Metropolitan Office.

As far as possible, the Machhindranath chariot will be taken to Bungmati by Friday. Machhindranath is considered as the god of rain and good times, according to the legends.

A large number of security personnel were mobilized in the Pulchowk area to avoid a large gathering of people owing to COVID-19 spread fears. Only some designated local people and a few media persons were allowed to be present in the area.

However, the locals and the local government reached an agreement to hold the chariot procession today. They pulled it about 15 to 20 meters further with the help of people from 19 various ethnic groups, according to coordinator of 19th Jatiya Khala Pucha, Chandra Maharjan. 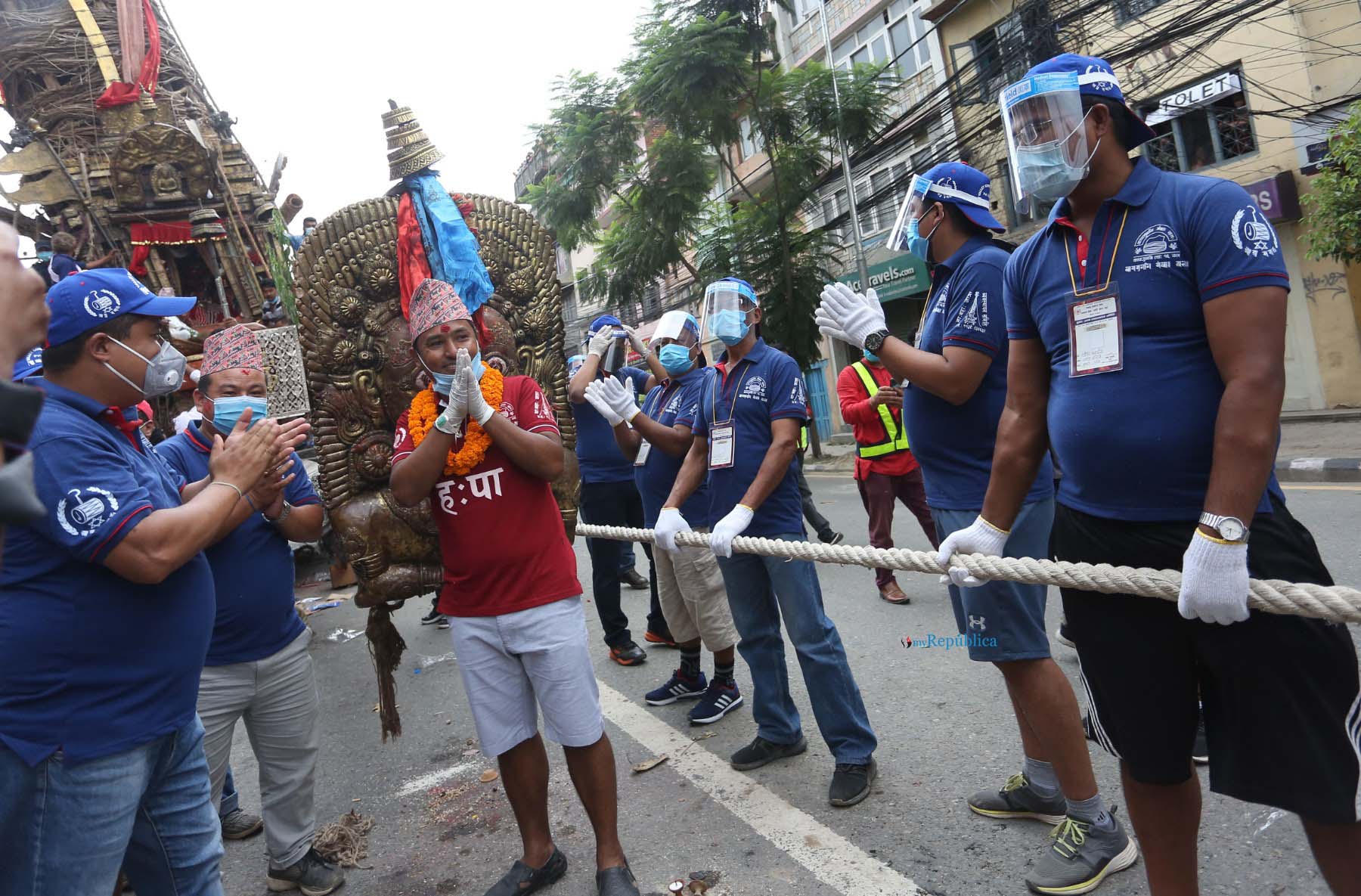 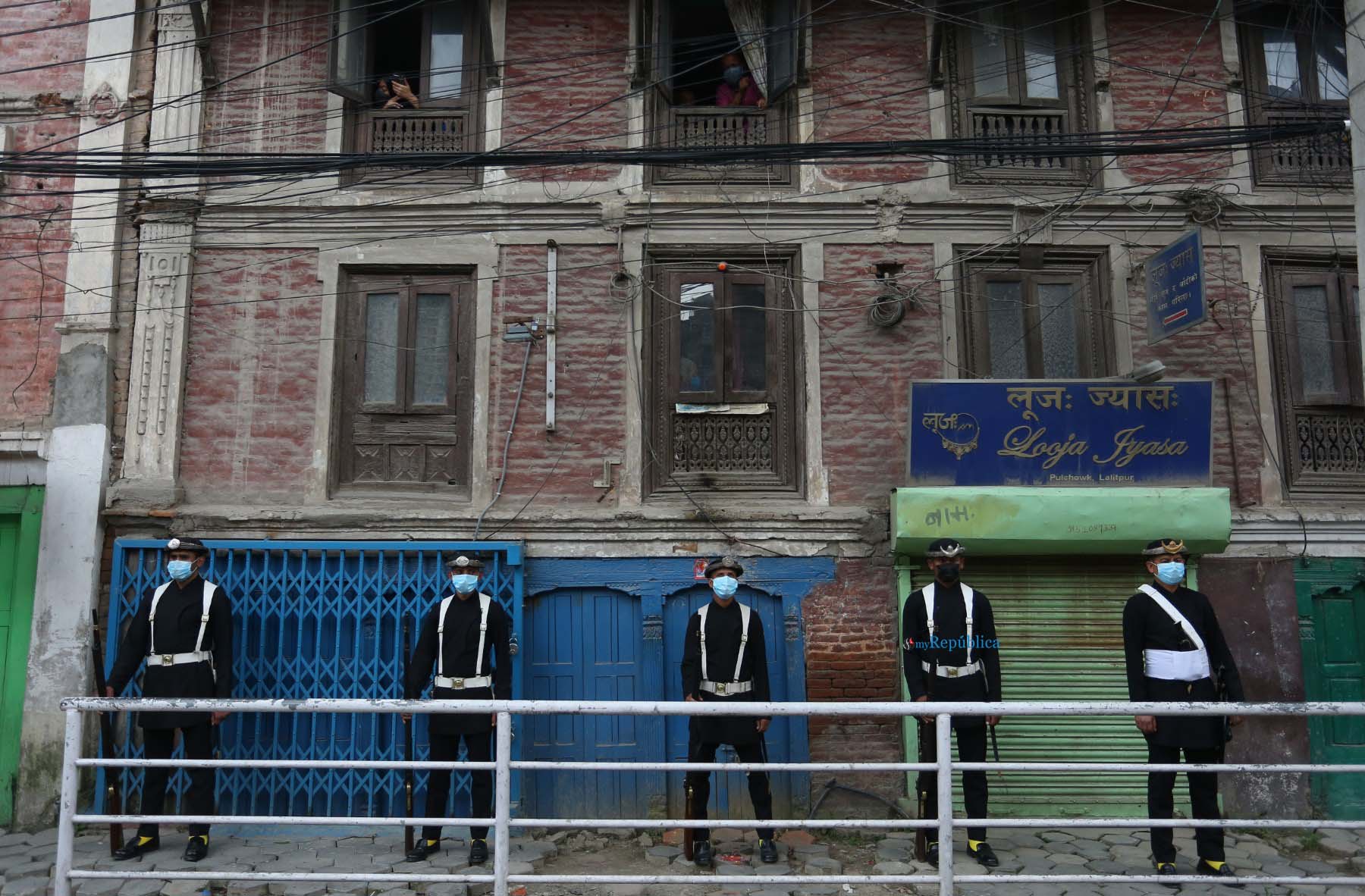 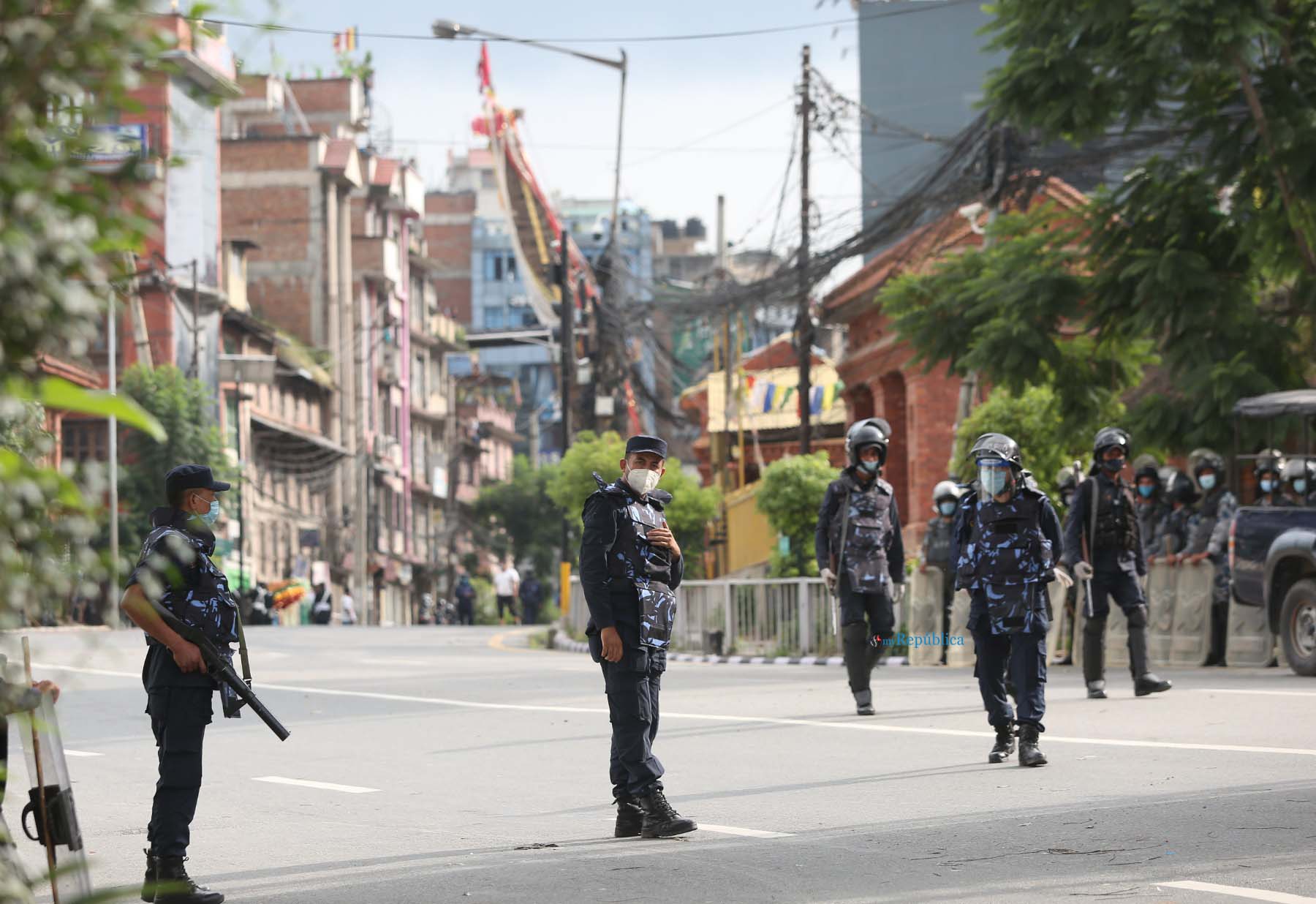 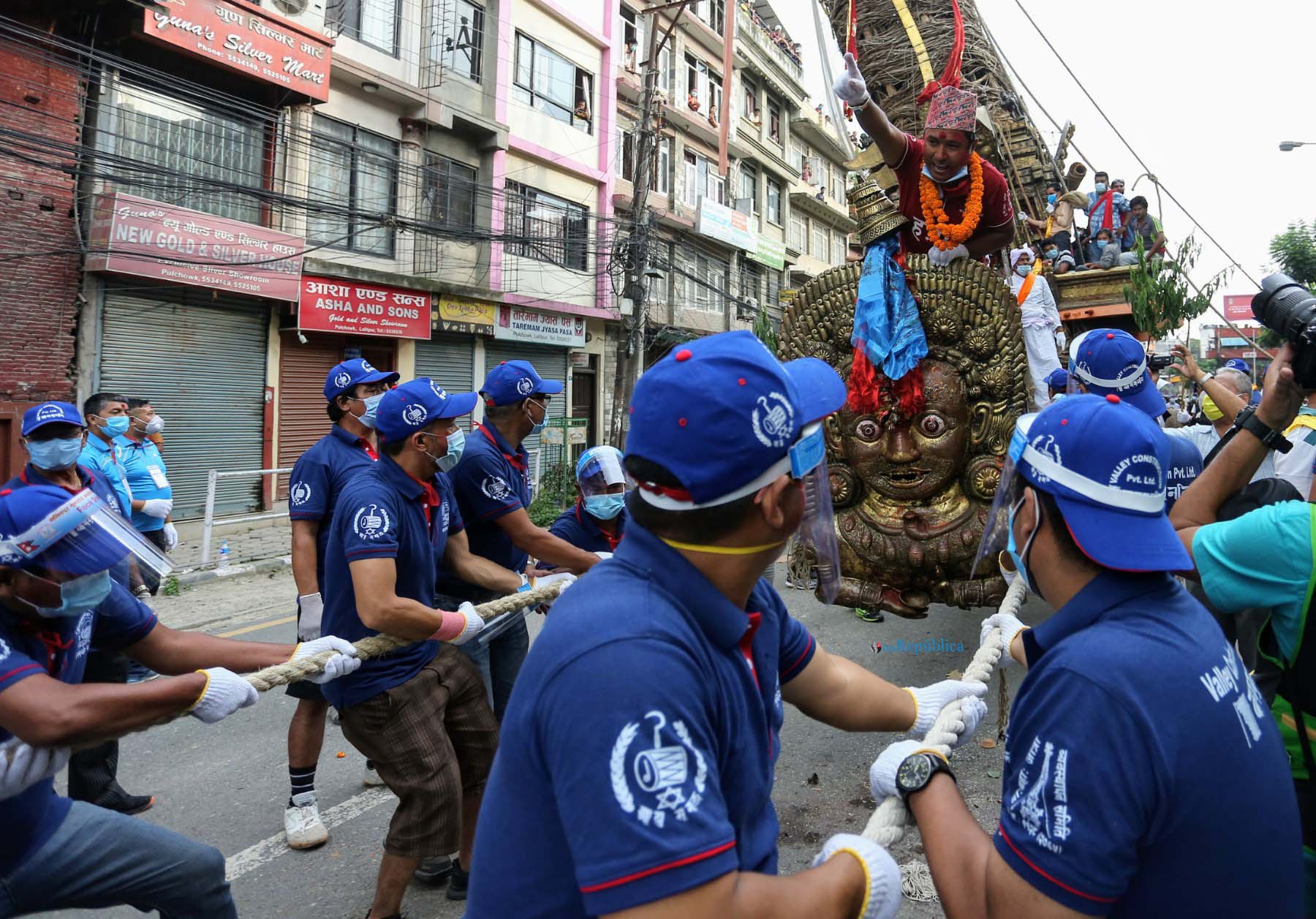 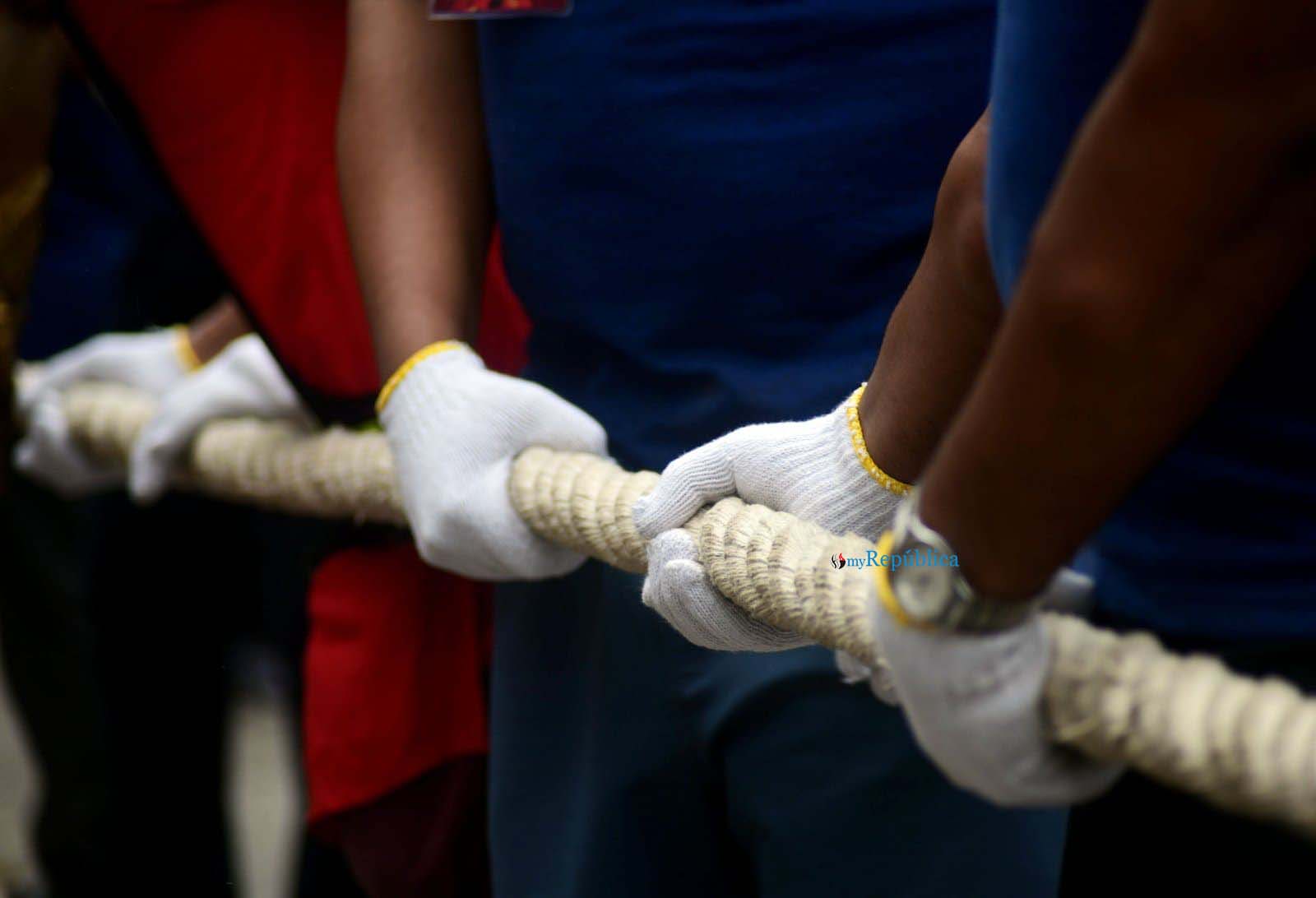 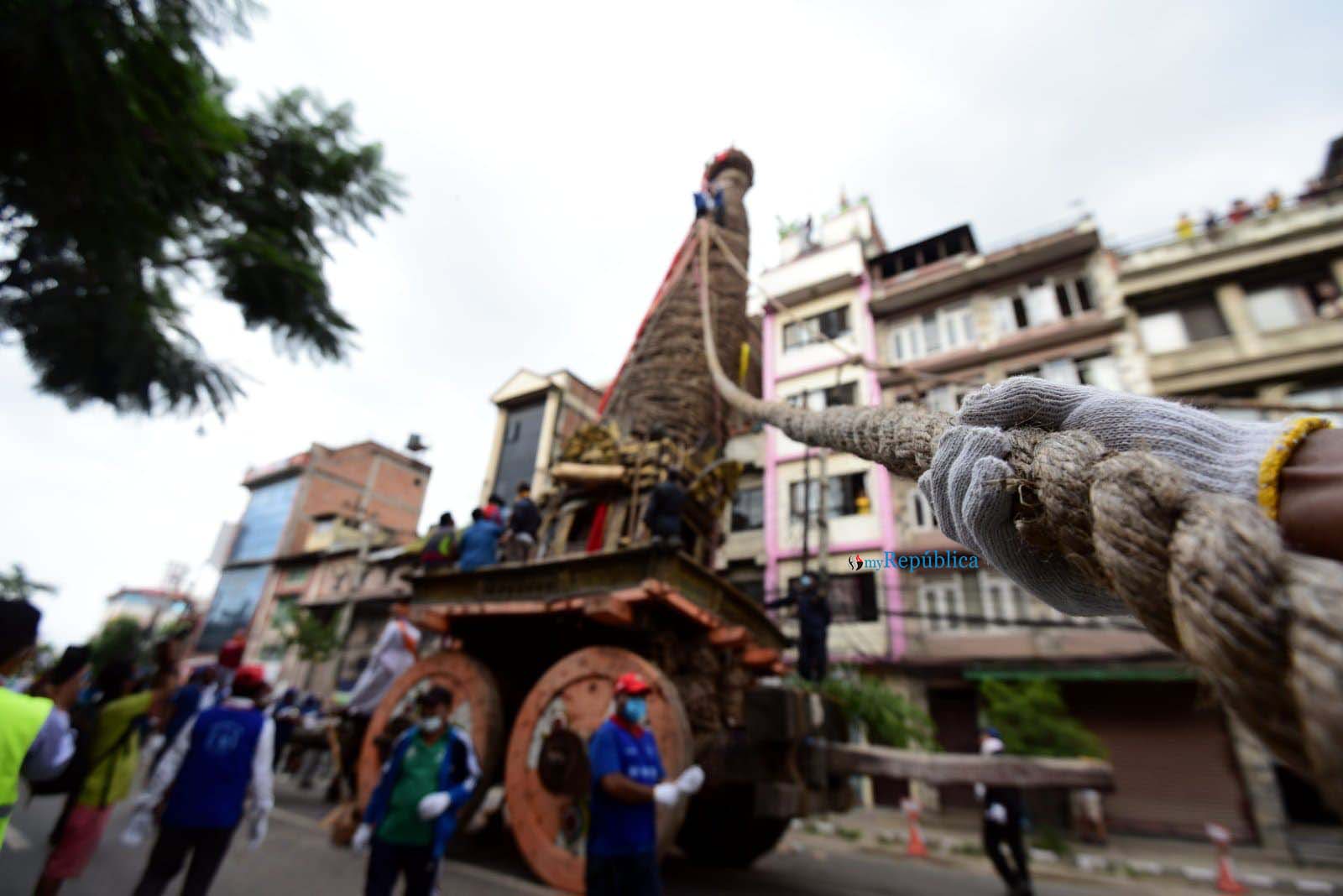 KATHMANDU, Aug 26: The tagadharis or those who wear the 'Janai' (the sacred thread) around their bodies from the left... Read More...