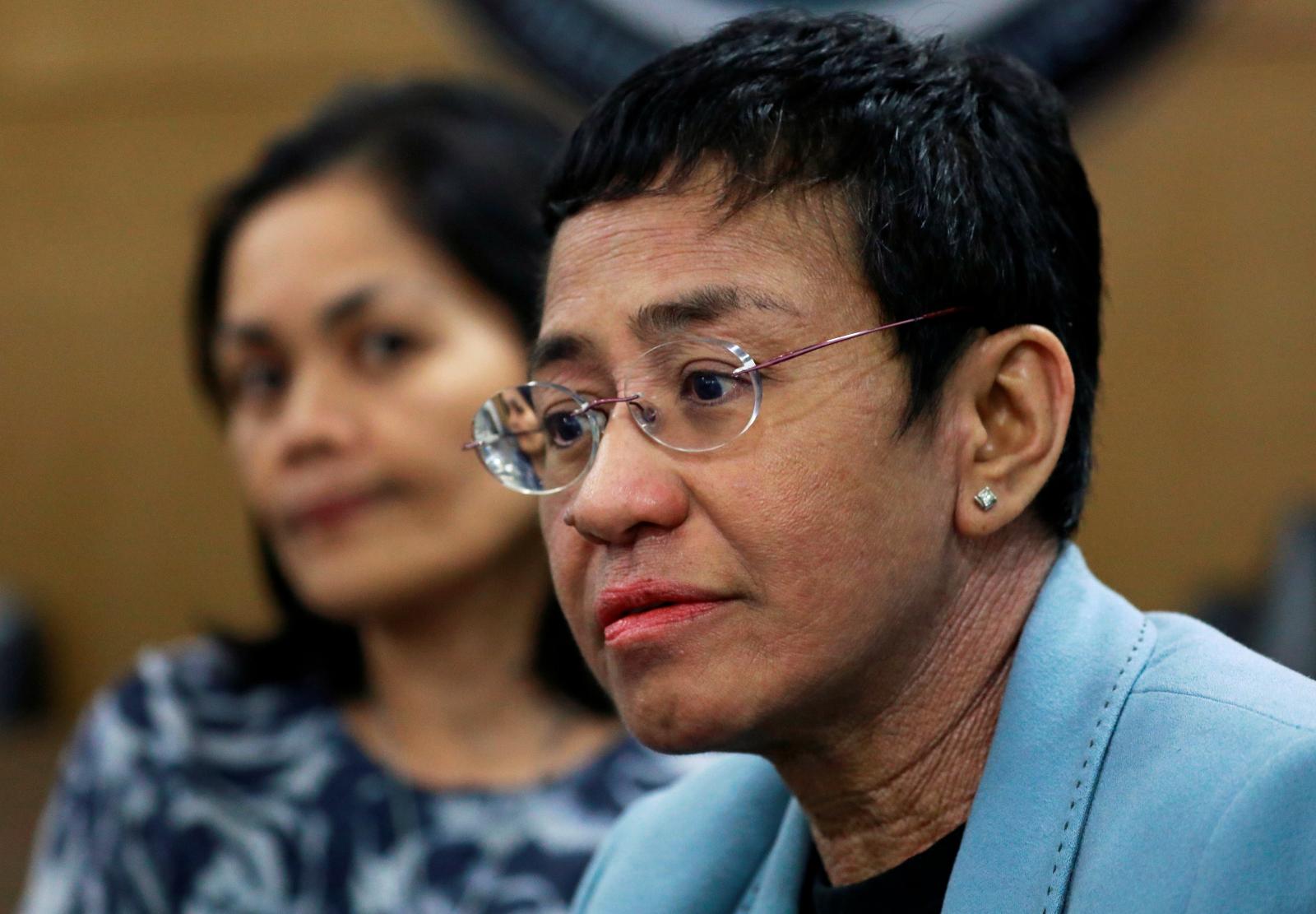 MANILA, Feb 15: The head of a Philippine news website that has locked horns with President Rodrigo Duterte was freed on bail on Thursday, a day after her widely condemned arrest on libel charges that critics say is a government effort to bully journalists.

Maria Ressa, the award-winning head of news platform Rappler, was served a warrant live on television at her office on Wednesday for what media watchdogs said were trumped-up charges aimed at intimidating those who challenge Duterte’s rule.

“For me it’s about two things - abuse of power and weaponisation of the law,” Ressa said.

“You have to express outrage and do it now. Press freedom is not just about journalists ... Press freedom is the foundation of every single right of every Filipino to the truth,” she told reporters after posting bail of 100,000 pesos ($1,908) on Thursday afternoon.

Ressa is accused of cyber libel over a 2012 Rappler article, which was updated in 2014, that linked a Filipino businessman to murder, human trafficking and drug smuggling. Rappler cited information contained in a 2002 intelligence report but did not say which agency compiled it.

The businessman’s lawyer says the information was wrong, the article was defamatory and that his client wants to clear his name.

A spokesman for the U.S. State Department emphasised the importance of freedom of expression and called Ressa “a highly respected and experienced journalist”.

“We hope these charges will be resolved quickly, in a way that fully respects the freedom of the press, allows Ms. Ressa and Rappler to continue to operate freely, and is consistent with the Philippines’ tradition of a free and independent press,” the spokesman said.

Duterte has made no secret of his annoyance at Rappler and has sparred frequently with its reporters, who are known for scrutinising his policies and his appointments and for questioning the accuracy of his sweeping, often bellicose statements.

Rappler’s reporting has accused his administration of creating a social media “ecosystem” designed to defend Duterte, threaten and discredit his opponents, and discourage Filipinos from criticising him for fear of being attacked by online trolls. The government denies the accusations.

Duterte once suggested Rappler was American-owned and could therefore be linked to the U.S. Central Intelligence Agency. He called Rappler a “fake news outlet” and banned a reporter from covering his events.

Duterte made no mention of the case during a televised speech late on Thursday that lasted almost two hours.

Asked by a reporter for comment on Ressa’s case, he appeared bemused and said he knew nothing of it. He also expressed frustration when asked about administration attacks on the media: “Far from it actually”.

Rappler, founded in 2010, is no stranger to legal challenges and faces ongoing cases over tax evasion and alleged ownership violations. It denies wrongdoing and says it will not be cowed into self-censorship.

This was the first time Ressa was arrested, although she said her release marked the sixth time she had been charged and granted bail.

Duterte’s spokesman, Salvador Panelo, said the libel case was “absolutely unrelated” to the government and that Duterte had no interest in punishing journalists.

Ressa spent Wednesday night in a room at the National Bureau of Investigation headquarters in the capital, Manila, and had been unable to post bail immediately because the court had closed.

Her brief detention was criticised by journalists and activists at home and abroad. Former U.S. Secretary of State Madeleine Albright said it was an “outrageous” arrest that “must be condemned by all democratic nations”.

London-based Amnesty International said Duterte’s administration was using the law to “relentlessly intimidate and harass journalists”. Dabet Panelo of the National Union of Journalists of the Philippines said it would backfire.

Photo journalists and their equipment to be insured

KATHMANDU, Aug 24: Here's good news for photo journalists in the country. Now their health and camera will be covered... Read More...