Petrol theft by tanker driver on the rise in Pyuthan 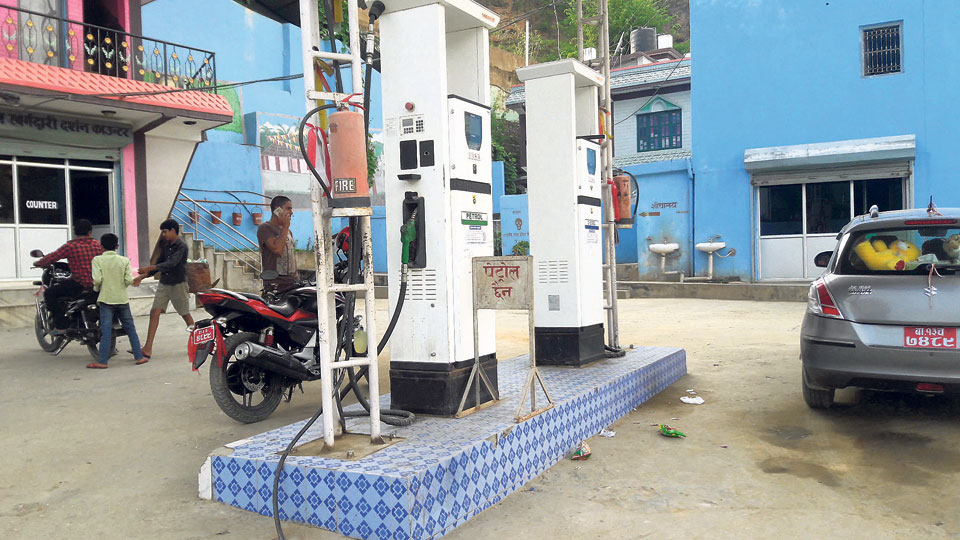 PYUTHAN, June 28: Petroleum pump operators in the district have filed a complaint at the police, stating that fuel theft during transport was on the rise.

They said that supplies that pumps receive are lower than what the Nepalgunj depot of Nepal Oil Corporation (NOC) dispatches.

Though they were assuming earlier that lesser supply was due to technical loss during transport and hot summer, they concluded that fuel theft was on the rise when Yogi Petrol Pump of Jaspur received 328 liters less supply recently.

The pump operators filed a complaint against petrol theft at Area Police Office on Tuesday, demanding investigation into the issue.

“We were already facing loss as petrol evaporates during summer season. Oil theft by transporters has compounded our woes,” Damodar Yogi, the owner of Yogi Petrol Pump, said. “In my case, the tanker driver has admitted that he stole petrol while transporting it from the depot to the pump.”

While pump operators are pressing the local administration to take action against all those involved in petroleum theft, erratic supply from petrol pumps have affected general public.

“How can we run business facing such a huge loss?” questioned Nareshwar Lamsal who is the owner of Sarita Oil Suppliers.

Chief District Officer of Pyuthan, Krishna Bahadur Ghimire, said that the driver, who was caught stealing petrol red-handed, is in police custody for further investigation. “The drive must be punished for his act,” he added.

Scooter driver killed after being hit by tipper

KATHMANDU, April 21: A-26-year-old man driving a scooter was killed after being hit by a tipper at Kamalbinayak in Bhaktapur... Read More...