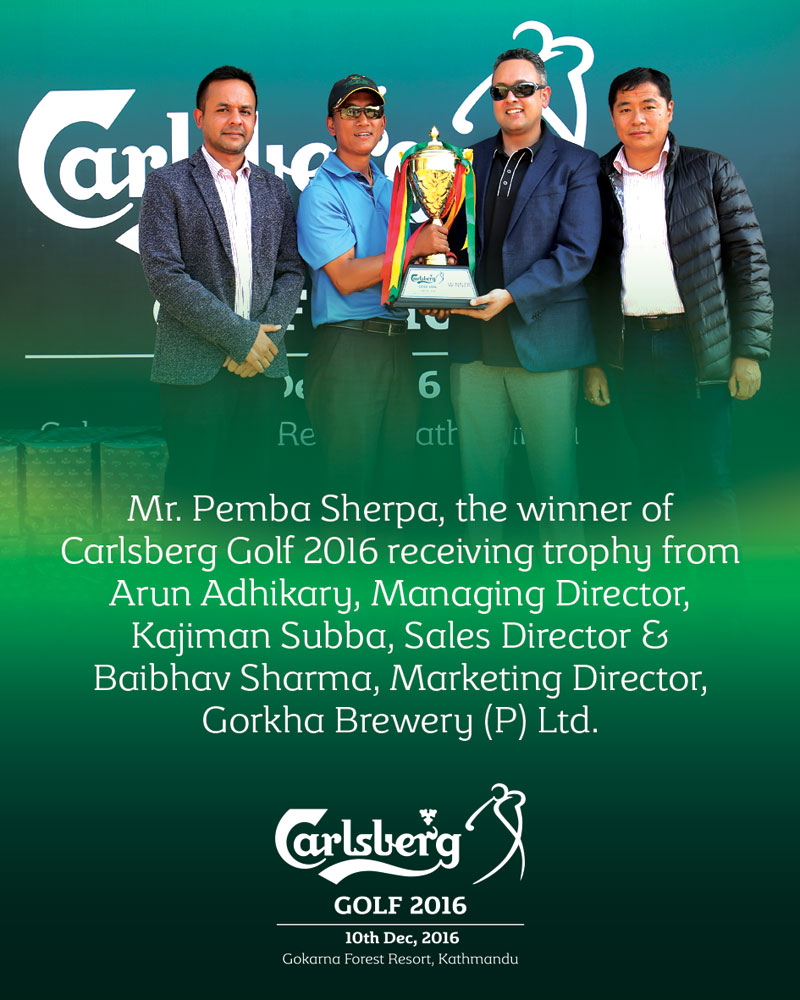 The eighth handicap golfer Pemba scored 37 stableford points to finish one point ahead of Rajendra Shrestha. Winner Pema received trophy and gift hampers. Rajendra with 36 points stood second on count back after being tied with Mahesh Bikram Karki in the event played under stableford format ¾ handicap allowances.

He accumulated 35 gross points and hit a drive of 330 yards on the 18th home. Mahesh Bikram Karki was the winner of the senior category aged 60 and above. He had finished with 36 points. Besides this, he also earned closest to the pin award title for his feat on hole no 10. Sashi Singh finished second in the senior section with 34 points.

Pratima Sherpa won the women’s trophy with 27 points finishing two points ahead of Kalpana Limbu. Wanchen Dhondup was rewarded with the most birdies trophy award for four-birdies in the tournament.

KATHMANDU, May 13: Madhav Acharya has won the title of the Turkish Airlines World Golf Cup Kathmandu Qualifier which was played... Read More...

The spirit of Nepal is infectious
23 hours ago
Arrest of NC leader Paudel is an indication of totalitarianism: President Deuba
13 hours ago