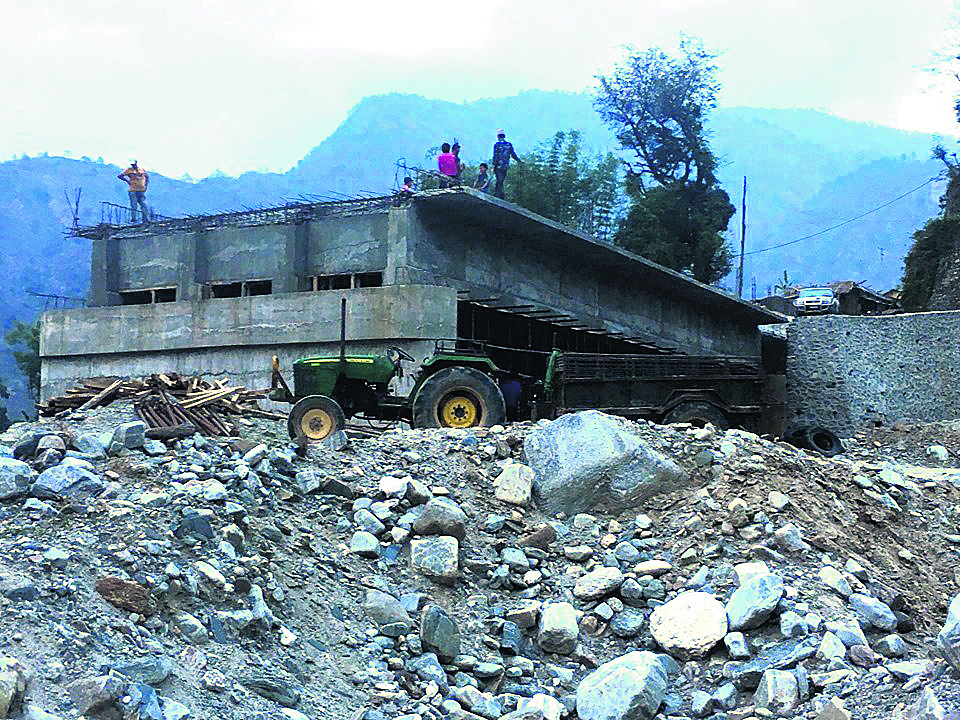 According to Mid Hill Highway Project Office, Dhulikhel, RCC bridges over Khangsang River and Sokhu River in Sindhuli still remain incomplete even though it has nearly been eight years since construction started.

Pappu/Nepal Pragati JV of Kathmandu bagged the contract to build both the bridges some eight years ago. "We are tired of following up. The contractor has neither started work, nor approached us for extension of construction deadline," Ishwor Karki, the information officer of the project, told Republica. "We have repeatedly requested the bank to seized performance bond deposited by the contractor. But the contractor is not in our contact," he added.

Pappu/Nepal Pragati JV bagged the two big projects at a combined cost of Rs 92 million (exclusive of VAT). While Khansang bridge is 50 meters long, the one over Sokhu River is a double-lane bridge of 100 meters.

Similarly, Sarba Uddhar/Sagarmatha JV, which bagged the contract to build a bridge over Bahadur River on the border of Udayapur and Sindhuli district eight years ago, also has not completed its work. The contractor had received mobilization money in July, 2011, to build a double-lane bridge of 61 meters. The company was blacklisted by Public Procurement Monitoring Office in 2018 because of its failure to complete the project on time.

"The cost of the project is Rs 31.07 million. The project still remains incomplete," added Karki.
The fate of a double-lane bridge of 15 meters over Pankhu River in Khotang is no different. Siruwa Construction Pvt Ltd, which bagged contract worth Rs 20.16 million to build the bridge in September 2015, has not completed the project despite getting two deadline extensions.

Surya/KMG JV, which bagged the contract to build a double lane bridge of 15 meters over Dauntekhola near Hilepani of Okhaldhunga in 2017, had extended its construction deadline to mid-September 2018. But the bridge, which is estimated to cost Rs 25.46 million, still remains incomplete.