KATHMANDU, Sept 12: Following a long-held dispute between Department of Transport Management (DoTM) and Transport Entrepreneurs, the ticket booking has opened from Tuesday.

Those heading back to their home towns for Dashain festival, the major festival for Hindus,  flocked to Gongabu Bus Park on early Tuesday in hopes of getting tickets.

Even though transport entrepreneurs sold tickets from 12 different counters in the Kathmandu Valley, a huge number of customers could be visible at Gangabu Bus Park.

Customers had to queue up for hours at Gongabu Bus Park for tickets. Most of the passengers were found complaining of not getting tickets on the first day.

“I could not get a ticket even I queued up for hours this morning. I got it only after a monotonous wait of two hours,” complained Amrit Shahi, a customer, who was met this afternoon at Gogabu Bus Park.

Srijana Malla who reached Gongabu Bus Park to buy ticket for Dhangadhi has a similar story.

According to Spokesperson at the Department of Transport Management (DoTM), Dr Tokraj Pandey, the tickets could be booked from Gaushala, Sundhara, Koteshwor among other places besides New Bus Park.

More than 2 million to 3 million people leave Kathmandu Valley for their respective hometowns during the Dashain, according to the DoTM. 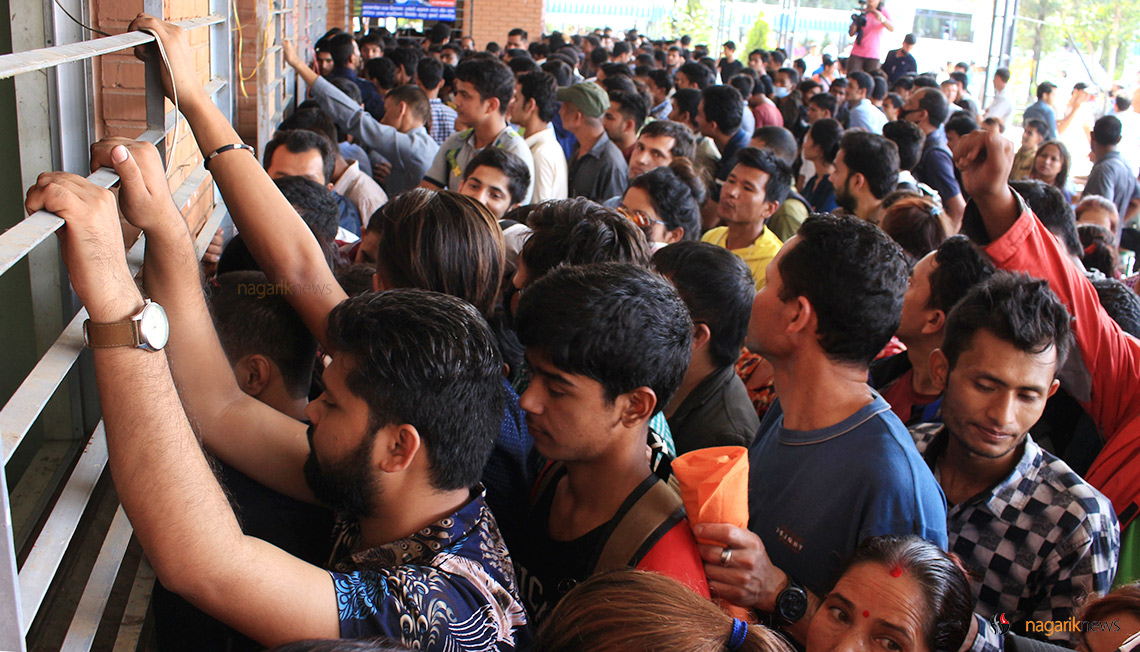 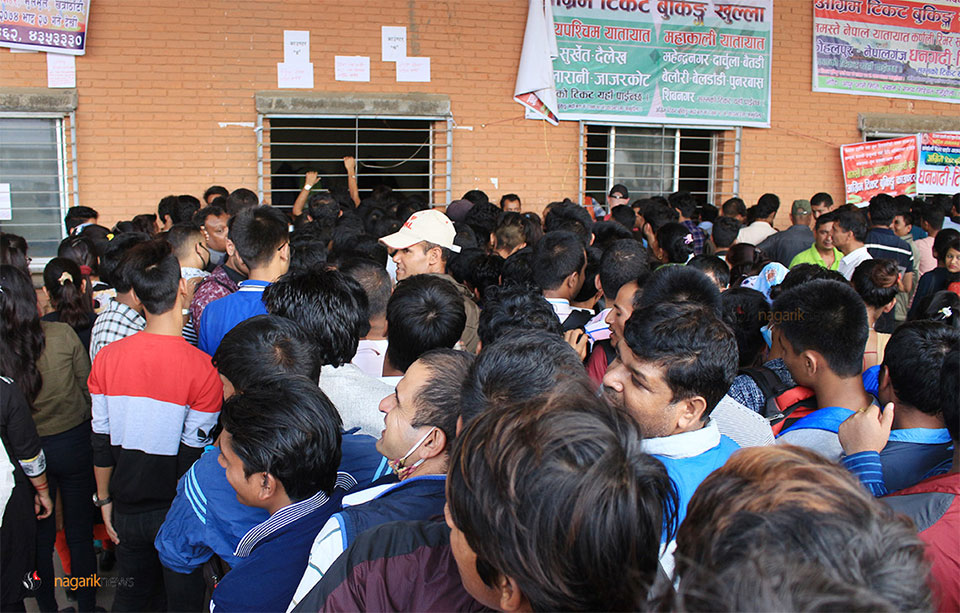