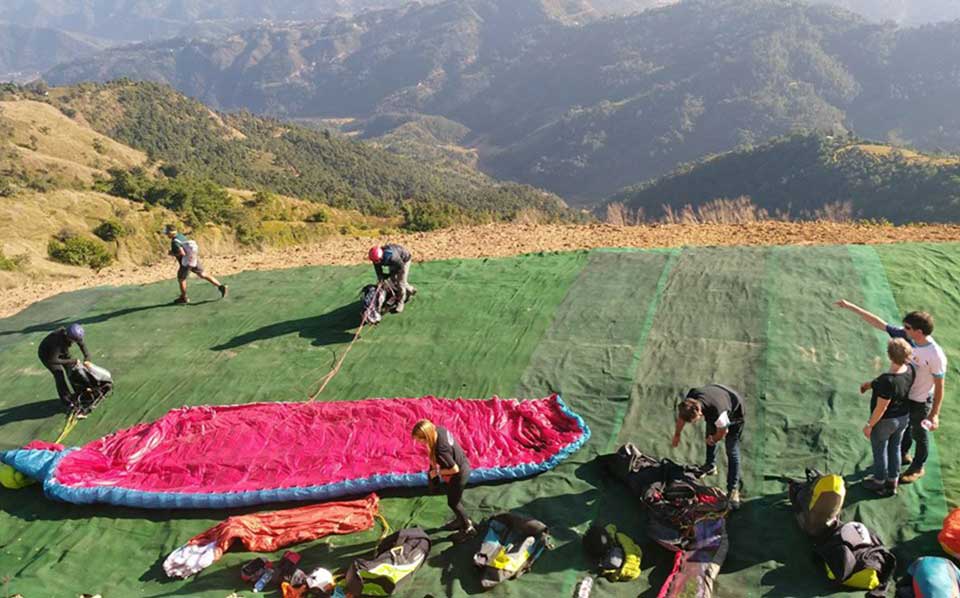 The tournament is being held at Bheerkot and Waling municipalities in western Nepal. The players will participate by taking the flight from Swarek of Bheerkot-5 (1577m) and will land at Waling-11 (800m).

Paragliding, which started commercially in Pokhara nearly 20 years ago, won the only medal for Nepal for the first time at the Asian Games in 20 years.

Coordinator of the paragliding competition management main committee and chief of the District Coordination Committee, Sita Sundas, said that the championship would help enhance Syangja district’s identity across the globe. She further said the championship would be an important occasion for publicizing the possibility of air sports in the country at the international level.