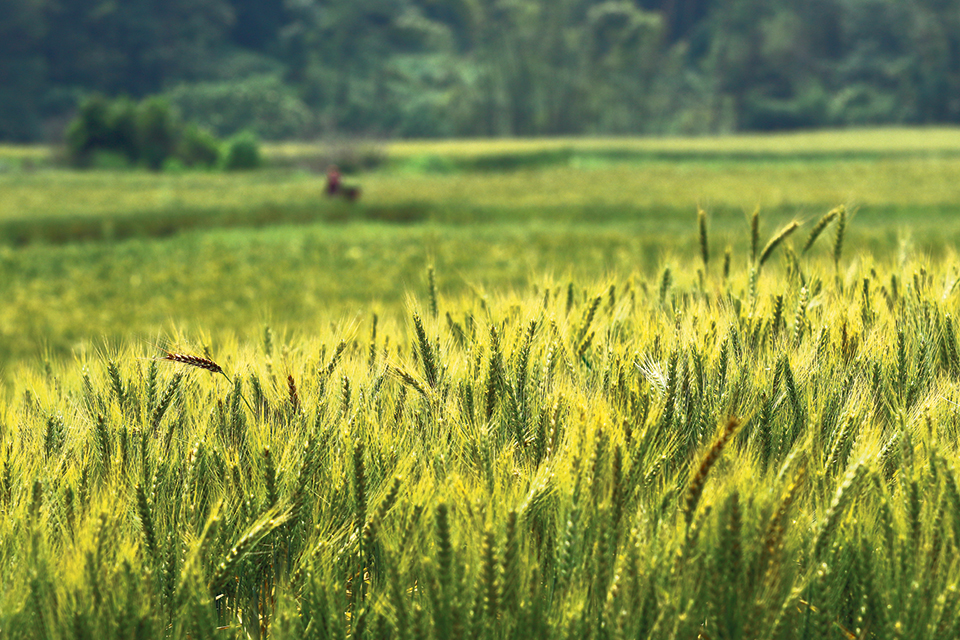 According to Ministry of Agriculture and Livestock Development, paddy was transplanted on 94.83% of land across the country this year, compared to 95.39% of fields last year.

The ministry has stated that paddy has been transplanted on 1,300,830 hectares of arable land this year.

The data shows paddy couldn’t be transplanted on 70,876 hectares of land this year.

“Transplantation in regard to area has seen a decline of 0.5% this year,” Tej Bahadur Subedi, the spokesperson for the Ministry of Agriculture and Livestock Development, told Republica.

Similarly, Province 5 and Karnali Province have reported transplantation on 94.39% and 96.16% of paddy fields, respectively.

Nepal produced 5.61 million tons of paddy last year, according to the Department of Agriculture. However, officials of the department and the ministry say the country might see a decline in paddy output this season due to decline in transplantation rate owing to delayed monsoon.

“We expect production to fall by 25,000 to 30,000 tons this year,” added Subedi. “Three factors affect paddy production – transplanted areas, favorable season and pest attacks. Though paddy transplantation has fallen slightly this year, we are yet to see impacts of other two factors.”

The availability of fertilizers also affects paddy production, according to Subedi.

Paddy transplantation rate has averaged 95-97% over the past few years.

Agriculture contributes about 27% to the country’s total Gross Domestic Product (GDP). Paddy alone contributes 7% to the total GDP, while its contribution to agriculture GDP is 21%.

BAITADI, June 28: Farmers are facing problems in transplantation of paddy due to scanty rainfall. Farmers, who used to depend... Read More...

DHANGADI, July 23: The paddy cultivated in most of the districts of Province-7 has started drying up in lack of monsoon-triggered... Read More...