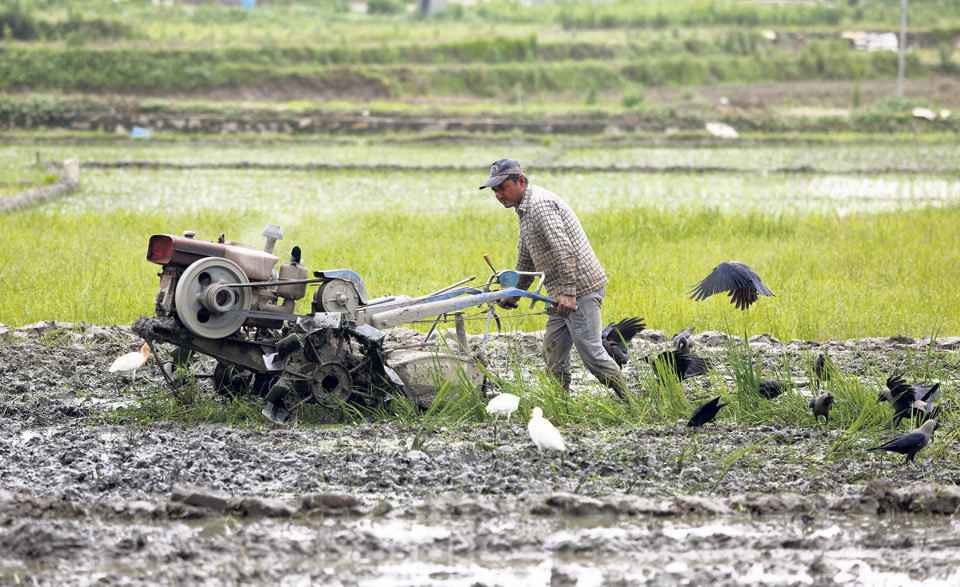 KATHMANDU, July 8: Lack of sufficient rainfall takes toll on paddy cultivation as transplantation has been completed on only around 15% of paddy fields across the country, according to Department of Agriculture (DoA).

Data compiled by the department shows transplantation has been done on 14.71% of cultivable land as of June 30.

Paddy transplantation figure this season is almost five percentage points down compared to corresponding period of last year. Transplantation was completed on 19.53% of fields till June 30 last year, according to an official of the department.

Of the 1.42 million hectares of paddy fields across the country, transplantation has been completed on 208,882 hectares as of June 30,” Mahadev Prasad Poudel, a senior agriculture economist at the department told Republica.

“As monsoon has entered the country, transplantation is going on across the country in full swing. But we have not received fresh data from our field offices yet," Poudel added. "We will get updated data on Tuesday."

According to Paudel, paddy transplantation is almost completed on paddy fields that have irrigation facilities. "Farmers, who are dependent on monsoon rains for farming, however, are yet to transplant paddy this season," he added.

Nepal's paddy production capacity is 5.61 million tons, according to the department. However, officials like Paudel say that the country might see a decline in paddy production this season owing to delayed monsoon.

Average paddy transplantation rate has remained 95 to 97 percent over the past few years. "There is little chance of achieving 100% transplantation this year as well due to lack of sufficient rainfall,” said Poudel.

Generally paddy transplantation across the country is completed by second week of August. But it can take another one week if monsoon is delayed,

KATHMANDU, June 21: The annual monsoon, which brings the season for paddy cultivation in the country, has officially entered Nepal on... Read More...

Monsoon to take one week more to enter Nepal

KATHMANDU, June 10: Monsoon particularly begins in Nepal from the first week of June. But this time, it has not... Read More...

WHO expresses serious concern over fast-spreading pandemic in Nepal, calls for emergency aid
17 hours ago
Govt recommends names for ambassadorial appointment to 11 countries
22 hours ago

Lockdown in Sunsari for 14 days, army mobilized
54 minutes ago

Do we have a government?
2 hours ago