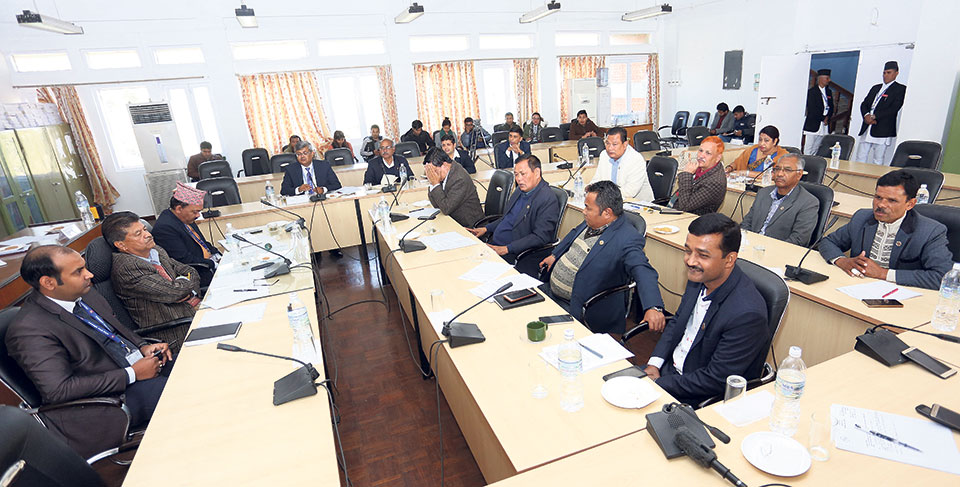 The PAC sought the PMPO’s view to verify whether the procurement process was justifiable or not, in a bid to resolve the ongoing controversy about the purchase at the earliest.

The PAC’s directive came after the PPMO said that they were not formally assigned by any government body to investigate into the matter.

“We do have information about the procurement of wide-body aircraft. However we have not studied it in a formal manner. If the committee could provide us a direction, then we can go through it,” Madhu Prasad Regmi, secretary of PPMO, had told the PAC.

In Wednesday’s meeting, the committee provided brief information about the procurement process to the PPMO.

Director of the PPMO Ram Chandra Sharma said that they will start investigating based on the report of Office of Auditor General (OAG).

Responding to the committee’s question why the national flag carrier Nepal Airlines Corporation (NAC) did not buy brand new planes directly from the manufacturer, Sharma said that in the Public Procurement Act, there was no mandatory provision of purchasing directly from manufacturer.

“If they wish to buy through a supplier, then they are not legally obliged to purchase directly from the manufacturer,” he argued. “Moreover, aircraft with 1,000 hours of flying cannot be called an old aircraft.”

The committee asked the PPMO to focus on two things: process and price of the aircraft procurement.

The 55th report of the OAG has clearly stated that procurement laws were breached in the purchase of the two aircrafts.

In a meeting held earlier, PAC Chairman Bharat Kumar Shah had alleged that there had been an embezzlement of Rs 6.29 billion in the purchase of the wide-body planes.

Speaking to reporters in Kathmandu on Wednesday, Minister for Culture, Tourism, and Civil Aviation Rabindra Adhikari said that the guilty in the procurement process, if any, will face punishment but the wide-body planes will fly at full capacity at any cost.

“Investigation is underway. If anyone is found involved in financial embezzlement, then they will face needful action,” the minister said.

“Unless the national flag carrier becomes strong, it would be difficult for the country’s tourism industry to grow. We will make NAC a competitive player in the international market,” Adhikari resolved.

He further said that they were working on improving the management system of NAC. The corporation will soon be operating independently under company model, the minister claimed.

KATHMANDU, Nov 24: International Relation Committee of the parliament has formed a sub-committee to investigate the procurement process of wide-body aircraft... Read More...