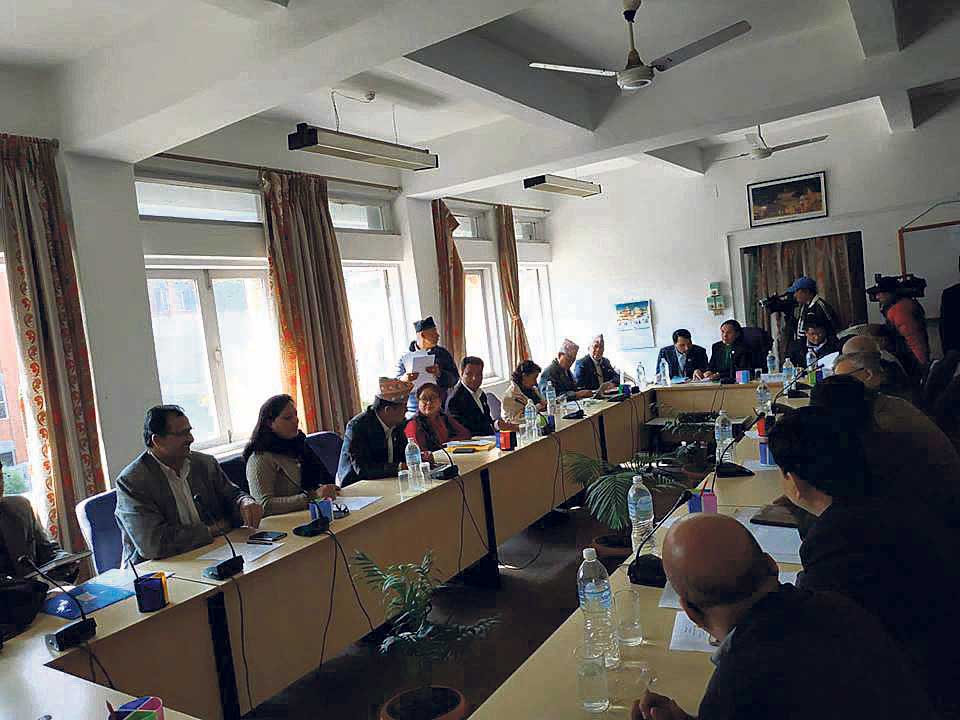 KATHMANDU, Nov 24: International Relation Committee of the parliament has formed a sub-committee to investigate the procurement process of wide-body aircraft by Nepal Airlines Corporation (NAC).

The committee on Friday took the decision in the face of controversies surrounding the procurement process of A330-200 series Airbus aircraft.

"There have been a lot of questions out there regarding the procurement of wide-body aircraft. So it is necessary to find out the truth,” said Pabitra Niraula (Kharel), chairman of the committee. She said the sub–committee led by Prakash Man Singh, with Naradmuni Rana and Renuka Gurung as its members, will investigate into the matter.

The sub–committee has been given a month to submit its report. It will study all documents related to the procurement process in detail, and also take stock of the future planning and strategies of NAC to make wide-body commercial and competitive. The committee has directed the NAC to provide all required documents.

Issuing a white paper on November 15, the NAC had asked the government for financial help for operation of the wide-body aircraft.

"The corporation should provide all related information such as how it plans to pay back the debt, how it will manage human resources including operation to new destinations, among others," chairman Niraula said. "The reports and documents should convince the government that wide-body won't add any financial burden to the government."

Krishna Prasad Devkota, secretary of Ministry of Culture, Tourism and Civil Aviation requested the committee to investigate the issue and sort out this controversy as soon as possible.

"Till September we paid all debt installments on time. However, it might be difficult to pay the December installment, as the aircraft is in loss," he said. He, however, assured that once the wide-body craft begins flights to Osaka by December this year and to Guangzhou by February 2019, there would be no problem finding money to pay installment.

Devkota said there was a kind of groupism within the NAC management, which needs to end for the development of NAC.

Sugat Ratna Kansakar, managing director of the NAC, asked the committee not to expect the corporation to start making profit as soon as the aircraft came into operation.

The first wide-body craft of the NAC had landed in Nepal on June 28 this year and the second one landed on July 26. The national flag carrier operates flights to Delhi, Doha, Dubai, Hong Kong, Kuala Lumpur, Bangkok, Mumbai and Bangalore and to domestic destinations in 25 districts across the country.