‘Our lungs have turned into a vacuum cleaner’

KATHMANDU, April 8: A group of youths have staged a demonstration in Kathmandu urging the government authorities concerned to launch effective programs to minimize air pollution in the country’s major cities including the capital.

The participants affiliated to an organization named Harin Nepal drew attention of the government, particularly the Ministry of Forest and Environment, to take concrete actions in view of the hazardous level of air quality in the country.

In a symbolic protest against the government’s indifference to combat air pollution, the participants urged the government to declare a public health emergency and take necessary measures to check the growing level of air pollution.

The participants of the symbolic protests also drew attention of the government to immediately implement the Kathmandu Valley Air Quality Management Action Plan-2020, which was approved by the Cabinet on February 24 last year.

The action plan was supposed to come into force to ensure the fundamental right of citizens to live in a clean and healthy environment as guaranteed by Article 30 of the Constitution of Nepal.

Those joining in today’s protest carried placards that read “My right to breathe”, “Nepal, toxic air zone”, “Do you smoke? No, I live in Nepal”, “Shall we breathe air or dust?”, “Our lungs have transformed into a vacuum cleaner” and so on.

Owing to rampant wildfires and absence of winter rain and wind, the air quality in the country has reported a severe deterioration for the last couple of weeks. Kathmandu, the country’s federal city, has been ranked as the first in a list of cities in the world with poor air quality.

See the photos captured by a Republica photojournalist Monika Malla on Thursday afternoon. 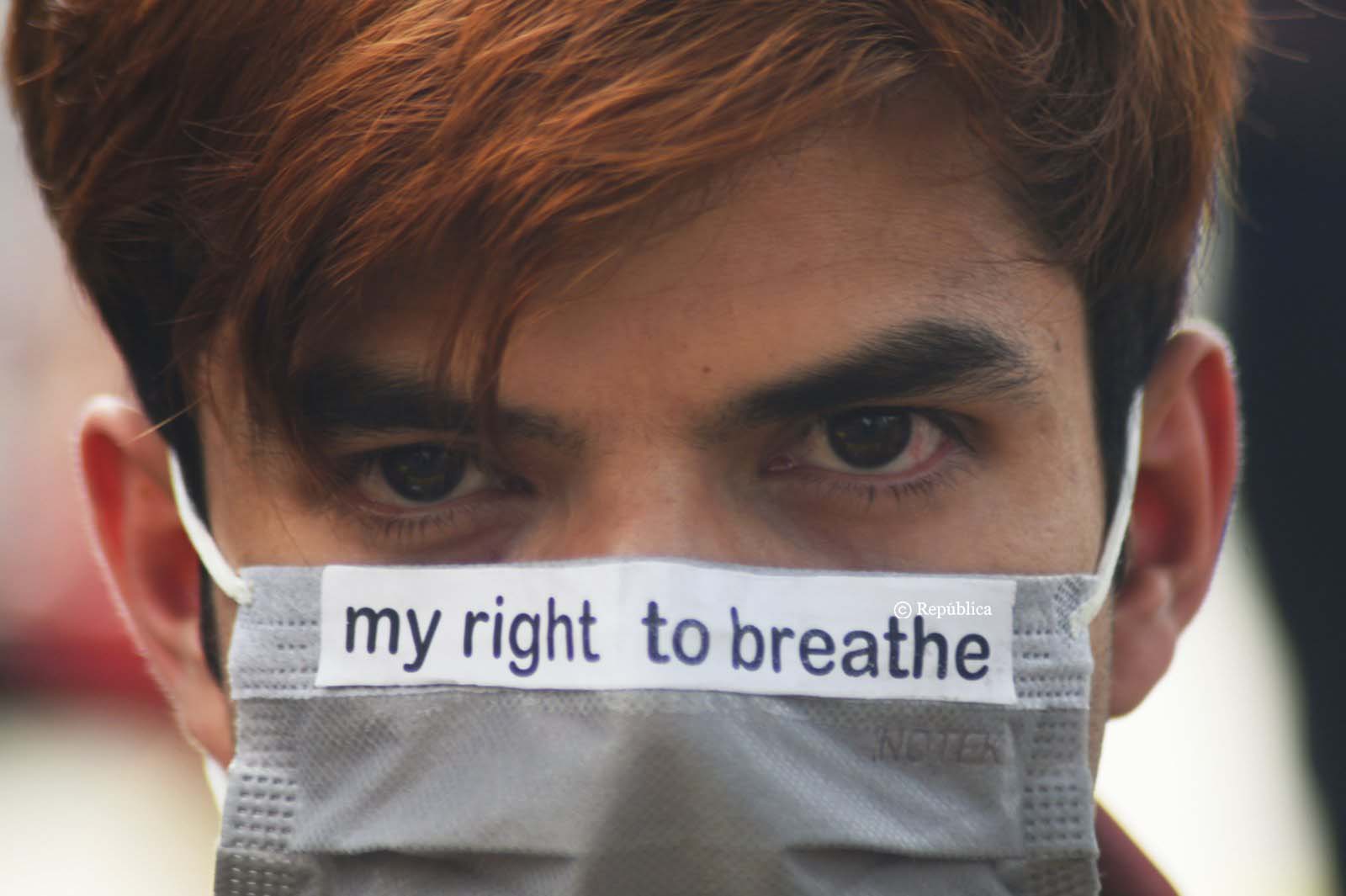 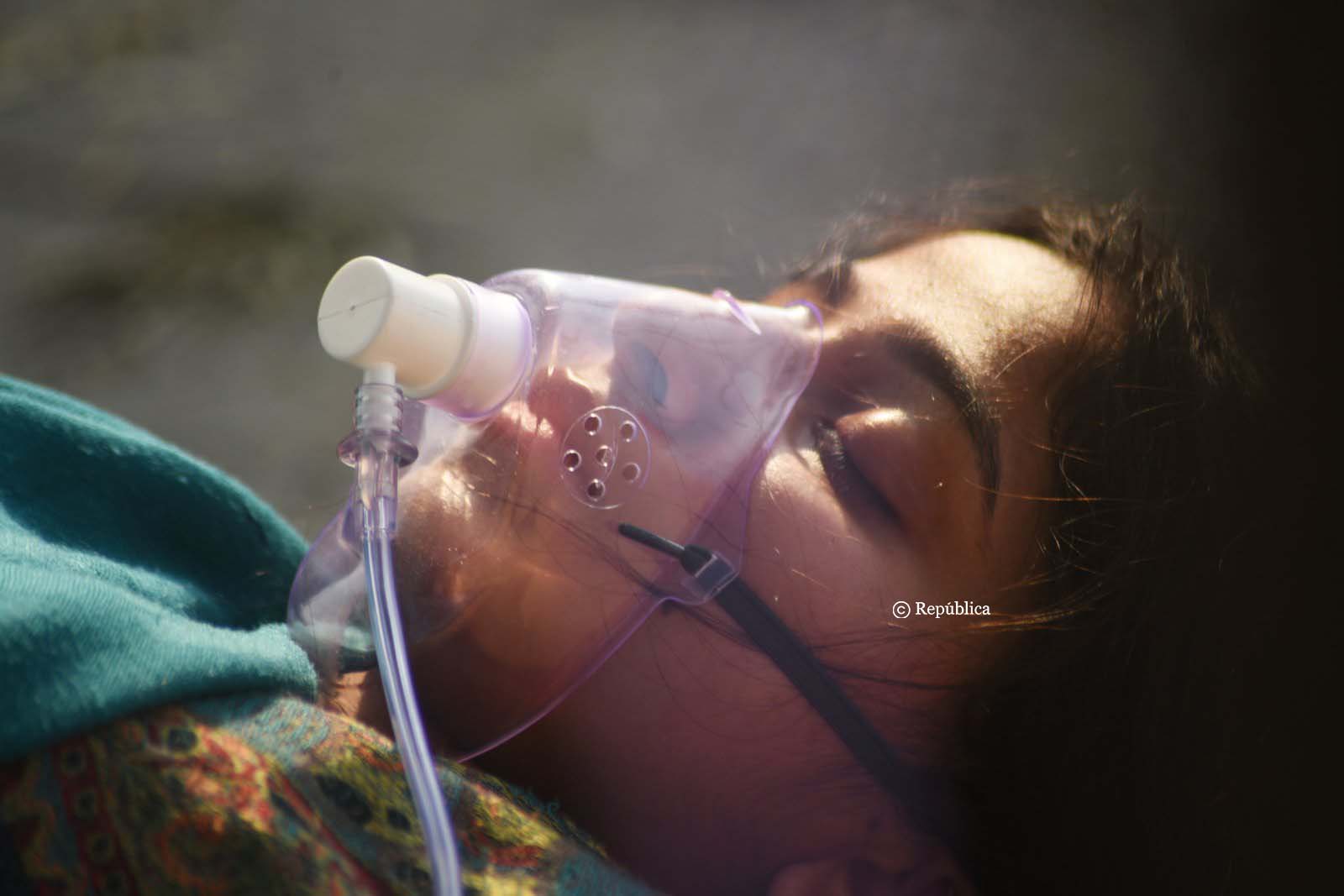 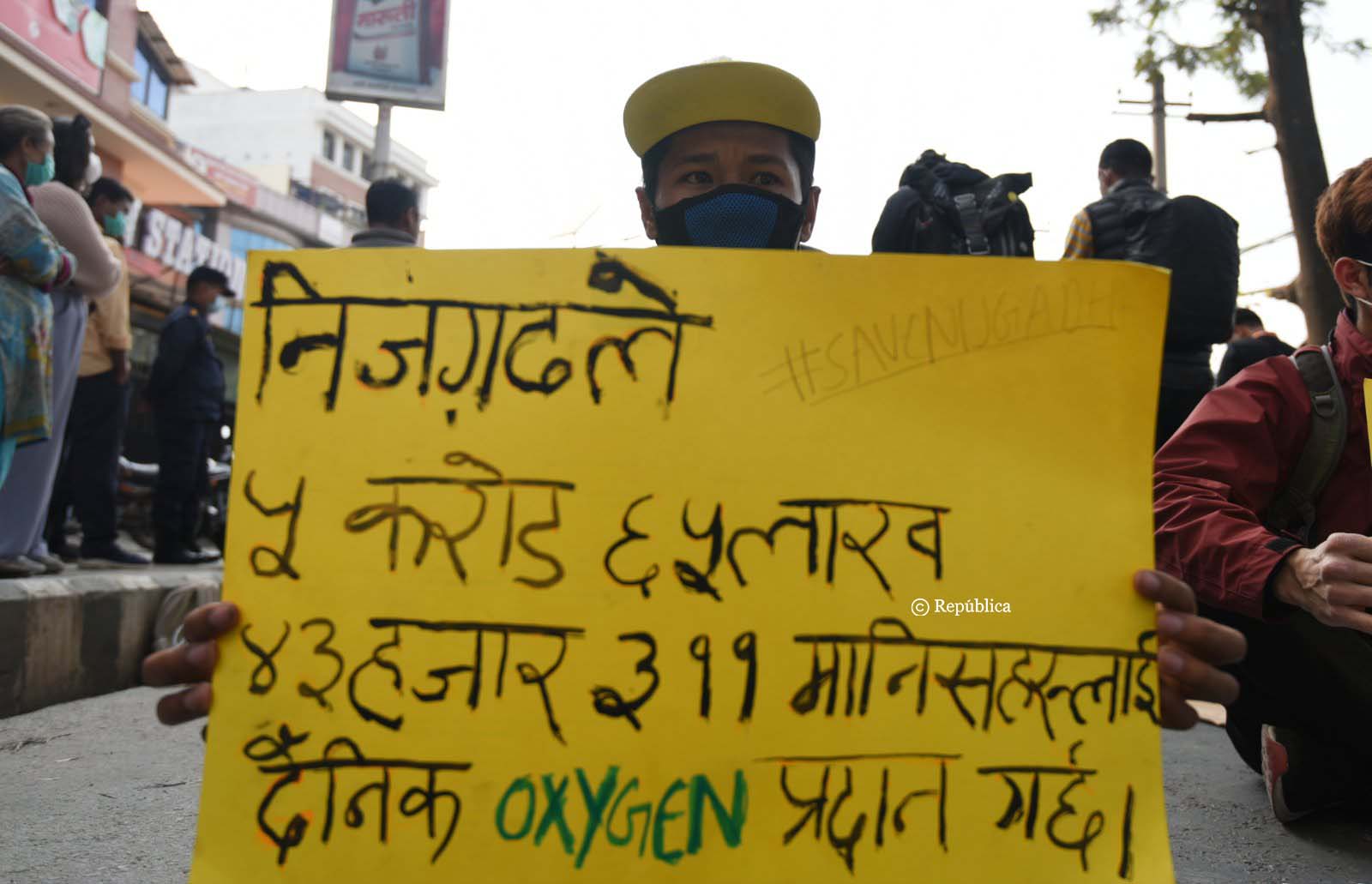 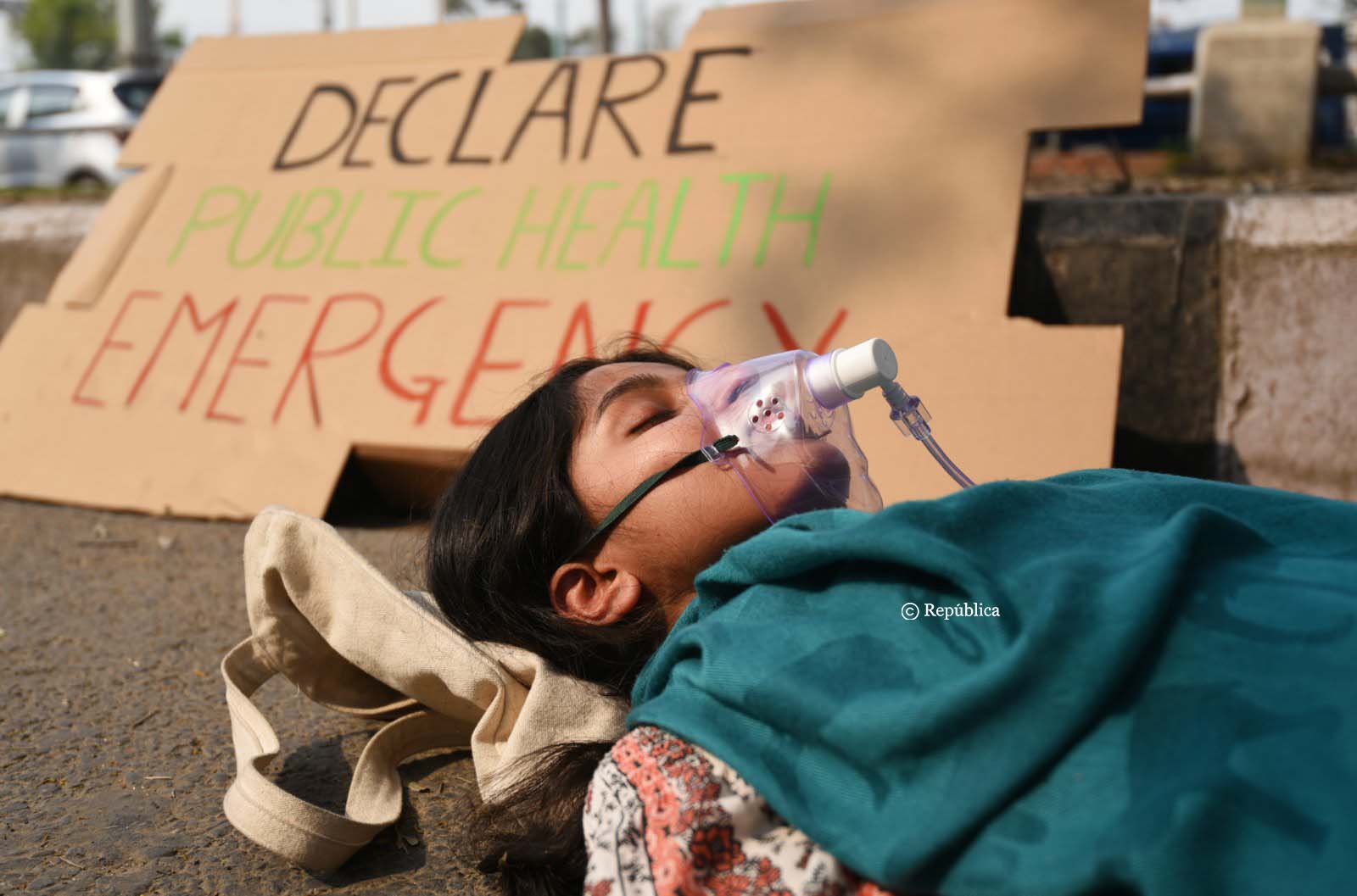 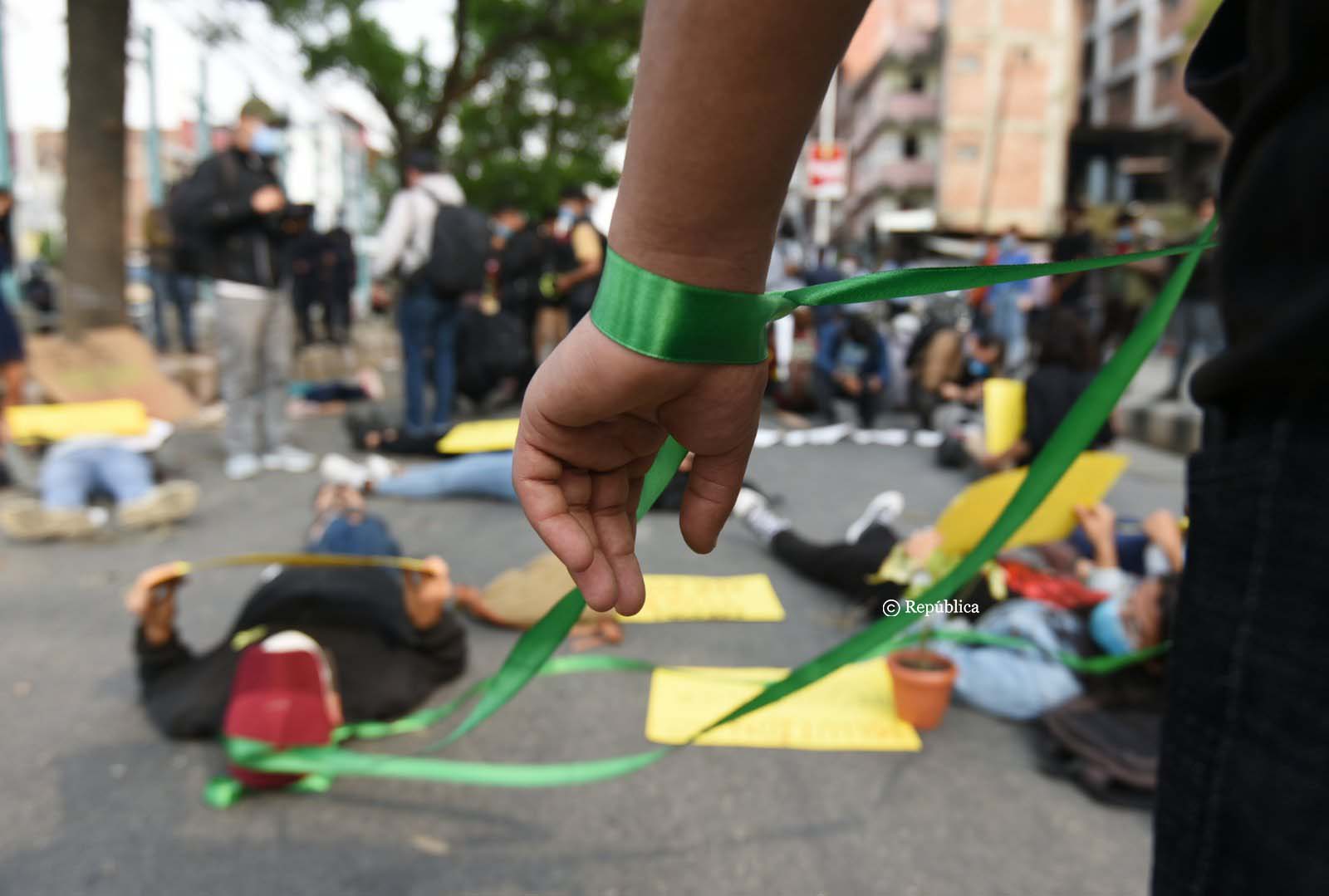 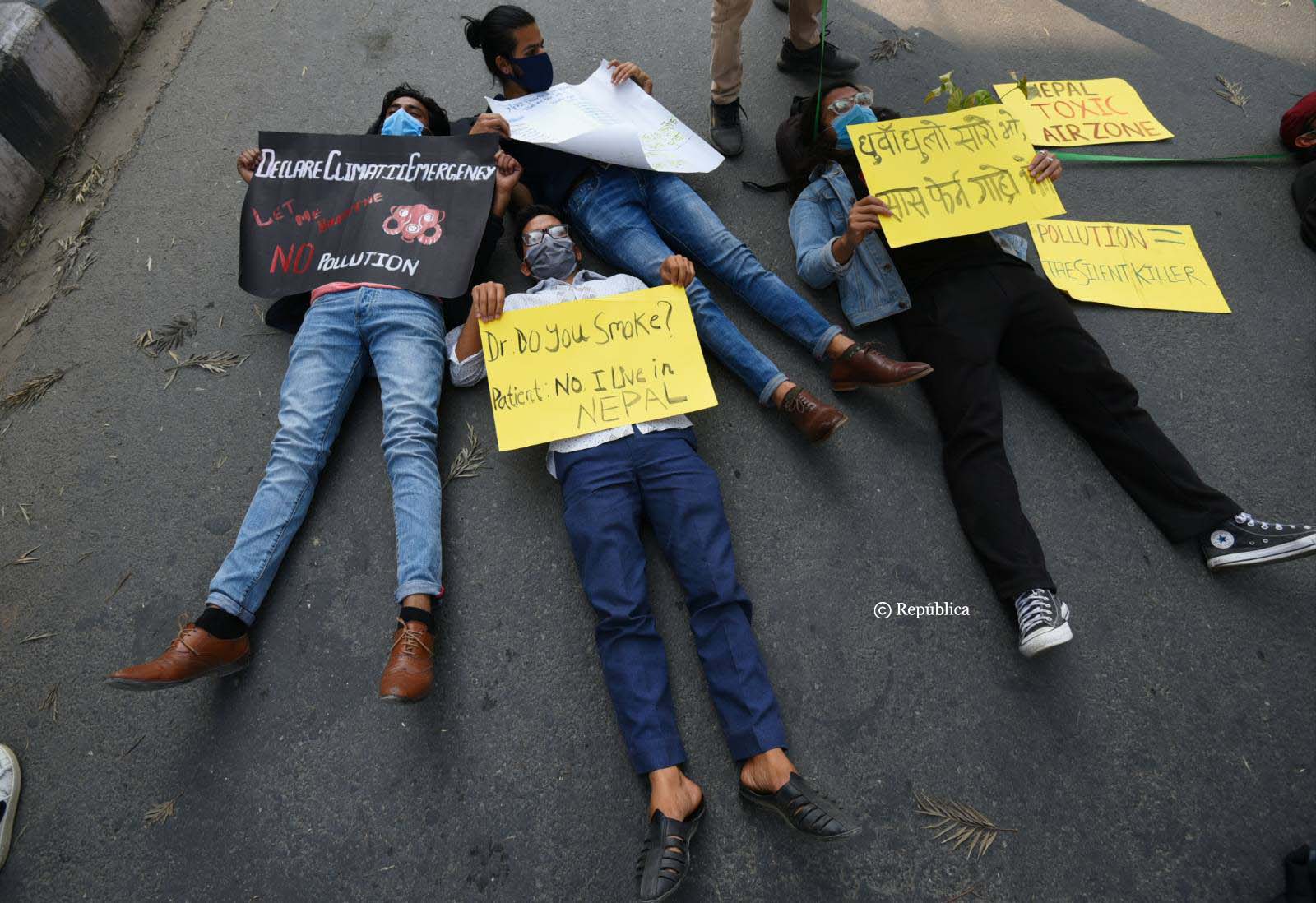 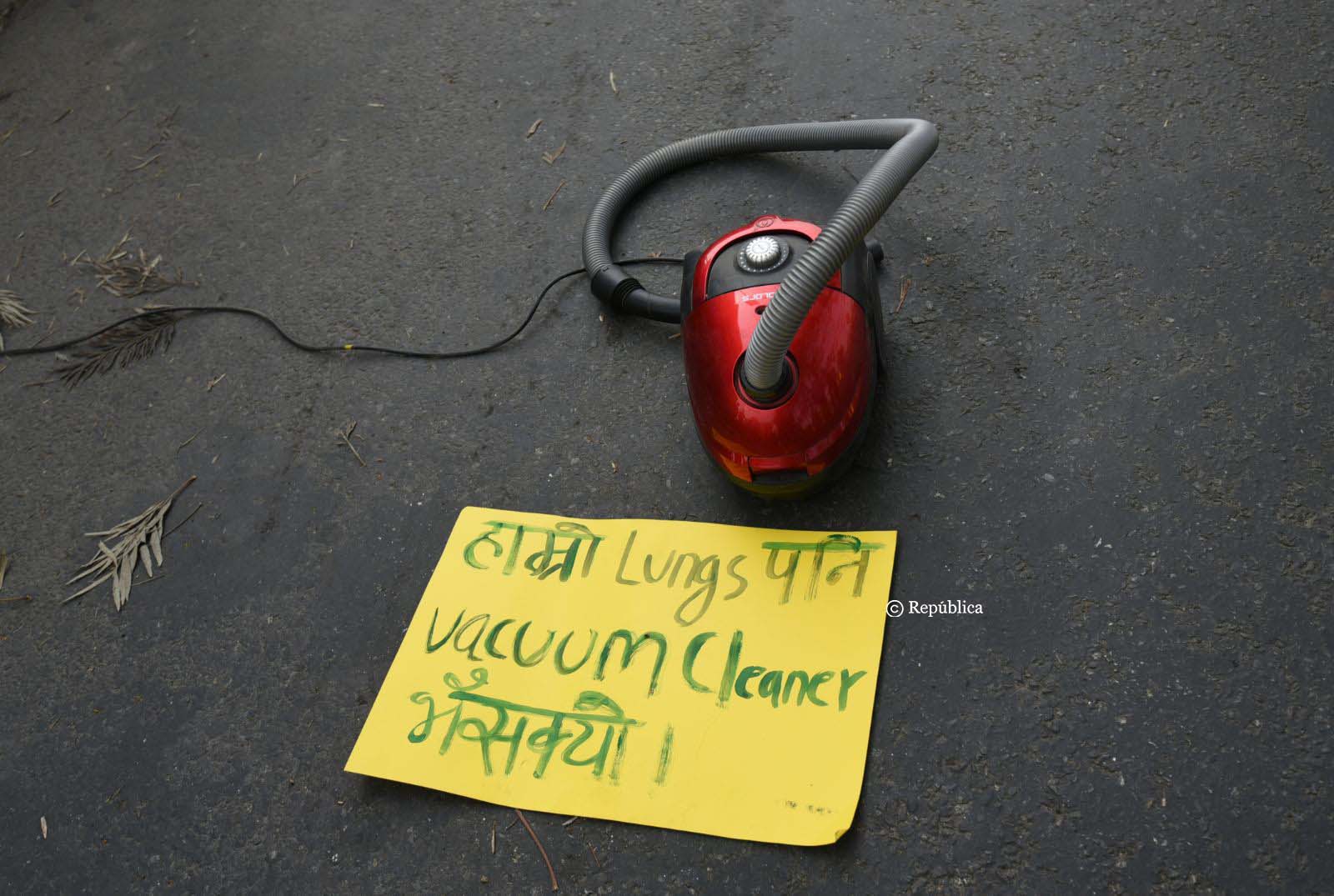 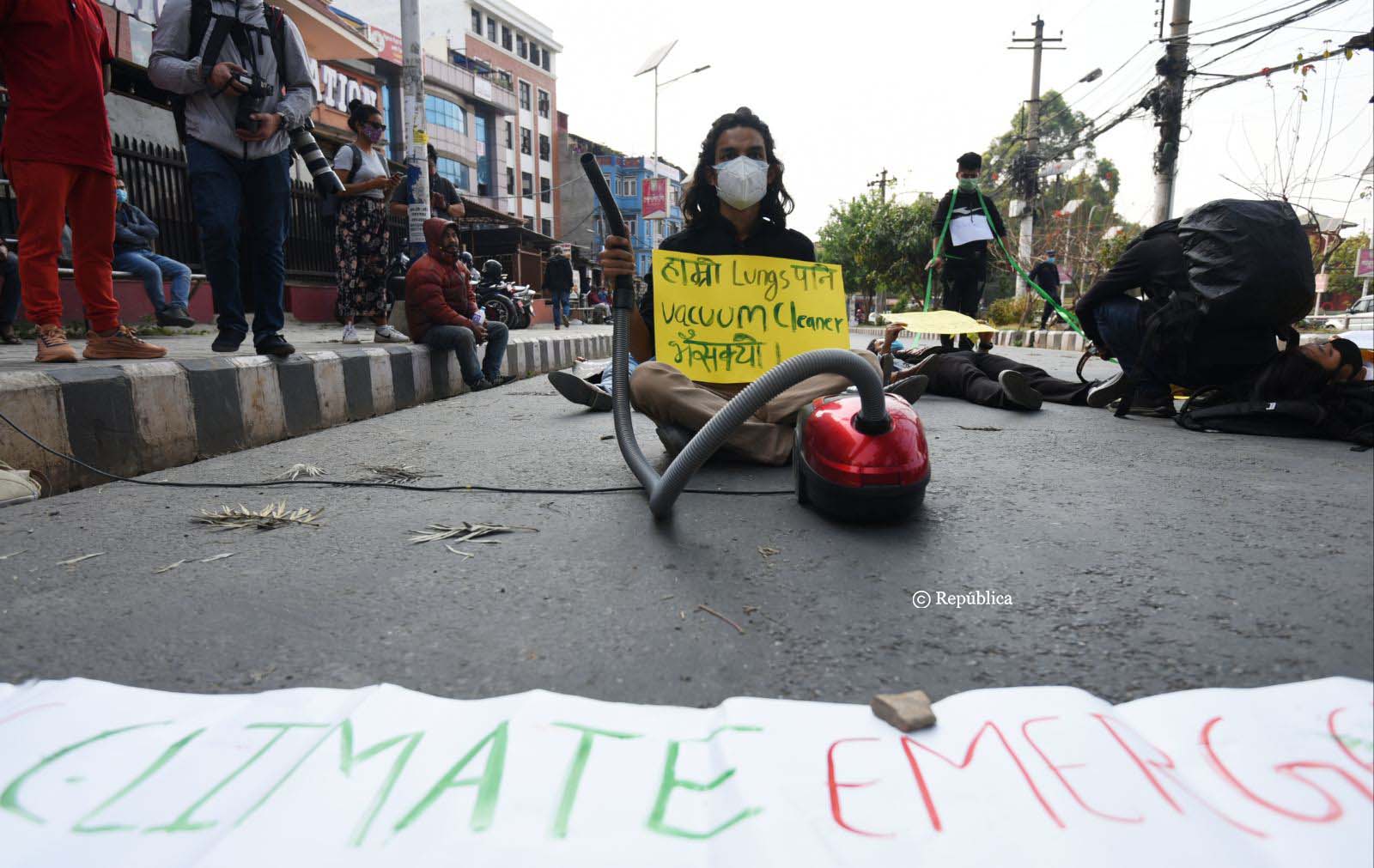 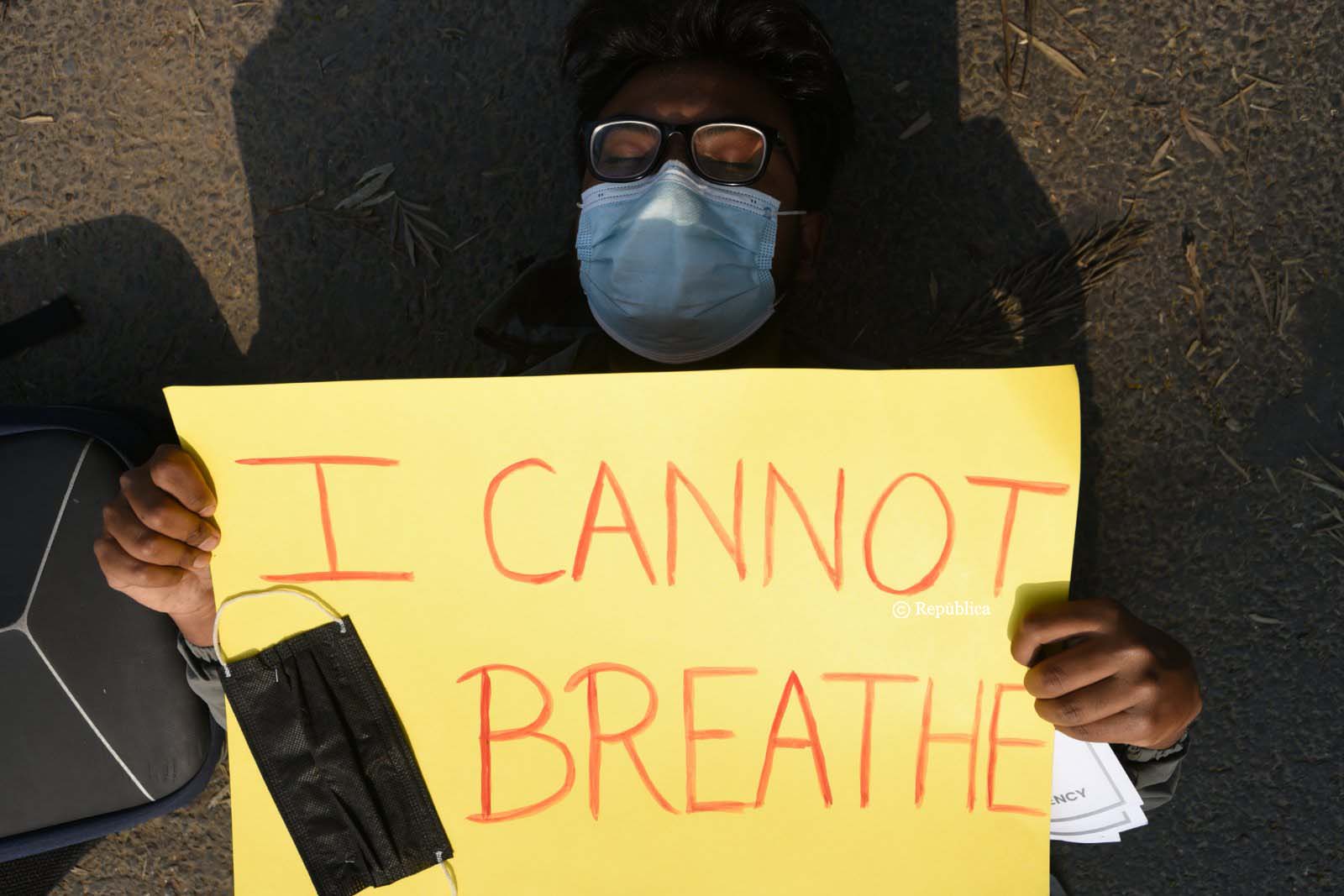 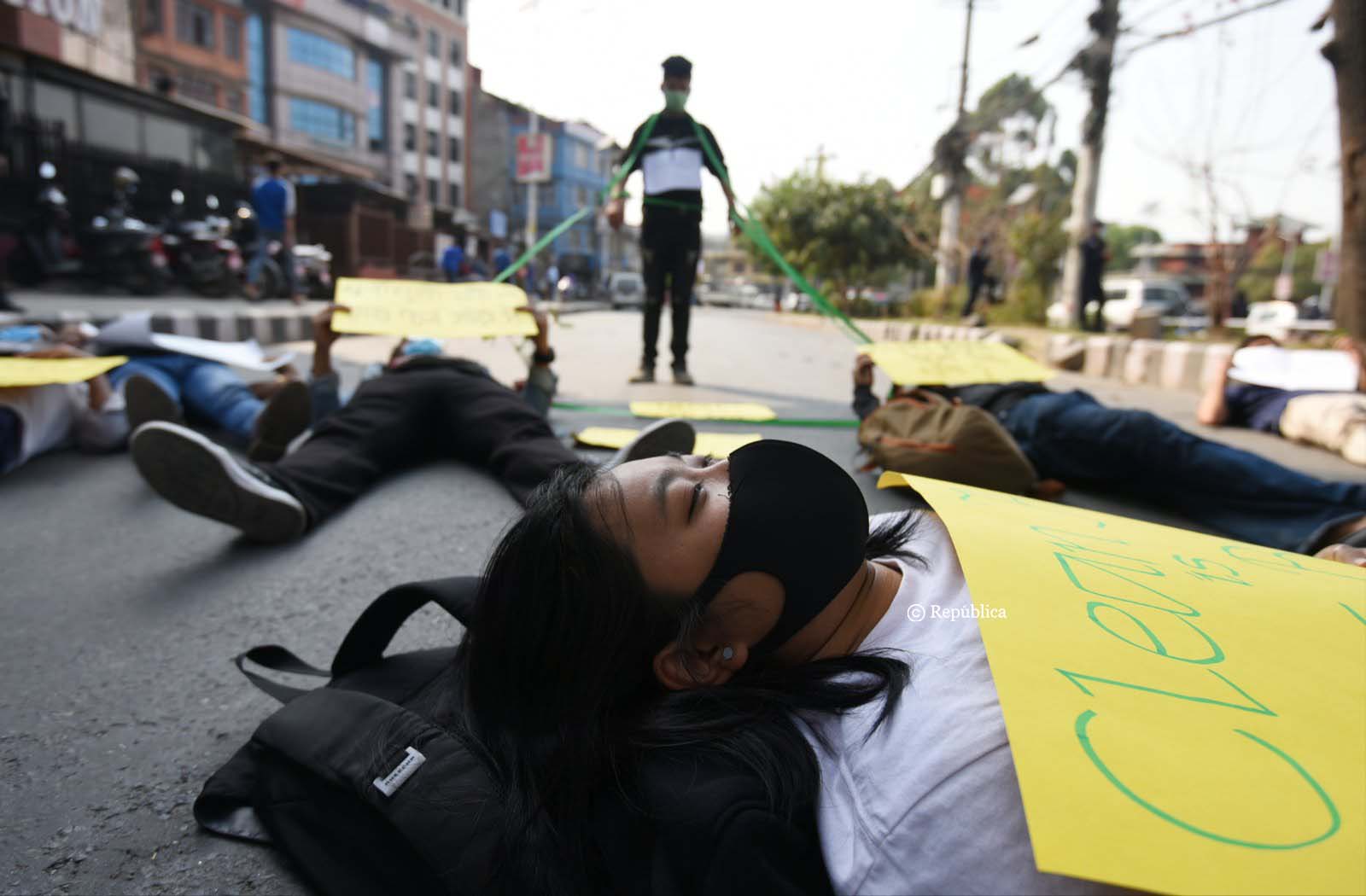 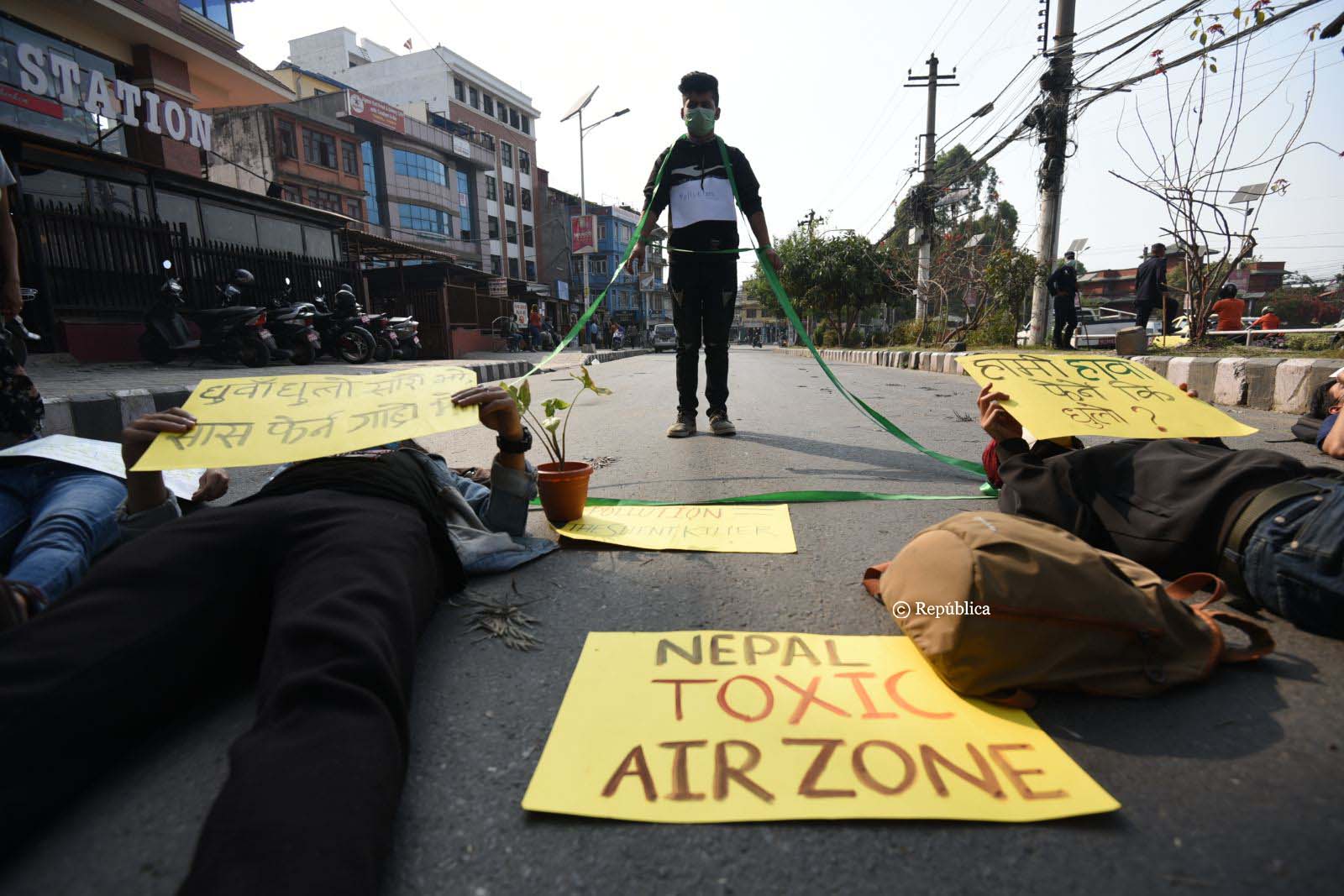 KATHMANDU, Sept 2: The Out Patient Department (OPD) services at hospitals did not operate today after the Nepal Medical Association... Read More...

KATHMANDU, May 7: Kathmandu looks amazingly beautiful these days. Not only because of the clear atmosphere due to the declining... Read More... 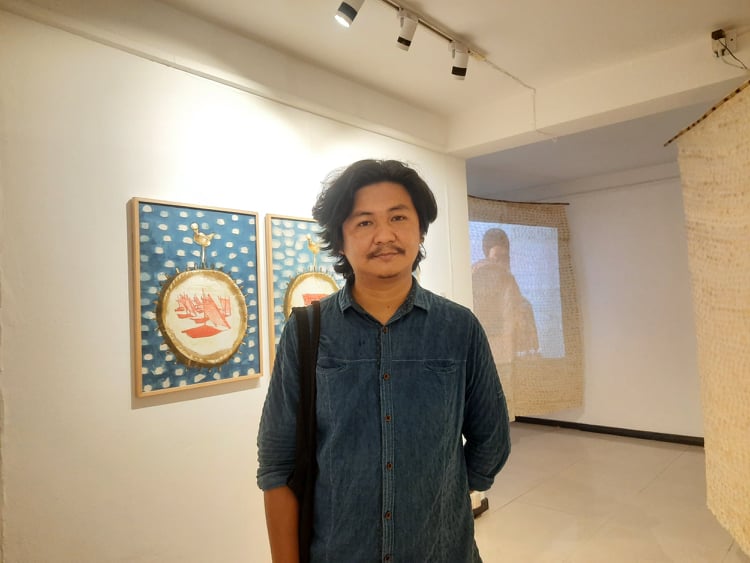 Enrollment begins for Sanofi and GSK Phase 3 efficacy trial of COVID-19 vaccine candidate in Nepal, led by IVI
15 minutes ago