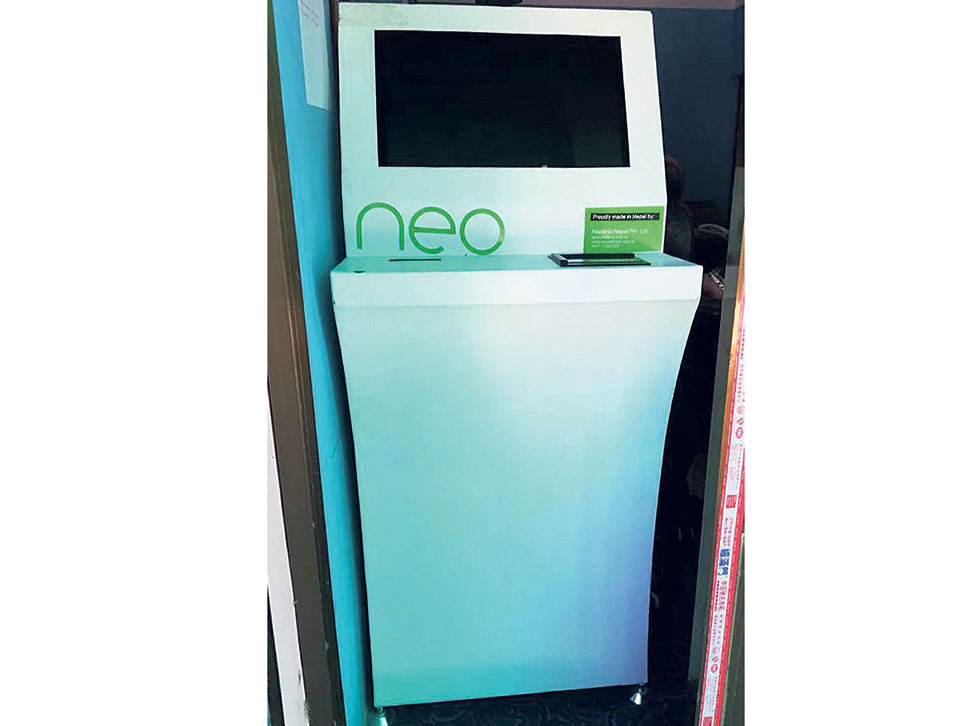 With this new facility, foreigners entering the country through Rasuwagadhi border crossing can now fill up visa application form by using the kiosk. This means there will be no paperwork involved in the visa application process.

According to immigration officials, foreigners can also extend their visa from the Immigration Office, Rasuwagadhi, itself.

Ishwar Raj Paudel, director general of Department of Immigration, said that paperless visa application system is a part of reform measures initiated by his department. "This has improved our service delivery," he said, adding: "We are installing passport readers at the office within 10 days so that the office so as to make the office MRP-compatible."

The department has been installing 'immi' software, which runs on the kiosk, in all 13 immigration offices across the country.

Chief of the Immigration Office, Rasuwagadhi, Manoj Kumar Pokharel, said that the office installed the kiosk after witnessing significant surge in movement of tourists through the border crossing.

Rasuwagadhi is becoming a popular border crossing for foreign tourists heading to Kailash-Mansarovar region of Tibetan Autonomous Region of China.

Pokharel said the new technology will enable immigration officials to stop the possibility of black-listed foreign nationals traveling through the border point.

According to Pokharel, an average of 2,500 foreigners travel through the immigration point every week. Over 30,000 Chinese and third country tourists have entered Nepal via this route since 2016.

Data compiled by the immigration office shows citizens of 52 countries have traveled though this border crossing.

RASUWA, Aug 26: Repair works of Rasuwagadhi trade route, which links the country with the northern neighbor China, has begun from... Read More...

RASUWA, July 29: Rasuwagadhi border point, the only trade route connecting Nepal to China, has been shut down after a... Read More...