One dies, two injured in jeep accident in Dadeldhura 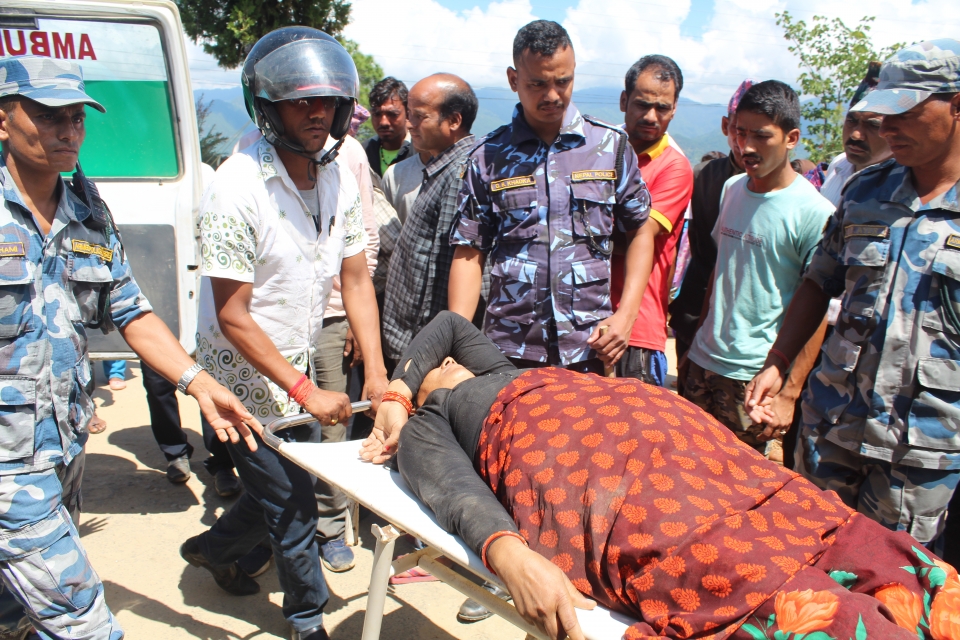 DADELDHURA, Aug 28: One person died and two others sustained injuries when a jeep met with an accident in Bhageshwar rural municipality-4, Dunari at around 10 am on Wednesday.

The deceased has been identified as Manmati Chanda, 63, of Patan Municipality-7, Kailpal. She breathed her last on the spot.

The pick-up jeep (Se 1 Ja 210) en route to Dadeldhura bazaar carrying twenty passengers from Dewalpur of Ajayameru rural municipality fell backward when it could not move ahead in the turn due to heavy load.

According to Deputy Superintendent of Police Dadhiram Neupane, the accident might have taken place due to heavy load.

The injured have been undergoing treatment in Dadheldhura district hospital while other passengers who sustained minor injuries returned home after minor treatments.

Although the jeep is licensed for only five seats, in coordination with the local authority, such jeeps can carry twelve passengers.

BAJURA, Jan 2: Four people died, four others sustained injuries and one went missing when a jeep met with an... Read More...

DOTI, April 24: Identities of five people killed in the Dadeldhura bus accident this morning have been ascertained. ... Read More...

DADELDHURA, April 24: At least seven people were killed while 24 others sustained injuries when a bus met with an... Read More...