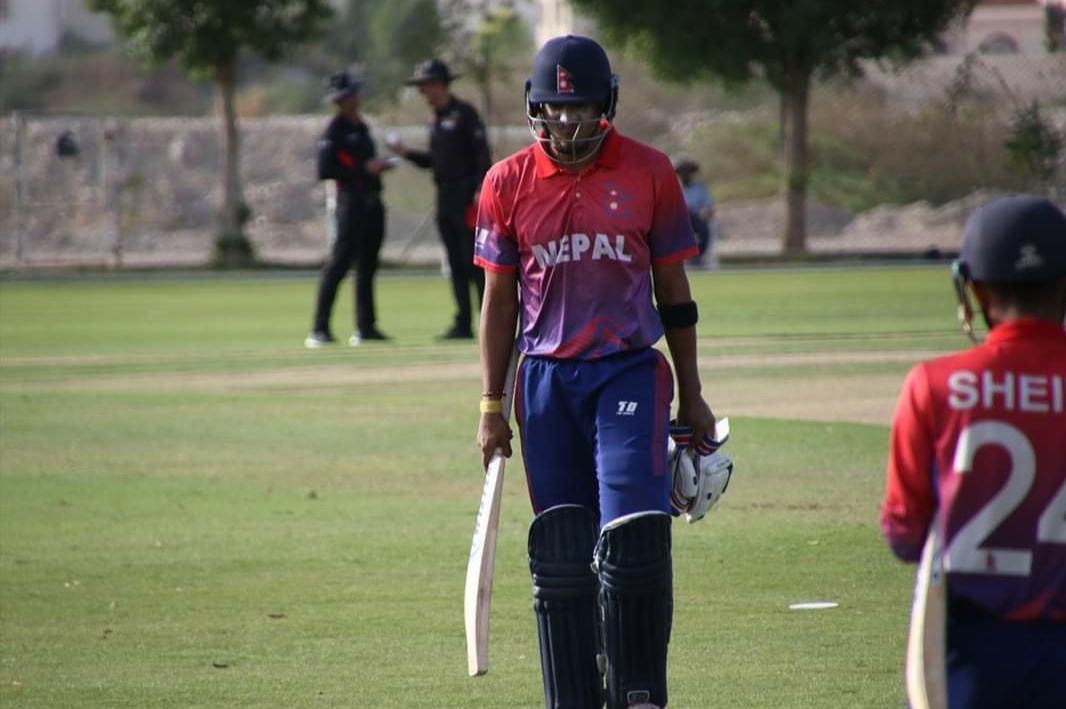 After losing the toss, Nepal were invited to bat first and lost both of the wickets in the third over. Aarif Sheikh(20) and Dipendra Singh Airee (11) only reached the double-digit mark. After being all-out in just 11 overs, Nepal posted the target of only 65 runs.

Oman lost only four wickets while chasing the target in 12th over with 49 balls remaining. Suraj Kumar scored 42 runs off 30 deliveries to guide his side to the victory.

With this win, Oman has won the Pentangular T20 Series comprising Hong Kong, Nepal, Oman, Ireland and the Netherlands.