Oli is pushing the country back toward regression: Ex-PM Bhattarai 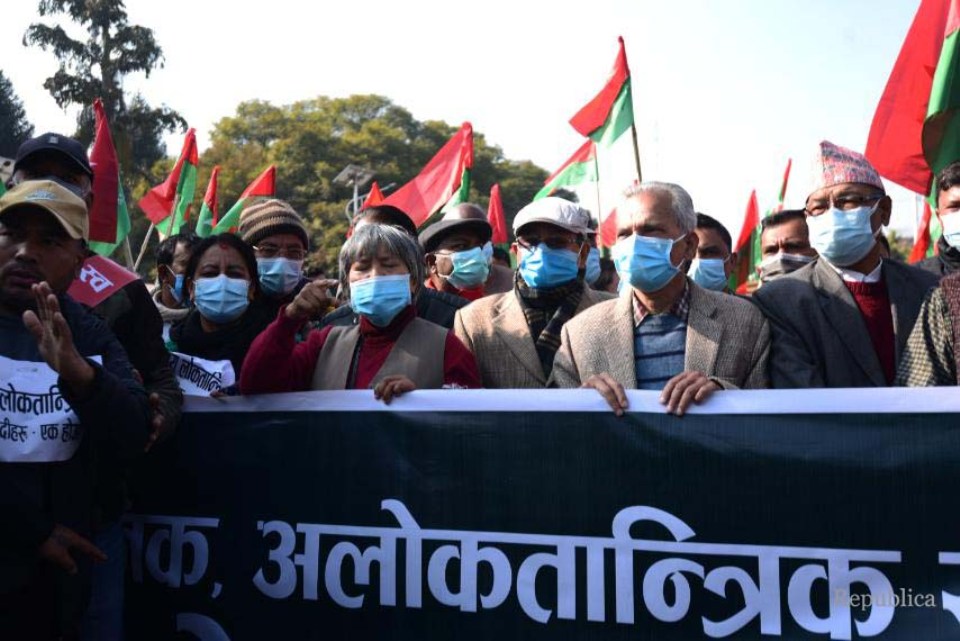 Former Prime Minister Dr Baburam Bhattarai along with other senior leaders of the party including Upendra Yadav, Mahantha Thakur and Ashok Rai marched along the streets from Ratnapark and went past Putalisadak. (Photo: Monika Malla/Republica)

Bhattarai, who is also the chairperson of the Federal Council of Janata Samajbadi Party (JSP), made the remarks on Sunday while addressing a demonstration organized by his party against the government's decision to dissolve the lower house of parliament.

"Prime Minister Oli is pushing the country back toward regression by capturing various state organs in a gradual manner and parliament dissolution was a part of that exercise. In fact, regression does not come at one go, it comes in various forms," Bhattarai said.

"There were 12 ministries lying vacant when I was serving as the prime minister. But, I did not appoint new ministers on moral grounds. Instead, I oversaw five-six ministries myself," Bhattarai said.

The JSP has launched protest demonstrations against the prime minister's move to dissolve parliament.

The current constitution does not allow PM to dissolve parliament: Speaker Sapkota

Speaker of the dissolved House of Representatives says he will convey his opinion to the Supreme Court. ... Read More...