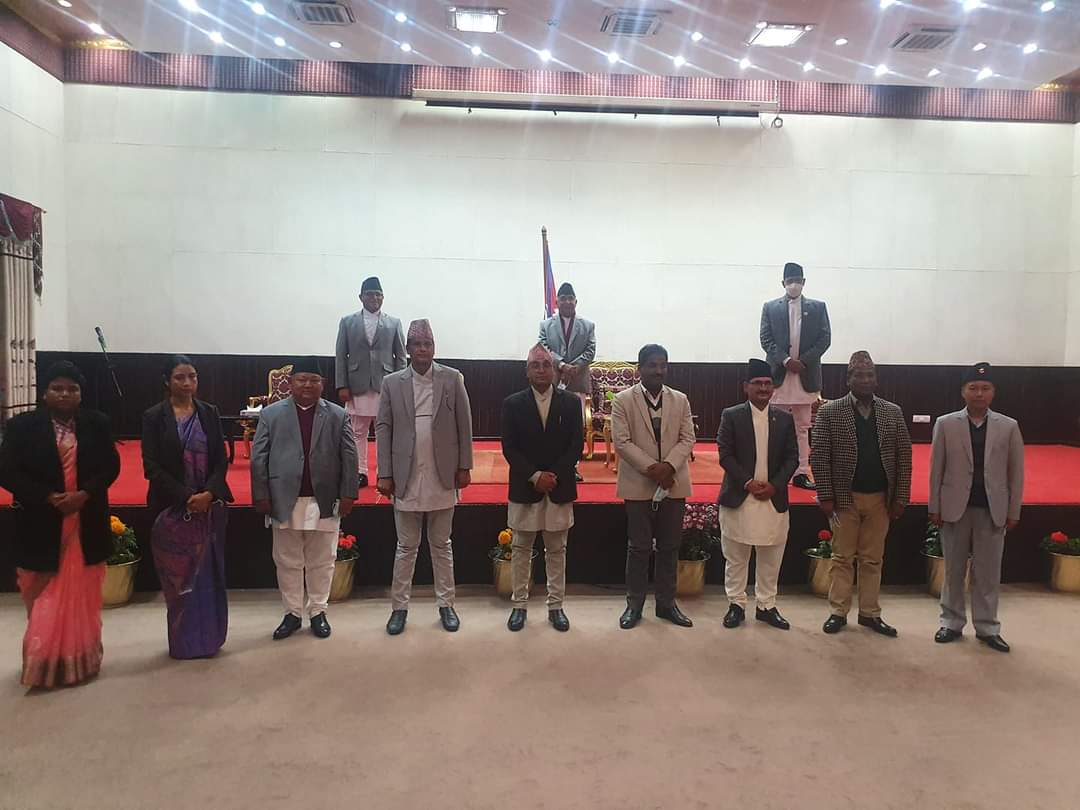 *The prime minister has also made a massive reshuffle in the ministerial portfolios of the incumbent ministers.

*Minister for Youths and Sports Jagat Bahadur Bishwakarma and State Minister for Industry Modi Dugad relieved from their positions.

Altogether seven cabinet ministers close to Pushpa Kamal Dahal and Madhav Kumar Nepal had resigned from the ministerial posts following the move to dissolve the parliament. KATHMANDU, March 17: Prime Minister KP Sharma Oli on Sunday ruled out the possibility of reshuffle in the Council of... Read More...