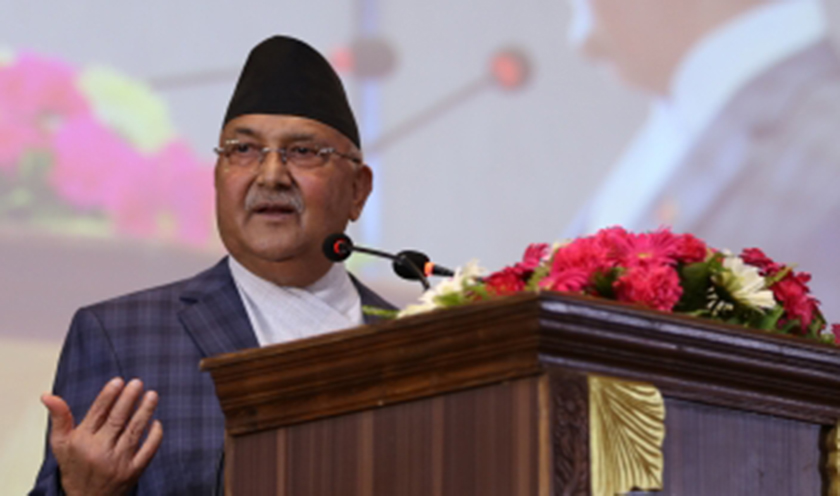 Former UML leaders are for giving the continuity to the People’s Multi-Party Democracy, a principle which accepts competitive democratic politics propounded by late Madan Bhandari, as the guiding principle of the new party as well. The former Maoists, however, are against the idea of adopting Bhandari’s principle in the changed context.

“We have now cemented the party unification process. We have now agreed to accept people’s democracy [as the party’s guiding principle]. This has not differentiated the characteristics of peoples’ multi-party democracy,” said Oli.

“This cannot undermine the characteristics of people’s multiparty democracy. We have now adopted peoples’ democracy and will move ahead accordingly,” he added.

Even as two prominent communist parties - UML and Maoists - merged to form NCP in May last year, ideological differences have emerged as a major bone of contention in the party of late. A section of former UML leaders has been protesting against the party leadership for the latter’s failure to mention “peoples’ multi-party democracy” as the new party’s guiding principle. On the other hand, leaders with Maoist background have been expressing dissatisfaction over the party’s guiding principle.

In its unpublished political report, the party has decided to go ahead with “peoples’ democracy” as the guiding principle.