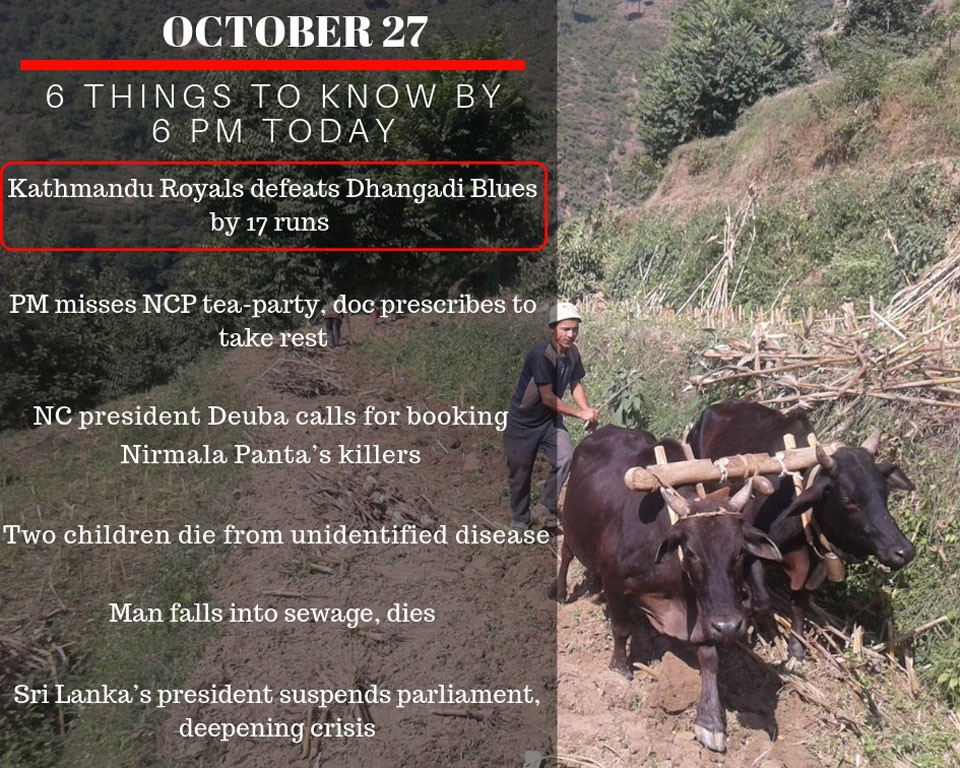 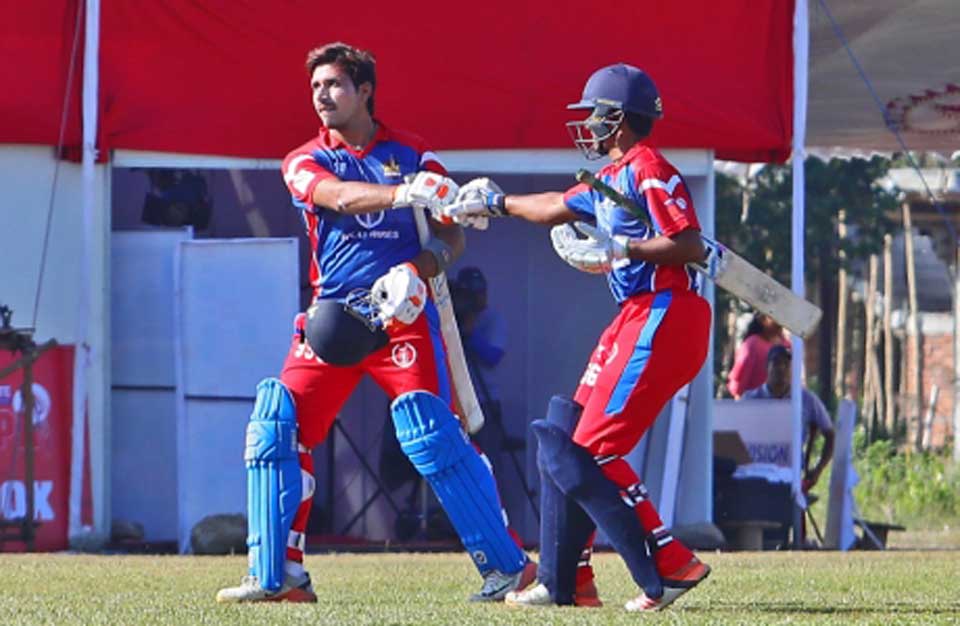 Kathmandu Royals have won the match against Dhangadi Blues by 17 runs on the ongoing Pokhara Premier League (PPL-2018) at Pokhara Cricket Stadium on Saturday. After winning the toss, Kathmandu Royals elected to bat first and scored 180 runs in 20 overs losing three wickets.

Prime Minister KP Sharma Oli could not attend the tea party organized by his own party Nepal Communist Party on Saturday. PM and party chairperson Oli missed the event following health issue. According to the source at Baluwatar, the medical team attending Oli prescribed him to take rest.

Nepali Congress president Sher Bahadur Deuba has called for bringing to book the culprits responsible for the rape and then murder of Nirmala Panta. Addressing the greetings exchange and tea reception organized at the party office in Sanepa, Lalitpur today on the occasion of the 65th anniversary of the establishment of Nepal Tarun Dal, he said those responsible for the heinous crime should not be acquitted merely by removing two police officers.

A man died after falling into sewage drain near the main entrance to the Tribhuvan University Balkhu. The Metropolitan Police Circle, Kirtipur confirmed the death of Shyam Shrestha of Chagal of Kathmandu Metropolis-15 in the incident happened this morning.

Sri Lanka’s president suspended parliament on Saturday even as the prime minister he fired the previous day claimed he has majority support, adding to a growing political crisis in the island nation. Chaminda Gamage, a spokesman for the parliamentary speaker, confirmed that President Maithripala Sirisena had suspended parliament until Nov. 16.