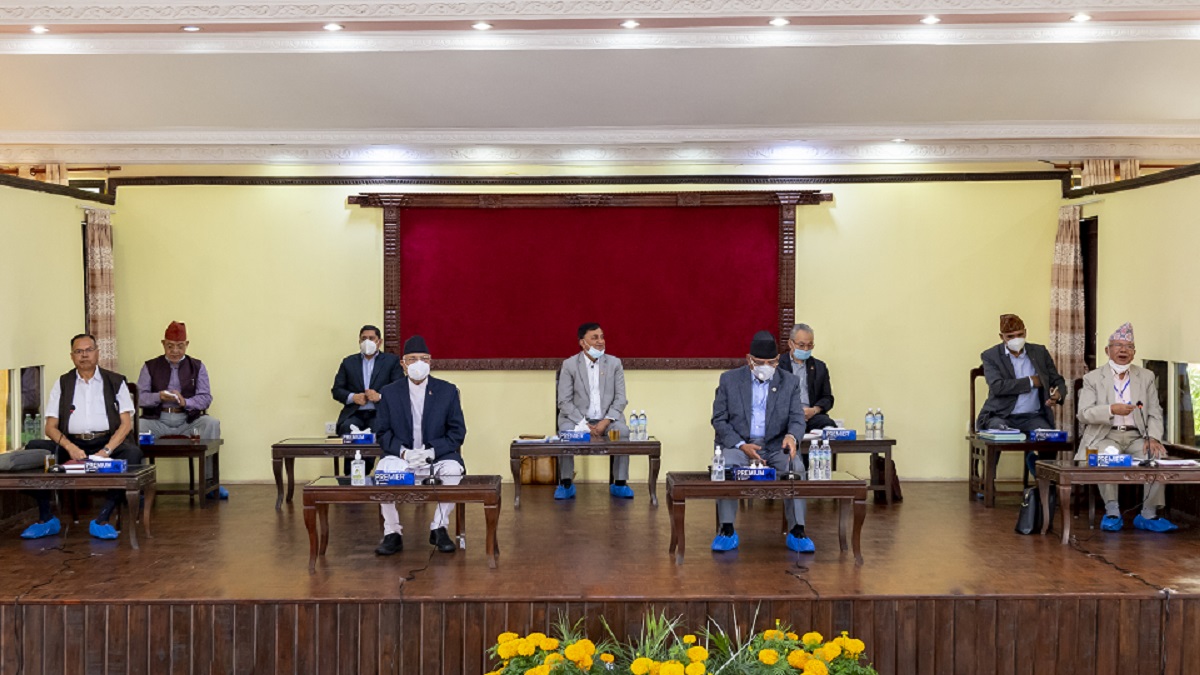 It is learnt that Oli is not giving due priority to the party's crucial meeting as most of the leaders in the Standing Committee are against the Oli-led government's plan to get the US Millennium Challenge Compact (MCC)  ratified from parliament and the government's weak response to the Covid-19 pandemic.

The two chairs of the party blamed each other for non-cooperation on the first day of the meeting on Wednesday—in which Oli blamed Dahal for not supporting the government's good works while Dahal accused Oli of violating the consensus reached with him in the past in terms of running the party and power sharing on rotational basis. Dahal said he was not happy with Oli's unilateral decisions while running both the party and the government.

According to the party leaders, Oli who is also the prime minister, stayed in the meeting barely for 30 minutes. On Friday, the majority of the Standing Committee members lambasted Oli for boycotting the meeting.

However, spokesperson for the party, Narayan Kaji Shrestha said that the prime minister could not stay in the meeting till the end today due to health issues.

The meeting had started at the Prime Minister's Official Residence in Baluwatar on Wednesday. The NCP leaders are expressing their views on contemporary political issues including the parliamentary ratification of the US Millennium Challenge Compact (MCC), border issues with India, the government's response to Covid-19 etc.

During yesterday and today's meetings, the NCP Standing Committee members raised questions on the government's inability to hold talks with India on India's encroachment upon Nepali territories including Lipu Lekh and Kalapani.

Foreign Minister Pradeep Kumar Gyawali, who is also a Standing Committee member of the party, told the party leaders that India is reluctant to hold talks with Nepal on border issues owing to the Covid-19 pandemic. "Despite our repeated calls for holding dialogue, India has not given a positive response for the same. However, we are trying our best through formal and informal channels," Gyawali said.

In today’s meeting, the Standing Committee members hailed the issuance of the country’s new administrative and political map and its endorsement from parliament, calling it a historic task. The NCP leaders called for retrieving Nepali territories including Kalapani which has been under the Indian occupation since 1962. They also urged the government to make serious efforts for the same.

The meeting of the NCP's Standing Committee will resume on June 30. 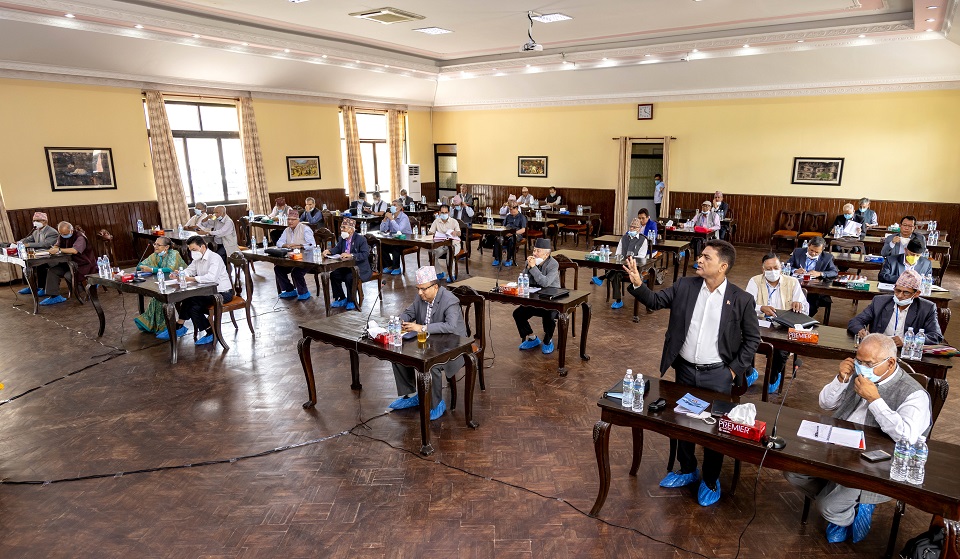 KATHMANDU, Aug 17: The Secretariat meeting of the ruling Nepal Communist Party (NCP) has convened on Monday after a hiatus... Read More...

KATHMANDU, July 8: The Standing Committee meeting of the ruling Nepal Communist Party (NCP) has been postponed yet again. The... Read More...

KATHMANDU, Dec 10: Amid uproar in the party rank and file, the ruling Nepal Communist Party (NCP) has called its standing... Read More...