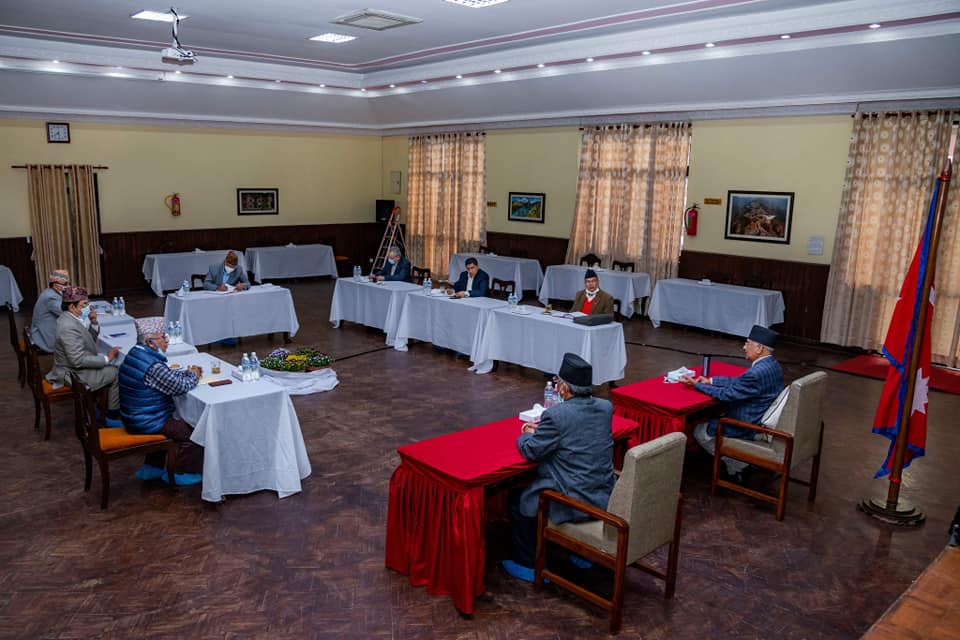 KATHMANDU, May 2: A meeting of the ruling Nepal Communist Party (NCP) Secretariat has decided to elect the party's Vice-chairman Bamdev Gautam to the House of Representatives “at an appropriate time”.

The meeting held at the Prime Minister's Official Residence in Baluwatar on Saturday evening made a decision to this effect, according to the party’s Spokesperson Narayan Kaji Shrestha.

During the Secretariat meeting on Saturday, NCP Chairperson and Prime Minister KP Sharma Oli said that he will not repeat his mistakes in the coming days in order to keep the party united.

"The meeting has decided to keep the party unified, run the party as per the norms and values of the communist parties. The government will work to realize the goal of achieving socialism-oriented social and economic transformation, adhering to the party's instructions," Shrestha said.

Shrestha said Prime Minister Oli has vowed not to repeat his past mistakes while running both the party and the government.

The meeting took place at a time when there is a growing mistrust among the top leaders of the ruling party owing to the performance of the Oli-led government and the growing control of chairperson Oli in the party's functioning and roles.

The meeting has been able to reduce the growing intra-party disputes between the party establishment and the rival factions led by Pushpa Kamal Dahal and Madhav Kumar Nepal at least for now, according to party leaders.

1,051 people infected with dengue in a single day
8 minutes ago