Numbers ones Nadal and Pliskova hunt second round wins 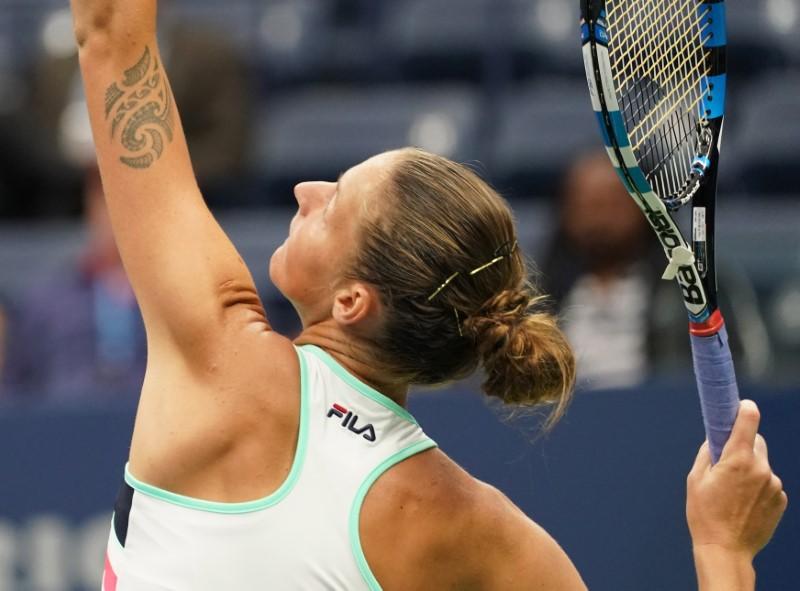 NEW YORK, August 31: Rafa Nadal and Karolina Pliskova will look to remain on cruise control as the two world number ones chase a place in the third round of the U.S. Open at Arthur Ashe Stadium on Thursday.

Pliskova, who needed just 78 minutes to breeze past Poland’s Magda Linette 6-2 6-1 in her opener will be eager to make similarly quick work of American qualifier Nicole Gibbs.

The Czech, however, will have to be wary of the 127th ranked Gibbs, who made the third round of the Australian Open before falling to eventual champion Serena Williams.

Nadal needed a tight first set to get in gear in his opening match then raced past Serb Dusan Lajovic 7-6 (6) 6-2 6-2 and will be well rested for his meeting with Japan’s Taro Daniel.

The 121st ranked Daniel, who was born in the United States and lives in Spain, was involved in a five-set marathon against American Tommy Paul on Wednesday in a match that was pushed back after rain wiped out play on Tuesday.

Federer has won all 16 head-to-head meetings with Youzhny.

Parties in final phase to select candidates for second round polls

BIRATNAGAR, May 22: With the second round of the local elections now just 23 days away, major political parties in Province-1... Read More...