Number of global displaced up to 65.6 million last year: UN 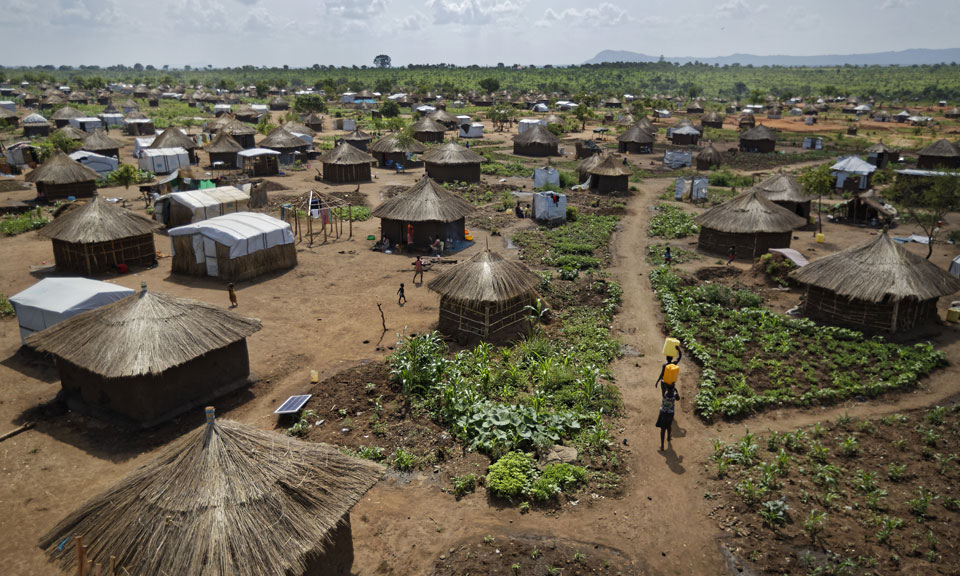 Women carry plastic containers of water back home from a well, in a section of the sprawling complex of mud-brick houses and tents that makes up the Bidi Bidi refugee settlement in northern Uganda. Bidi Bidi is now the world's largest refugee settlement holding some of those who fled the civil war in South Sudan, which has killed tens of thousands and driven out more than 1.5 million people in the past three years, creating the world's largest refugee crisis. Photo: AP

GENEVA, June 19: The number of people displaced from their homes across the world climbed slightly to 65.6 million last year, with the escalating conflict in South Sudan accounting for the rise, the United Nations refugee agency said Monday.

The total number of displaced people worldwide, a figure that includes refugees, asylum-seekers and people uprooted inside their own countries, was some 300,000 higher at the end of 2016 than at the end of 2015, the United Nations High Commissioner for Refugees said. That was a smaller increase than in the four previous years.

Of the total, some 10.3 million people were newly displaced in 2016, around two-thirds fleeing within their own countries, according to an annual report by the group.

Syria's six-year civil war remained the largest single source of displacement, with 12 million people — around two-thirds of the population — either uprooted within the country of having fled abroad, the group said.

They were followed by some 7.7 million Colombians, 4.7 million Afghans, 4.2 million Iraqis and 3.3 million South Sudanese.

Syria is the only country in which a majority of the population is forcibly displaced. South Sudan, with a little over a quarter, has the next-biggest proportion, the agency said.

The figures are based on the agency's own data and on numbers reported by governments and non-governmental organizations.

AMMAN, July 3: A regime offensive in southern Syria has forced more than 270,000 people from their homes, the United Nations... Read More...