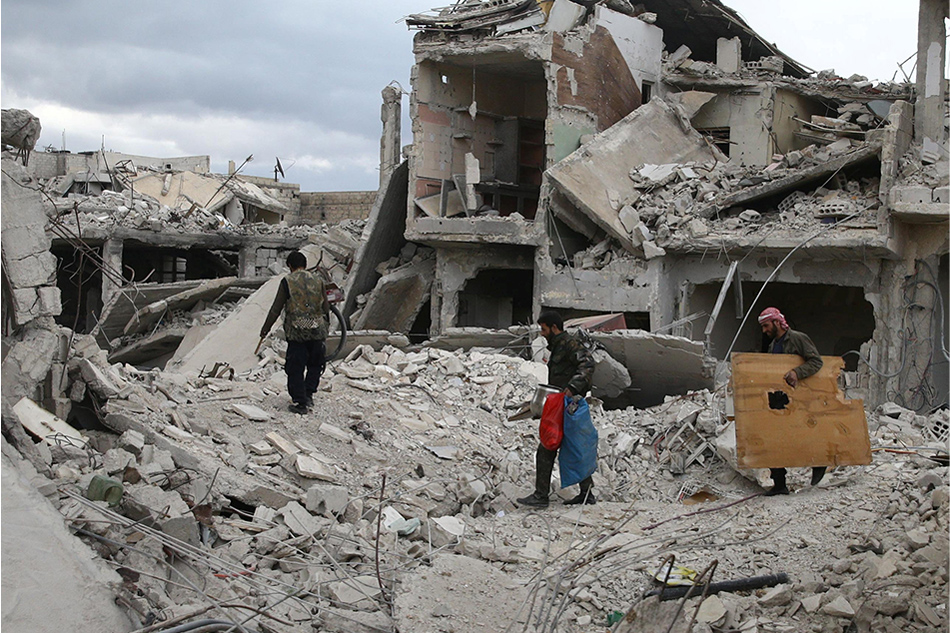 AMMAN, July 3: A regime offensive in southern Syria has forced more than 270,000 people from their homes, the United Nations said on Monday.

“We were expecting the number of displaced in southern Syria to reach 200,000, but it has already exceeded 270,000 people in record time,” said Mohammad Hawari, the spokesperson for UN refugee agency UNHCR in Amman.

Rebels in southern Syria were sharply divided over whether to accept deals offered by government backer Russia that would see regime forces retake control of opposition towns.

After talks with Moscow, a wave of rebel areas in the south agreed in recent days to a government takeover in exchange for an end to nearly two weeks of ferocious air strikes and barrel bombing.

With those capitulations, regime forces have doubled their territorial control in the main southern province of Daraa to around 60 percent since operations began on June 19.

But other opposition bodies have rejected the deals.

In a statement on Monday, the civilian half of the opposition’s delegation to talks said they withdrew.

“We did not attend negotiations today. We were not party to any agreement and we never will be,” said the statement, signed by negotiator Adnan Musalima.

It accused some actors of trying to secure personal interests through the agreements.

The Britain-based Syrian Observatory for Human Rights said on Monday there were “divisions among rebel groups” over whether to agree to the terms proposed by Russia.

Under the deal offered, rebels would hand over medium and heavy weapons and Syrian state institutions would resume work. Displaced families could return with guarantees by Russian military police.

Men who defected from Syria’s armed forces or who did not complete their compulsory service could regularise their status with the regime within six months.

And regime forces would take over the Nasib border crossing with Jordan as well as deploy along the frontier with the Israeli-occupied Golan Heights, Observatory head Rami Abdel Rahman said and activists said.

But many residents of opposition towns worry that a deal struck with Russia would only be violated later on, said Daraa activist Omar Hariri.

Since the terms did not include mass population transfers to other opposition-held zones, like in previous deals, residents feared regime forces would abduct or arrest its opponents in “acts of revenge,” Hariri said.

“The situation is tough, and the rebels and all opposition entities in Daraa are facing very difficult choices. The noose is getting tighter and tighter."

Schools displaced by quake-induced landslide yet to resume

RASUWA, Jan 18:  Dry landslides following the devastating earthquakes of 2015 had swept away several houses and schools in Rasuwa. Even... Read More...