Nripa Bahadur Od: The first dalit mayor of a sub-metropolis 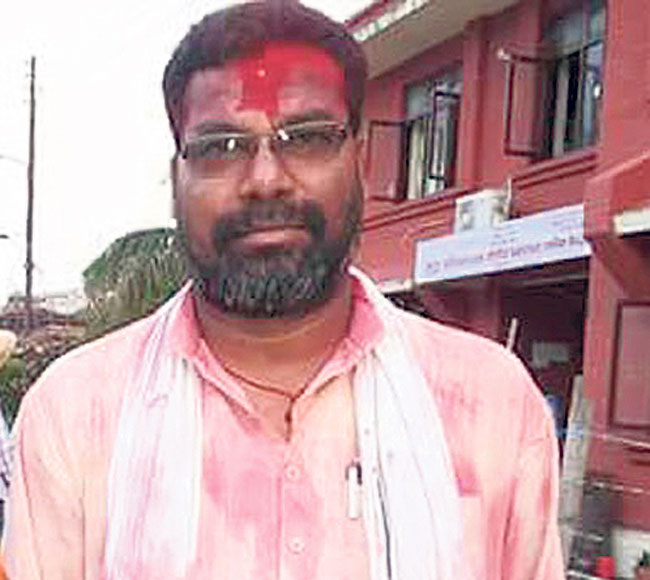 Od has succeeded to get elected to the coveted post in the far-western region, where caste-based discrimination is still widely prevalent. His candidacy was keenly watched in the region as Dhangadhi is considered the center of Province 7.

Many people had assumed that he wouldn't be able to secure votes from the so-called high-caste communities in the town. While speaking at a mass gathering before the elections, Prime Minister Sher Bahadur Deuba had to say - "Many of you might be wondering how to greet a Dalit mayor but don't worry, you won't have to greet him as he himself will first greet you with his two palms."  Addressing the large mass of people present in the gathering, the prime minister had to say - "I assure all of you that he will be the easiest person to get your things done."

Surprising many, Od bagged the mayoral post. "I am thankful to all locals for their support and I think they all have done justice to me," said Od adding, "Now, it's time for me to make my people happy by leading them towards development."

According to him, there was a lot of internal feud even within the NC over his candidacy. However he was able to convince the party leadership that he would win the election if given a chance.

On the other hand, there are some locals who believed that his caste favored him to win more votes. "Dalits who were long struggling against discrimination voted for him even by crossing party line," said Tirtha Raj Pandey, a local teacher. "But his victory has given a great message to society."

Od's victory has not only elated the Dalit community but has also made them optimistic for a better future. "By going against the traditional ideologies and mindset, people have done justice to Dalits," said Janak Pandey, a local intellect. He further stated that it is the beginning of a journey toward an equal society.

Born in a destitute family, Od joined politics when he was still a student. Though his involvement in politics hampered his studies, he has no regrets now. "I got into during my childhood as I had an impression that politics is the best medium for social change," Od said.  His political career is full of ups and downs as he has experienced jail terms, been the part of mass movements and protests.

Od, garnered 14,324 votes while his closest rival Gopal Hamal, an independent candidate, got 11,527 votes. After assuming office, newly-elected mayor Od is planning to develop Dhangadhi as a smart city by improving roads and basic facilities such as drinking water, electricity, and irrigation. Besides that, he wants to improve the living standard of the poor and marginalized communities by providing them with job opportunities in the fields of education, health, business, tourism and other sectors.

NEA plans to supply 2,000 MW to Bara-Parsa Industrial Corridor in next 5 years
21 hours ago

RPP in favor of fully proportional elections
22 hours ago